Strange Galaxy is 200 Times Smaller than Milky Way, But 10,000 Times Denser Than Our Solar Neighborhood

The night skies in these galaxies would be spectacular. 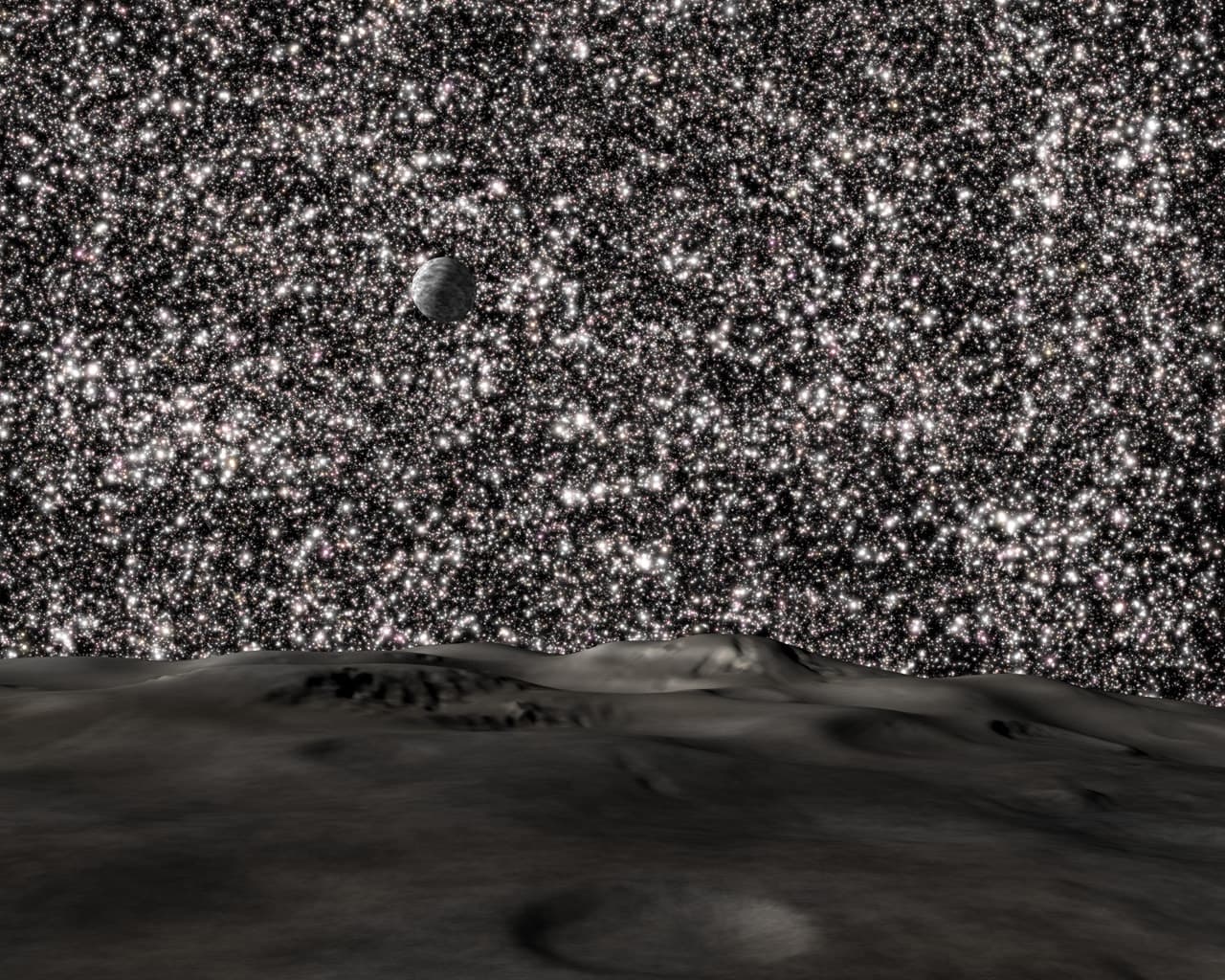 Some undergraduates at San Jose State University have discovered two galaxies that are the densest known. Similar to ordinary globular star clusters but a hundred to a thousand times brighter, the new systems have properties intermediate in size and luminosity between galaxies and star clusters.

The first system discovered by the investigators, M59-UCD3, has a width two hundred times smaller than our own Milky Way Galaxy and a stellar density 10,000 times larger than that in the neighborhood of the Sun. For an observer in the core of M59-UCD3, the night sky would be a dazzling display, lit up by a million stars. The stellar density of the second system, M85-HCC1, is higher still: about a million times that of the solar neighborhood. Both systems belong to the new class of galaxies known as ultracompact dwarfs (UCDs).

The study, led by undergraduates Michael Sandoval and Richard Vo, used imaging data from the Sloan Digital Sky Survey, the Subaru Telescope, and the Hubble Space Telescope, as well as spectroscopy from the Goodman Spectrograph on the Southern Astrophysical Research (SOAR) Telescope, located at the Cerro Tololo Inter-American Observatory site. The National Optical Astronomy Observatory (NOAO) is a SOAR partner. The SOAR spectrum was used to show that M59-UCD3 is associated with a larger host galaxy, M59, and to measure the age and elemental abundances of the galaxy’s stars.

“Ultracompact stellar systems like these are easy to find once you know what to look for. However, they were overlooked for decades because no one imagined such objects existed: they were hiding in plain sight,” said Richard Vo. “When we discovered one UCD serendipitously, we realized there must be others, and we set out to find them.”

The students were motivated by the idea that all it takes to initiate a discovery is a good idea, archival data, and dedication. The last element was critical, because the students worked on the project on their own time. Aaron Romanowsky, the faculty mentor and a coauthor on the study, explained, “The combination of these elements and the use of national facilities for follow up spectroscopy is a great way to engage undergraduates in front-line astronomical research, especially for teaching universities like San Jose State that lack large research budgets and their own astronomical facilities.”

The nature and origins of UCDs are mysterious—are they the remnant nuclei of tidally stripped dwarf galaxies, merged stellar super-clusters, or genuine compact dwarf galaxies formed in the smallest peaks of primordial dark matter fluctuations?

Michael Sandoval favors the tidally stripped hypothesis. “One of the best clues is that some UCDs host overweight supermassive black holes. This suggests that UCDs were originally much bigger galaxies with normal supermassive black holes, whose fluffy outer parts were stripped away, leaving their dense centers behind. This is plausible because the known UCDs are found near massive galaxies that could have done the stripping.”

An additional line of evidence is the high abundance of heavy elements such as iron in UCDs. Because large galaxies are more efficient factories to make these metals, a high metal content may indicate that the galaxy used to be much larger. To test this hypothesis, the team will investigate the motions of stars in the center of M59-UCD3 to look for a supermassive black hole. They are also on the hunt for more UCDs, to understand how commonly they occur and how diverse they are.

Read This Next
Kill It With Fire
Astronomers Find Five Dozen Baby Black Holes in Distant Psychotic Chaos Galaxy
More on Hard Science
Tractor Beam
Jan 26 on the byte
Scientists Build Working Tractor Beam, Although It's Comically Tiny
Having a Blast
Jan 18 on the byte
New Study Shows Where You Should Hide to Survive a Nuclear Attack
Offworld Amino
Jan 15 on the byte
Scientists Find Building Blocks of Life in Meteor That Smashed Into Family's Driveway
READ MORE STORIES ABOUT / Hard Science
Keep up.
Subscribe to our daily newsletter to keep in touch with the subjects shaping our future.
+Social+Newsletter
TopicsAbout UsContact Us
Copyright ©, Camden Media Inc All Rights Reserved. See our User Agreement, Privacy Policy and Data Use Policy. The material on this site may not be reproduced, distributed, transmitted, cached or otherwise used, except with prior written permission of Futurism. Articles may contain affiliate links which enable us to share in the revenue of any purchases made.
Fonts by Typekit and Monotype.