This "Stellar Engine" Would Move an Entire Solar System

It could push the Sun at a speed of about 50 light years per one million years. 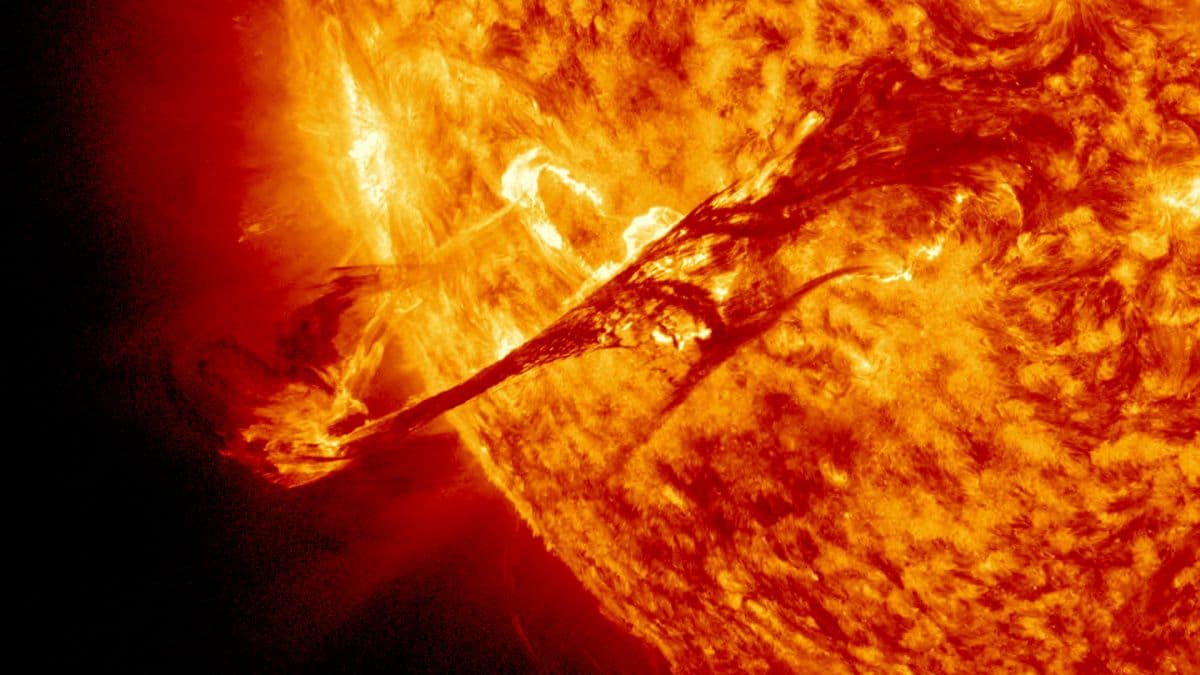 Researchers across the globe are already working on ways to destroy or at least redirect any killer asteroids before they slam into the Earth.

But what if scientists discover that Earth is threatened by an entire asteroid shower? Or that some other cosmic phenomenon, such as nearby star going supernova, is on track to destroy the planet?

In those instances, our survival might depend not on stopping the destructive event, but on getting the hell out of its way — and now, an astrophysicist has designed a stellar engine that could theoretically move Earth's entire solar system from one part of the Milky Way to another.

Matthew Caplan from Illinois State University designed the machine at the behest of Munich-based YouTube channel Kurzgesagt. The channel then created a stunning video to illustrate the device, which it dubbed the Caplan Thruster, and a paper Caplan wrote describing the machine has also been published in the journal Acta Astronautica.

The device would work much like a rocket. From a position near the Sun, it would use a Dyson sphere to collect mass from the star and then separate it into hydrogen and helium. The machine would then burn the helium in fusion reactors to generate thrust behind it, while shooting a jet of accelerated hydrogen particles at the Sun to ensure it didn't slam right into the star.

This would allow the Caplan Thruster to work like a giant tugboat, pushing the Sun from its current location to a new one at a speed of about 50 light years per one million years.

That might not seem very fast, but according to the Kurzgesagt video, the type of event that would necessitate using a solar engine wouldn't exactly sneak up on humanity — we'd likely know about it thousands or even millions of years in advance.

That means the Caplan Thruster would be speedy enough to get the Sun out of harm's way. And thanks to gravity, wherever the Sun goes, the Earth and the rest of the planets will follow.