"Humanity is very busily sitting on a limb that we're sawing off." 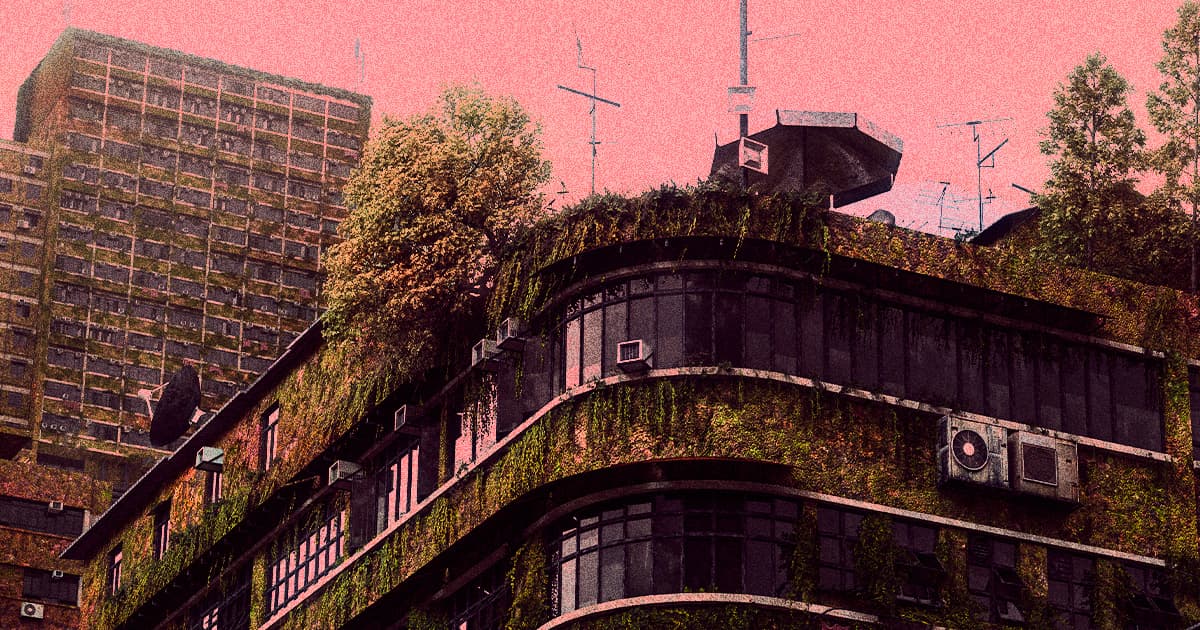 On New Year's Day, several Stanford scientists joined CBS' Scott Pelley on the program "60 Minutes" to discuss the global mass extinction crisis. Spoiler: no one had any good news.

According to Barnosky, such rapid population loss means that Earth is currently experiencing the worst mass extinction episode since the dinosaurs. And while Earth itself has repeatedly recovered from mass extinction events, the vast majority of the life existing on our planet at the time has not.

Unfortunately, that may well include us humans — or, at least, the trappings of our technological civilization.

"I and the vast majority of my colleagues think we've had it," Barnosky's Stanford colleague Paul Ehrlich, who also appeared on the show, told Pelley, "that the next few decades will be the end of the kind of civilization we're used to."

That grim reality, according to the researchers, means that even if humans manage to survive in some capacity, the wide-reaching impacts of mass extinction — which include habitat destruction, breakdowns in the natural food chain, soil infertility, and more — would cause modern human society to crumble.

In other words? If humans don't drastically course-correct, the havoc we're wreaking on the planet will very unpleasantly do so for us. It's a grim warning, but one that other experts are echoing.

Ehrlich, it's worth noting, is somewhat of an overpopulation and mass extinction icon. He published "The Population Bomb," one of the first modern books on the dangers of excess human development and population growth, back in 1968, and was considered an alarmist for the controversial predictions he made at the time. Although not all of his contentious forecasts came true, two big ones — that greenhouse gases would melt polar ice, and that humanity would overwhelm the wild — have undoubtedly since materialized. And sadly, his reasoning for their realization feels depressingly familiar.

According to Ehrlich, the problem is "too many people, too much consumption and growth mania" — a reality that few would likely argue is showing any meaningful sign of slowing down.

"Humanity is not sustainable. To maintain our lifestyle (yours and mine, basically) for the entire planet, you'd need five more Earths," Ehrlich told his interviewer. "Not clear where they're gonna come from."

"Resources that would be required, the systems that support our lives, which of course are the biodiversity that we're wiping out," the 90-year-old researcher added. "Humanity is very busily sitting on a limb that we're sawing off."

Read This Next
Sundowned
Mexico Bans Startup From Future Solar Geoengineering Experiments
Knew It All Along
Exxon Scientists Knew About Global Warming for Decades While Company Denied It
Fusion vs Fiction
Gloomy Physicists Say Nuclear Fusion Breakthrough Is Too Late to Save Us
Sun Shield
Scientists Increasingly Calling to Dim the Sun
Coastal Chaos
The Doomsday Glacier Is Hanging on "By Its Fingernails," Scientists Say
More on Earth & Energy
Stem Ware
Friday on the byte
Scientists Discover World's Oldest Preserved Vertebrate Brain
From Bad to Worse
Thursday on the byte
Global Warming Is Worse Than We Thought, AI Tells Scientists
RIP Fred
Thursday on the byte
Instead of Predicting Length of Winter, Groundhog Simply Dies
READ MORE STORIES ABOUT / Earth & Energy
Keep up.
Subscribe to our daily newsletter to keep in touch with the subjects shaping our future.
+Social+Newsletter
TopicsAbout UsContact Us
Copyright ©, Camden Media Inc All Rights Reserved. See our User Agreement, Privacy Policy and Data Use Policy. The material on this site may not be reproduced, distributed, transmitted, cached or otherwise used, except with prior written permission of Futurism. Articles may contain affiliate links which enable us to share in the revenue of any purchases made.
Fonts by Typekit and Monotype.