SpaceX Racing NASA to Mars, Plans to Land on the Red Planet by 2018

A dragon is landing on Mars. No, really. 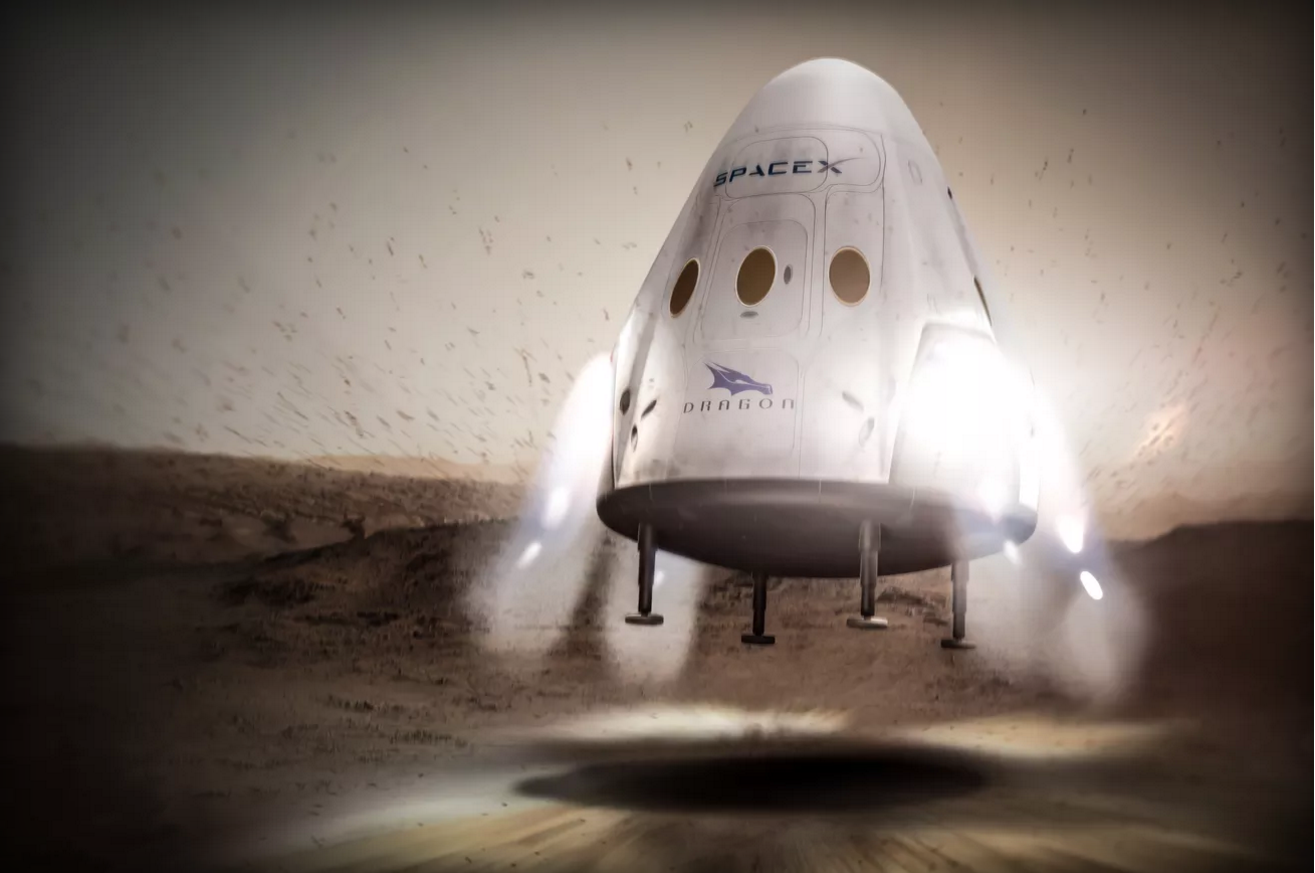 A dragon is landing on Mars—yes, you read that right.

According to today's announcement, SpaceX plans to send its Red Dragon spacecraft to Mars as early as 2018.

The company isn't saying much regarding how many spacecraft will end up on the Red Planet, but they hinted about a series of Dragon missions, promising more details soon. In a tweet, the company indicated that the capsules would fly on SpaceX's Falcon Heavy rocket, which will launch the capsules to the planet to test out how to land heavy payloads on Mars.

Planning to send Dragon to Mars as soon as 2018. Red Dragons will inform overall Mars architecture, details to come pic.twitter.com/u4nbVUNCpA

This would be a huge achievement for Elon Musk's company, and make SpaceX the first private spaceflight company to land a vehicle on another planet.

The Red Dragon is a modified version of the spacecraft that SpaceX uses to transport cargo to and from the International Space Station. It's equipped with eight SuperDraco engines that allow the capsule to land on solid ground, a technique known as a propulsive landing, which allow a more controlled landing. This could be an efficient way to get large amounts of hardware down to the surface of Mars—something NASA still hasn't quite figured out.

Figuring out the landing technique is important, but it's just part of what is needed to start a Mars colony.

The company will also need to develop an interplanetary transport vehicle, surface habitats, life support systems, and more (like, a lot more). However, if SpaceX meets their 2018 deadline, it suggests the company may be farther along than even NASA at putting people on the Red Planet.

Musk has said that he will reveal the full extent of his Mars colonization plan this September at the International Aeronautical Congress in Guadalajara, Mexico.

Read This Next
A Sip of Opal
NASA Discovers Precious Gemstones on Mars
Shot Well
Head of NASA Relieved to Hear Elon Musk Isn't REALLY Running SpaceX
Martian Oases
Scientist Proposes Growing a Forest Inside a Bubble on Mars
Big Impact
Meteorite Hit Mars So Hard NASA Thought It Was a Quake
Makeover Scene
Space Tourist Says He's Thinking About Flying SpaceX Craft Up to Fix Hubble
More on Off World
Killernova
Yesterday on the byte
Scientists Find "One in Ten Billion" Star System Primed to Explode in Titanic Kilonova
Lonely Planet
Feb 5 on futurism
Scientists Find Nearby Planet the Same Size of Earth, Plan to Search It for Life
Take Cover
Feb 4 on the byte
Space Startup Blows Up Another Giant Inflatable Space Station Module
READ MORE STORIES ABOUT / Off World
Keep up.
Subscribe to our daily newsletter to keep in touch with the subjects shaping our future.
+Social+Newsletter
TopicsAbout UsContact Us
Copyright ©, Camden Media Inc All Rights Reserved. See our User Agreement, Privacy Policy and Data Use Policy. The material on this site may not be reproduced, distributed, transmitted, cached or otherwise used, except with prior written permission of Futurism. Articles may contain affiliate links which enable us to share in the revenue of any purchases made.
Fonts by Typekit and Monotype.