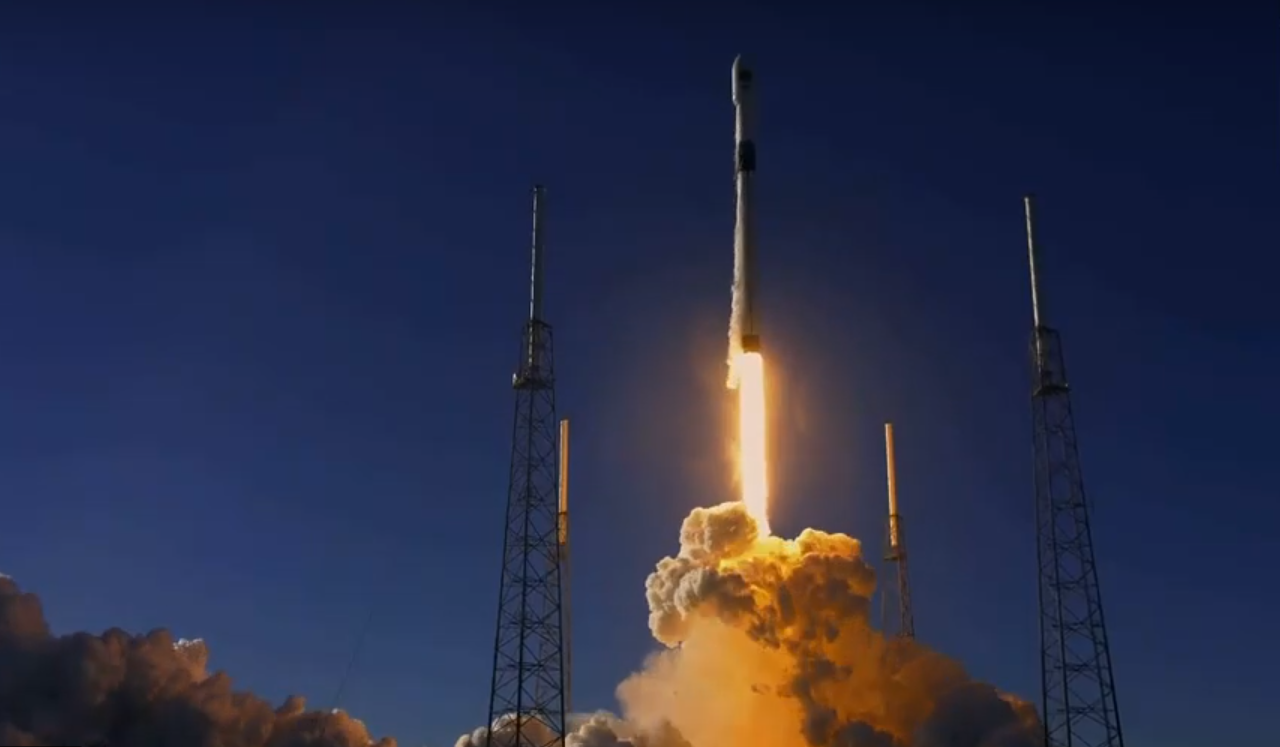 After a week of delays, SpaceX successfully launched a Falcon 9 rocket on Sunday morning at 8:51 a.m. EST, it's 21st launch of the year.

Carried to orbit atop the Falcon 9 rocket was a GPS III SV01 advanced GPS satellite, part of a network of next-generation satellites being installed in orbit by the U.S. Air Force.  The mission, originally awarded to SpaceX in April, 2016, is considered a National Security Space mission, critical to national defense and is SpaceX's first such mission.

The new GPS III SV01 satellite is part of a planned series of upgrades to the U.S. GPS network. Currently the Air Force maintains 31 GPS satellites, the first iteration of which launched between 1990 and 1997, while the most recent was launched in 2016. The GPS III SV01, with its state of the art technology, is the first of the next generation of satellites with more planned launches in 2019.

GPS III SV01, nicknamed Vespucci, in honor of Italian cartographer and explorer Amerigo Vespucci, will enable the Air Force to provide positioning, navigation, and timing information three times more accurate than that of data provided by other satellites in the GPS network. The information will help everyone from soldiers in the field to those trying navigate a new town.

Normally SpaceX attempts to land Falcon 9 first stages once they've separated from the rocket's second stage. This time the weight and high altitude orbit of the payload meant most of the Falcon 9's fuel would be expended during launch, leaving too little left to recover the rocket.

Despite not recovering the Falcon 9, SpaceX's successful 21st launch smashed the company's previous record of 18 launches in one year and having completed a mission deemed critical to national security is a sort of badge of honor to the pioneering rocket company. SpaceX will take on four additional GPS III missions, all of which will be launched on Falcon 9 rockets later in 2019.

More on SpaceX: SpaceX Smashed the Record for Commercial Space Launches This Year

Read This Next
Rain Check
Military Satellite Launch Delayed After Fuel Leak
Soaring High
SpaceX Successfully Launches First All-Civilian Space Mission
Rocket Envy
Elon Musk Just Dissed Russia's New Reusable Rocket Design
Reduce, Reuse, Recycle
This Startup Wants to Turn Space Junk Into Orbital Hotels
Budget Rocket Airlines
Elon Musk: SpaceX Launches Will Cost 1% of Current NASA Launches
More on Off World
Grrrrrrrr
Yesterday on the byte
Internet Erupts as NASA Spots Cartoon Bear on Surface of Mars
Gl1tc4
Yesterday on the byte
NASA Says Another James Webb Instrument Has Suffered a Glitch
comet Spotting
Yesterday on the byte
Behold! Dazzling Green Comet Approaches
READ MORE STORIES ABOUT / Off World
Keep up.
Subscribe to our daily newsletter to keep in touch with the subjects shaping our future.
+Social+Newsletter
TopicsAbout UsContact Us
Copyright ©, Camden Media Inc All Rights Reserved. See our User Agreement, Privacy Policy and Data Use Policy. The material on this site may not be reproduced, distributed, transmitted, cached or otherwise used, except with prior written permission of Futurism. Articles may contain affiliate links which enable us to share in the revenue of any purchases made.
Fonts by Typekit and Monotype.