Solar Impulse 2, the first all-solar plane, takes flight once again after being grounded in Hawaii. 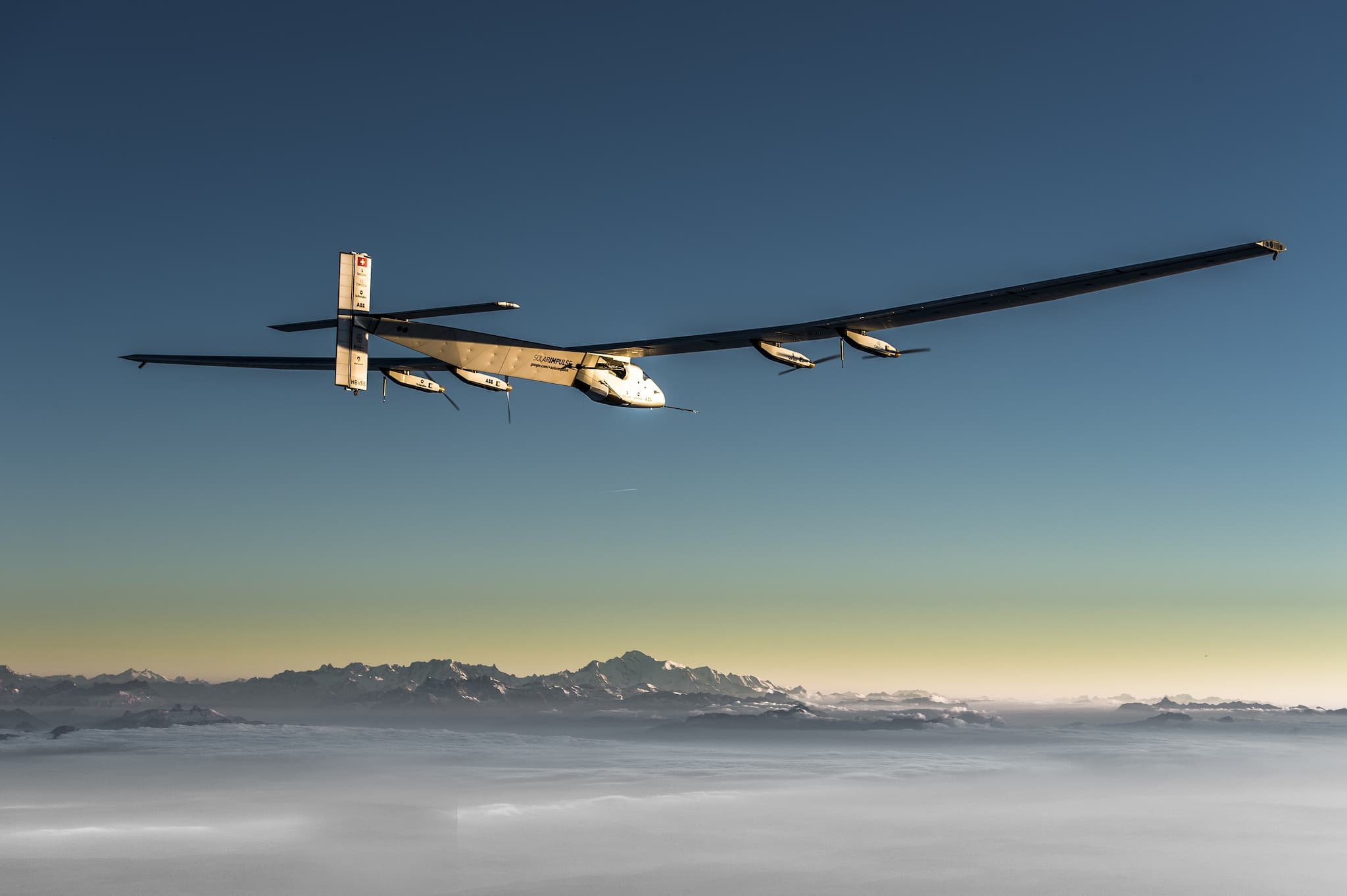 Solar Impulse 2, the first solar-powered plane with the ability to fly several days and nights, launched from Abu Dhabi on March 5, 2015. On what was supposed to be a five-month journey, its goal was to complete a round-the-world voyage fueled by its 17,248 monocrystalline silicon cells.

But it ran into some trouble during its Pacific leg, and was grounded in Hawaii for nine months.

SI2 is resuming its round-the-world voyage this April, after vital repairs have been completed and the sunny season has returned. It suffered battery damage during the 8,900 km (5,530 mi) journey from Japan to the Hawaiian Islands, and was grounded on July 2015.

The battery damage was due to overheating, with certain parts of the four 70-liter, lithium polymer batteries attached to the plane’s wings heating up due to temperature fluctuations. During the break, the SI2 team replaced the batteries with similar ones, installed new cooling systems, and conducted maintenance flights on the wing.

The next leg of their journey  will take them to North America, with the specific destinations still being chosen between Phoenix, the San Francisco area, Los Angeles and Vancouver.

Read This Next
From the Dept. of Buying Things
Review: The EF ECOFLOW Delta Max Solar Panel Bundle is Portable, Powerful, and Sustainable
From Our Partners
No Electricity? No Problem with These Backup Solutions On Sale Ahead Of Black Friday
Brands We Love
Is Solar Worth It? It’s Never Been Easier To Find Out.
Brands We Love
Is Solar Worth It in 2021? This Free Service Has the Answer.
Brands We Love
This Contact Free Solar Power Company Will Reduce Your Electric Bill
More on Sci-Fi Visions
Human v. Giraffe
Tuesday on the byte
Chaotic Italian Fashion Line Baffles Facial Recognition Software
Step One
Tuesday on the byte
World’s Third Richest Person Says He’s Developed "Addiction" to ChatGPT
FROM THE DEPT. OF...
Tuesday on futurism
The Best Places to Buy A Laptop in 2023
READ MORE STORIES ABOUT / Sci-Fi Visions
Keep up.
Subscribe to our daily newsletter to keep in touch with the subjects shaping our future.
+Social+Newsletter
TopicsAbout UsContact Us
Copyright ©, Camden Media Inc All Rights Reserved. See our User Agreement, Privacy Policy and Data Use Policy. The material on this site may not be reproduced, distributed, transmitted, cached or otherwise used, except with prior written permission of Futurism. Articles may contain affiliate links which enable us to share in the revenue of any purchases made.
Fonts by Typekit and Monotype.