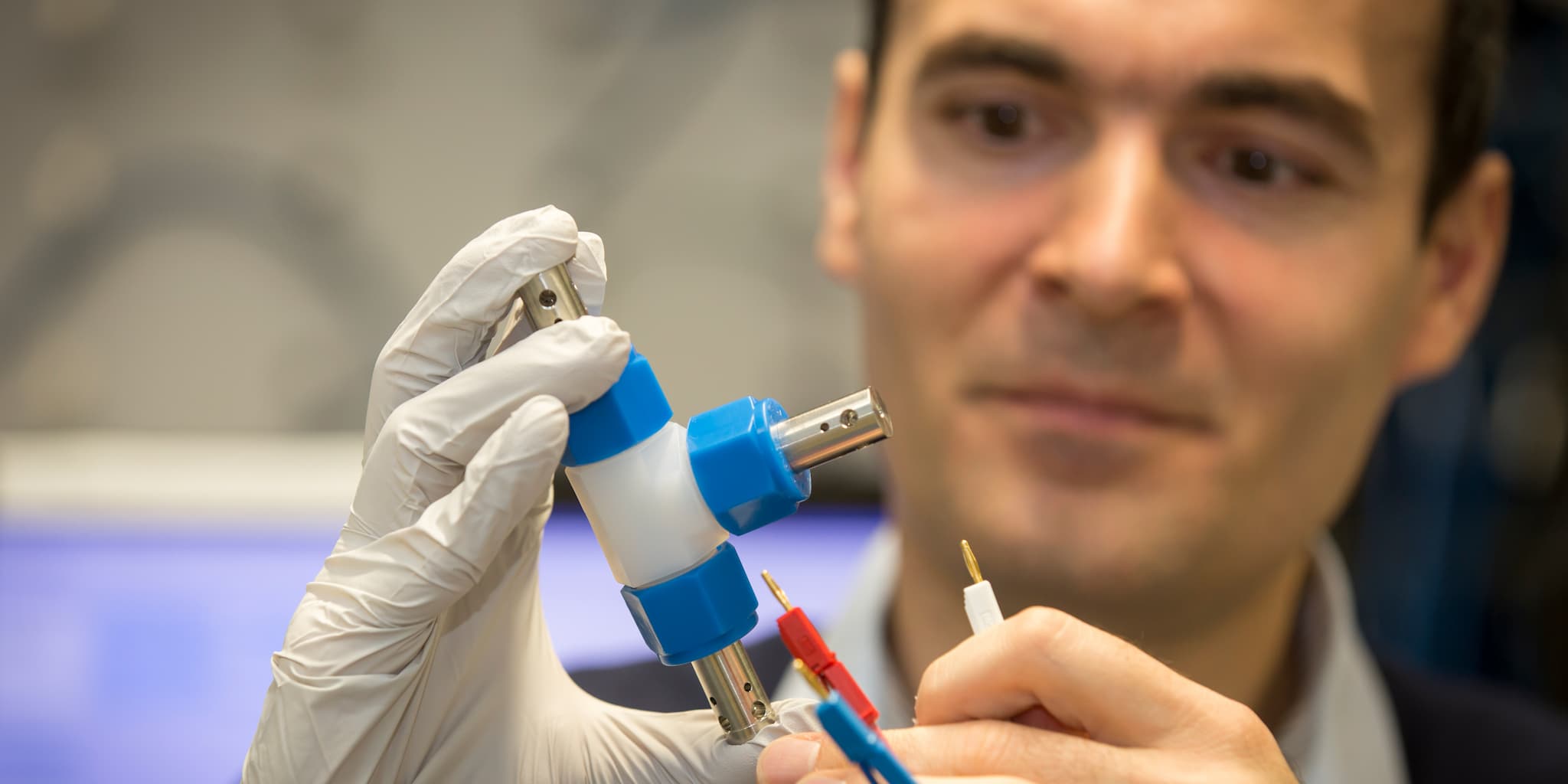 “Currently, single systems of photovoltaic cells which are connected together – mostly lead-based batteries and vast amounts of cable – are in use. Solar panels on the roof with a battery in the cellar. This takes up a lot of space, needs frequent maintenance and is not optimally efficient,” says Hanzu. “We want to make a battery and solar cell hybrid out of two single systems which is not only able to convert electrical energy but also store it.”

SolaBat's integration of new materials sets it apart from similar hybrid projects. Hanzu explains: “In the hybrid system, high-performance materials share their tasks in the solar cell and in the battery. We need materials which reliably fulfill their respective tasks, and which are also electrochemically compatible with other materials, so that they work together in one device.” The team is planning to use eco-friendly materials such as titanates and organic solar cells, so they avoid environmentally harmful materials.

The researchers, then, are entering fairly unknown scientific territory. Commenting on the uncertainty of the behavior of these new materials, Hanzu says, “We have to know what happens when the materials come into contact with each other. For this reason, our project partner, the Centre for Electron Microscopy, is investigating the underlying fundamental interface effects and reactions.”

With a partner working on the compatibility of materials and assembly of both components, the researchers get to concentrate studies on materials for the photovoltaic side and battery side.

Possibilities of the Hybrid Device

A hybrid device like SolaBat's would be more compact, efficient and simpler to manage. Although still in its early stages of development, the researchers have already identified where this system might be applied—from mobile and car batteries to the world's largest solar panels. “Our preliminary work was very promising and I’m confident that at the end of SolaBat we will be able to present a working concept of a photovoltaic battery hybrid," Hanzo continued.

“Where exactly such a system will find application—as in many basic research projects—is too early to say, but the possibilities are in any case manifold," she added.