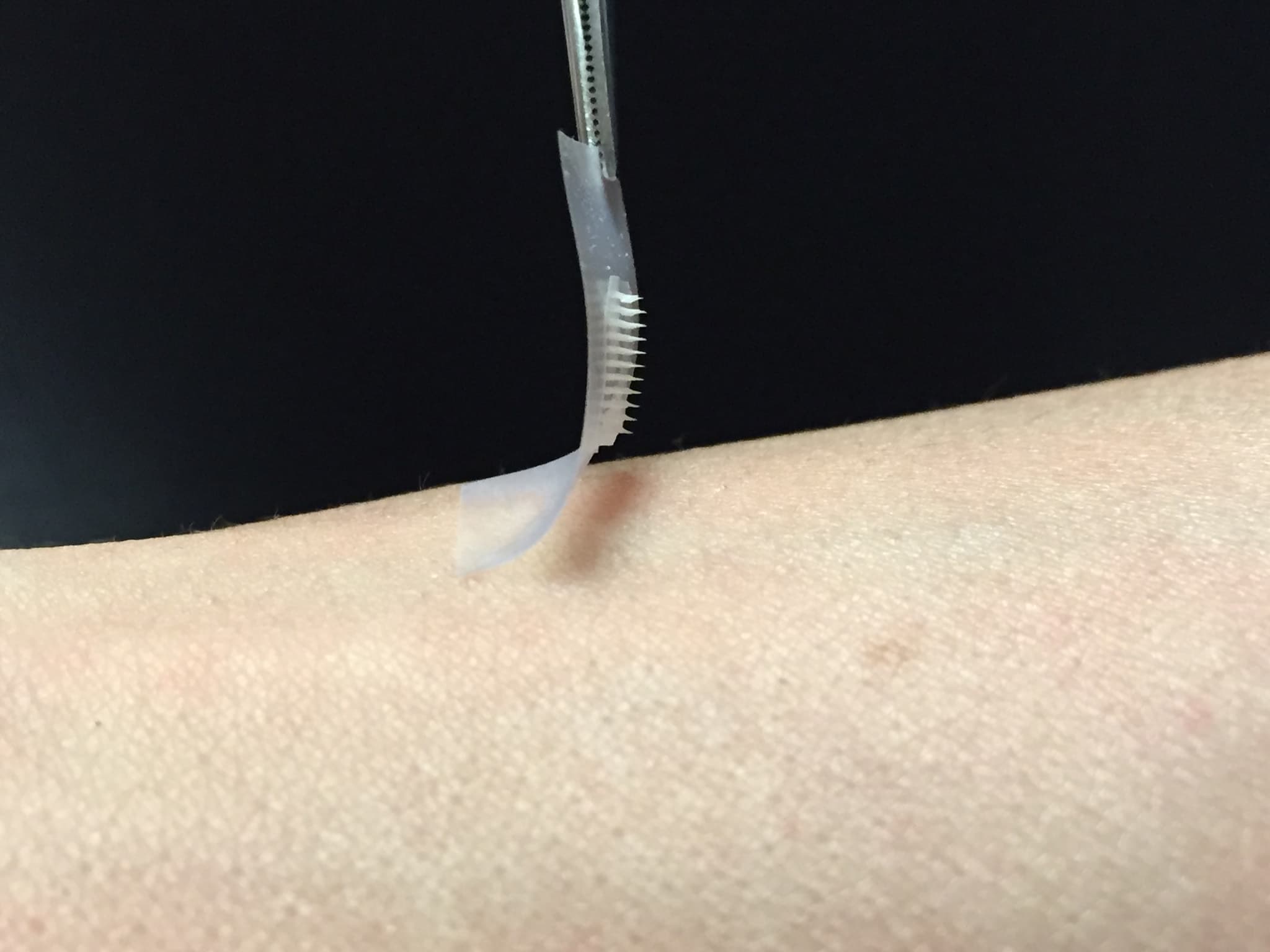 Nearly 30 million people in America suffer from diabetes. Currently, daily monitoring for those with diabetes involves routine finger pricking with a needle and giving themselves a shot of insulin. If they make a mistake calculating the level of insulin they need, the outcome could be as drastic as coma or death. Now, there may be a far more precise and innovative way to treat this condition.

Researchers have designed a “smart insulin patch” that uses hundreds of incredibly small micro-needles able to deploy insulin based on built in glucose sensing-enzymes. The coin-sized silver patch can be placed anywhere on the body and would be able to release the necessary amount of insulin as soon as it senses levels of glucose are getting too high. The tests on mice with type 1 diabetes were very successful; the patch normalized blood sugar levels and kept them stable for hours.

Though not ready to be put on diabetic patients just yet, co-senior author John Buse, Director of Diabetes Care Center at UNC and a former president of the American Diabetes Association says the patch is a “a game changer” for diabetic medicine. Mice are less sensitive to insulin than humans, so it is believed the patch could be developed to work even longer for humans—one patch lasting up to several days. Technology like this will prove invaluable to the ever rising amount of people with the condition. The nearly 400 million diabetics around the world could one day be relieved of incessant monitoring.

Read This Next
Futurism
Transfusions of Synthetic Blood Are Right Around the Corner
More on FromQuarkstoQuasars
What’s the (Anti)...
6. 12. 21 on the byte
Physicists Find Particles That Switch Between Matter and Antimatter
Futurism
11. 12. 15 on futurism
Interview: Michel Bauwens on Peer-To-Peer Economics and Its Role in Reshaping Our World
Futurism
11. 10. 15 on futurism
Stunning Images Chart Shapeshifting Nature of Venus' Polar Vortex
READ MORE STORIES ABOUT / FromQuarkstoQuasars
Keep up.
Subscribe to our daily newsletter to keep in touch with the subjects shaping our future.
+Social+Newsletter
TopicsAbout UsContact Us
Copyright ©, Camden Media Inc All Rights Reserved. See our User Agreement, Privacy Policy and Data Use Policy. The material on this site may not be reproduced, distributed, transmitted, cached or otherwise used, except with prior written permission of Futurism. Articles may contain affiliate links which enable us to share in the revenue of any purchases made.
Fonts by Typekit and Monotype.