Waymo's autonomous vehicles can be waved through a broken traffic light. 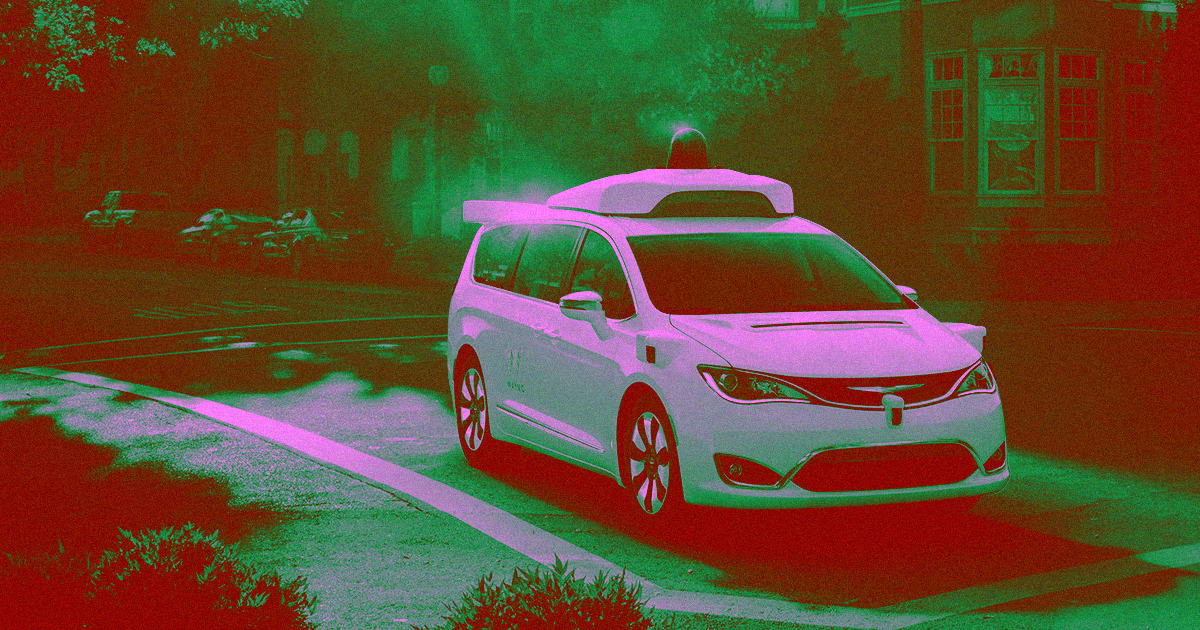 For autonomous vehicles that rely on smooth roads and clear signals, a broken traffic light could conceivably pose a major problem.

To get around the problem of a missing green light, self-driving car company Waymo trained its vehicles' artificial intelligence to detect and respond to the arm movements of a traffic cop as they wave traffic through an intersection, according to CNET — and you can watch it on YouTube.

Waymo first claimed that its autonomous vehicles could respond to hand signals from nearby cyclists back in 2016. That particular research treated cyclists, from the vehicle's perspective, as obstacles to track and avoid.

A new video published by Waymo on Wednesday is the first that shows its vehicles responding to gesture commands — especially in the absence of the traffic lights on which it would normally rely — and obeying police orders. The video, which runs at three times normal speed, shows a picture-in-picture display of the car's digital perspective and a video camera as it goes through an intersection.

The video shows the car approach the intersection where a virtual red wall blocks off the road, suggesting that the computer's software responds to the absence of a green light at an intersection the same way as it might to an illuminated red light.

More on Waymo: Expert Slams Waymo Safety Data: “They Obviously Do Not Trust These Numbers”

Read This Next
Kiddy League
Tesla Fans Put Child in Path of Moving Tesla on Self-Driving Mode
Self-Delusion
Experts Alarmed by Videos of Tesla Full Self-Driving Totally Screwing Up
Steering Wheels Coming Off
Automotive Lobbying Group Abandons the Term "Self-Driving"
Empty Seat
Waymo Ditches Human Safety Drivers in Its Self-Driving Taxis
Brands We Love
This Ultra-Advanced Electric Bike Offers the Best of All Worlds
More on Advanced Transport
High Tide
Yesterday on the byte
We’re in Awe of Amsterdam’s Huge Underwater Bike Parking Garage
Quelle Surprise!
Thursday on the byte
Of Course Elon Musk Is Pushing The Cybertruck Back Again, What Did You Expect?
Stay Away
Wednesday on the byte
New SUV Features Electrified Door Handles and Pepper Spray Guns
READ MORE STORIES ABOUT / Advanced Transport
Keep up.
Subscribe to our daily newsletter to keep in touch with the subjects shaping our future.
+Social+Newsletter
TopicsAbout UsContact Us
Copyright ©, Camden Media Inc All Rights Reserved. See our User Agreement, Privacy Policy and Data Use Policy. The material on this site may not be reproduced, distributed, transmitted, cached or otherwise used, except with prior written permission of Futurism. Articles may contain affiliate links which enable us to share in the revenue of any purchases made.
Fonts by Typekit and Monotype.