Segway Is No Longer Making Its Famous Two-Wheeled Scooter 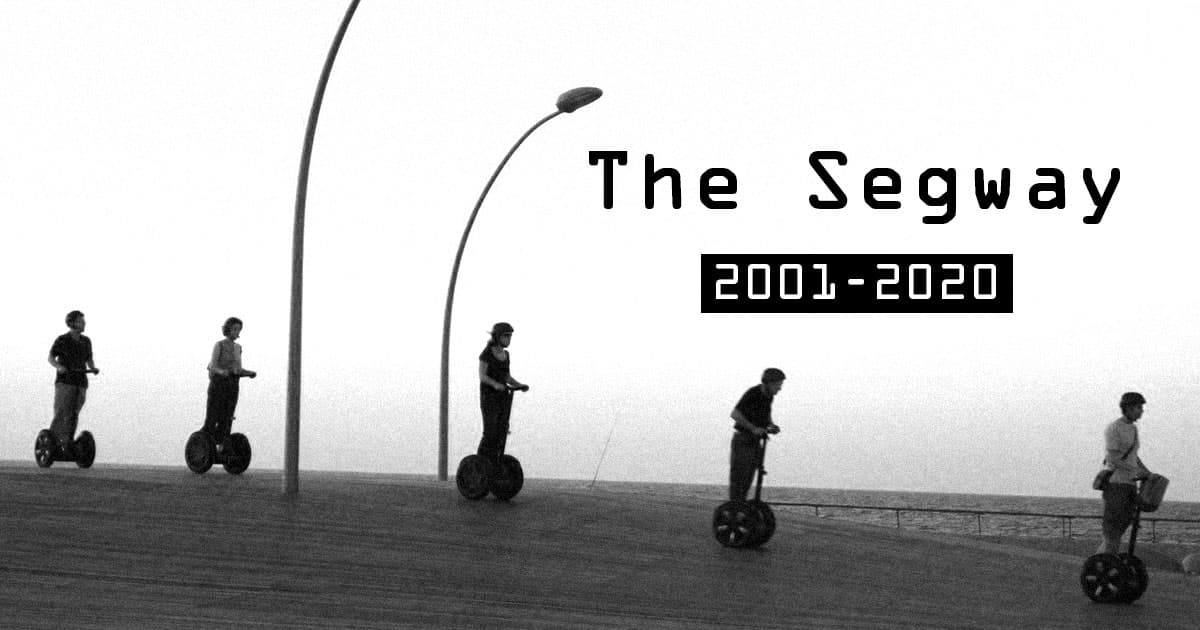 It was meant to revolutionize the transportation industry. But after more than a decade of derision and ridicule, Segway’s stand-up, two-wheeled scooter is no longer.

The Segway — in 2020, synonymous with the mall cop and those annoying city tours — is finally ending production, Fast Company reports.

When it was first announced in 2001 — the year of the iPod, the Xbox, and Steven Spielberg’s “A.I. Artificial Intelligence” — the Segway, which you could control just by leaning, seemed futuristic. Now, its demise seems like it’s been a long time coming. Only 140,000 Segways had been sold over 19 long years — not exactly a booming business.

Speaking of booming business, e-scooters and e-bikes have taken the lion’s share of the industry since then. Remember “hoverboards?” Even those sold like hotcakes.

But the company’s eponymous ugly duckling didn’t survive. The PT, the company’s latest iteration, is big and heavy. Its design has barely changed, as Fast Company points out. Heck, you’ve probably never even heard of it.

Making matters worse, it was tricky to even drive (ride?) the damn thing — something Segway itself was painfully aware of.

“Kick scooters are taking off, and retroactively,” Tony Ho, VP of global business development at Segway, told Fast Company. “There’s a reason the kick scooter is the dominant form factor now, precisely because it’s simple and easy to learn. There’s no learning curve.”

That lack of intuitive interface could even be dangerous. In 2010, the company’s then-owner died after accidentally driving one of the company’s scooters off a cliff.

Despite its shortcomings, the “Segway” will forever be enshrined in the history books of technological also-rans of the 21st century. Whether it was part of what drove innovation in transportation forward is a different matter. Perhaps the Segway rolled so that the e-scooter could zoom.

The Segway is survived by the company’s Ninebot, a two-wheeled self-balancing scooter, and the Electric Drifts, a bizarre and death-defying take on motorized roller skates.

It will be sorely missed.

READ MORE: Exclusive: Segway, the most hyped invention since the Macintosh, ends production

More on motorized transportation: Watch a Hoverbike-Riding Cop in Dubai Wipe Out Catastrophically

Read This Next
Futurism
Segway is Back With An Even More Insane Way To Move Your Feet
More on Advanced Transport
Musk Contemplation
Yesterday on the byte
Elon Musk Praises Tesla Nemesis, Ford, In Rare Reversal
Safety Is Not a Yoke
Thursday on the byte
US Regulators Not Sure If Tesla’s Funky New Steering Wheel Breaks Rules
Car Culture
Wednesday on the byte
Startup Says It Can “Charge” an Electric Car In Under Ten Minutes
READ MORE STORIES ABOUT / Advanced Transport
Keep up.
Subscribe to our daily newsletter to keep in touch with the subjects shaping our future.