See the Earthrise Like You've Never Seen it Before 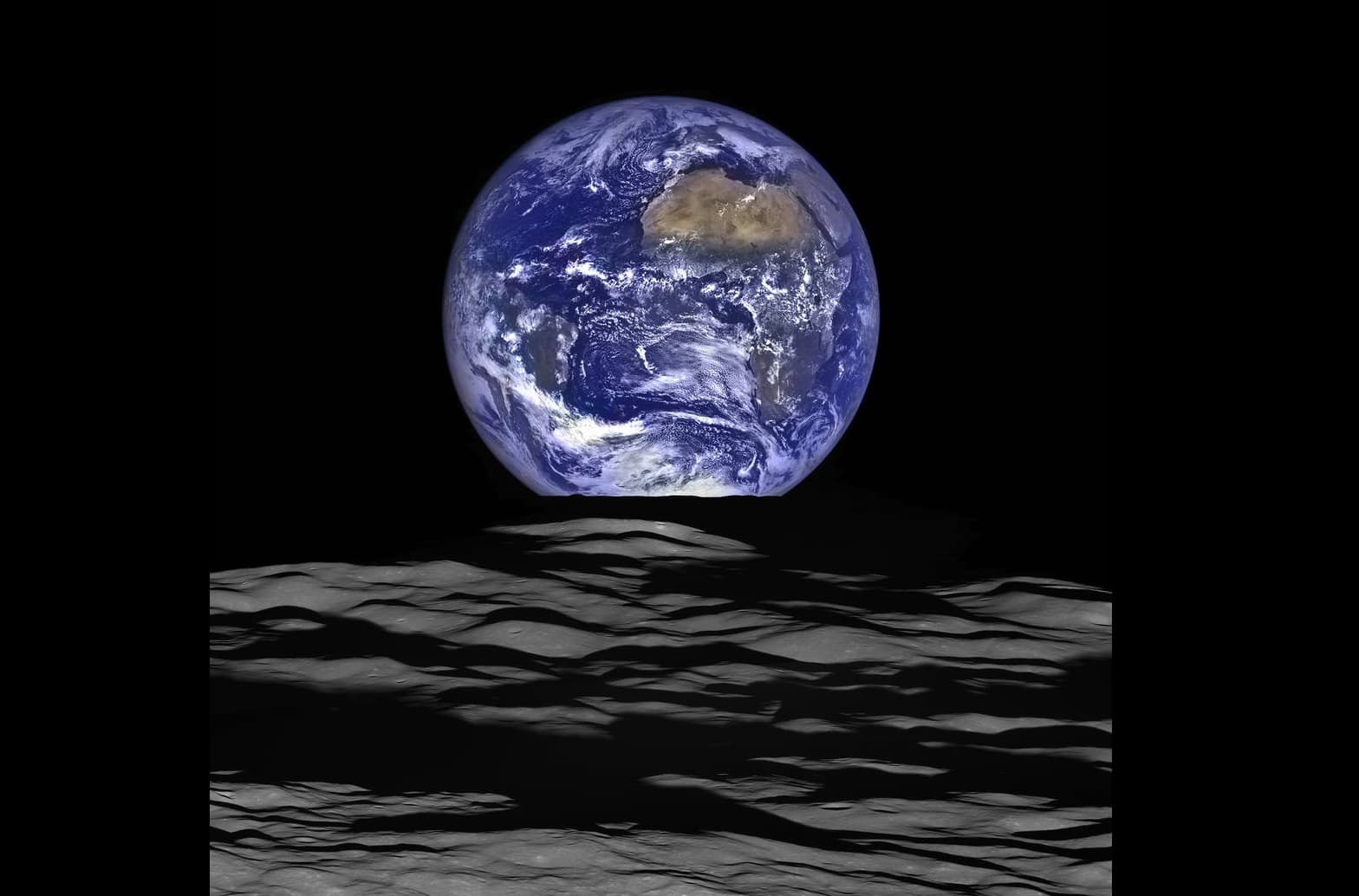 NASA just released a new image of the Earthrise, and to be honest, it is simply remarkable. In the image, we can see Earth as it appears to silently rise over the dusty surface of our Moon. The continent of Africa is prominently displayed in the central region, and the vast, brown sands of the Sahara Desert can be seen spreading out across much of the landmass.

Turning to the Moon, we get a small glimpse of the Compton crater, which is located just beyond the eastern limb of the Moon on the lunar farside.

The image was captured by the Lunar Reconnaissance Orbiter (LRO) as the spacecraft orbited around the Moon on October 12th of this year. NASA just released the composite yesterday (December 18th).

In order to capture the shot, the craft had to be rotated in a very specific position to ensure that its camera was in the correct location and that the Earth and Moon would each appear correctly—it the craft had to keep the correct position while traveling more than 5,600 km/h (3,500 mph) relative to the lunar surface.

In the press release, principal investigator for LROC, Mark Robinson, perfectly captured the significance of this shot and what it highlights about future exploratory missions: "From the Earth, the daily moonrise and moonset are always inspiring moments; however, lunar astronauts will see something very different: viewed from the lunar surface, the Earth never rises or sets. Since the moon is tidally locked, Earth is always in the same spot above the horizon, varying only a small amount with the slight wobble of the moon. The Earth may not move across the 'sky', but the view is not static. Future astronauts will see the continents rotate in and out of view and the ever-changing pattern of clouds will always catch one's eye, at least on the nearside. The Earth is never visible from the farside; imagine a sky with no Earth or moon - what will farside explorers think with no Earth overhead?"

Looking Back At Earth

NASA's first Earthrise image was taken with the Lunar Orbiter 1 spacecraft back in 1966, almost 50 years ago. Many images have since been taken of our closest neighbor. Case in point, between 1966 and 1967 NASA sent a staggering five Lunar Orbiter spacecraft to the Moon. Images from these spacecraft were ultimately used by mission planners to select the Apollo landing sites on the moon.

Below is a restored version of the image from the Lunar Orbiter Image Recovery Project. You can the original image and more info about that project here.