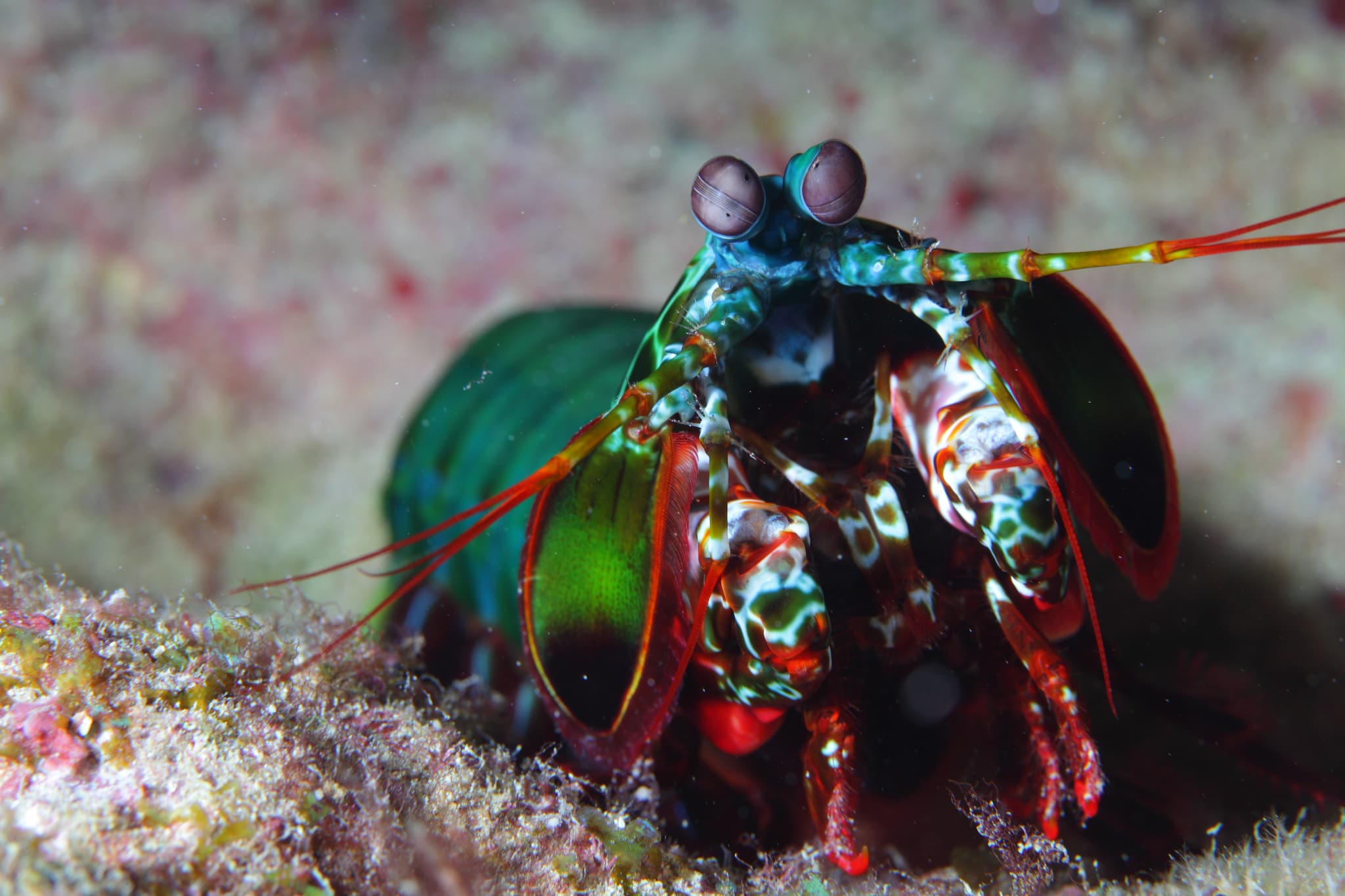 Scientists from the University of California, Riverside (UCR), and Purdue University were inspired by multi-colored crustacean called a mantis shrimp to develop a super strong composite material that has a wide array of applications—such as airplane cabins, body armor, and event football helmets.

The material's inspiration is, to be more specific, the shrimp's unique appendage.

This marine crustacean has a fist-like claw called a dactyl-club, which it uses to smash the shells of its prey in order to eat them. Ultimately, the mantis shrimp can punch at about 80 kilometers per hour, making it capable of obliterating its hard shelled prey by striking it more than 50,000 times at more than 10,000 times the force of gravity. After which, the small bubbles emitted will cause the water around them to boil, releasing an unbelievable amount of energy through a process called cavitation—  something that is so destructive, it can remove the stainless steel from any boat propellers that are coated with it.

Researchers have described the club to have a herringbone structure. This structure allows the mantis shrimp to deliver high impacts without shattering its own claw in the process.

The current study is lead by a Multi-University Research initiative spearheaded by David Kasailus,  a professor of Energy Innovation in the College of Engineering at URC, and is funded by the Air Force Office of Scientific Research.

The design features the herringbone structure as the outer layer of the composite material called the impact region. This outer layer is crack-resistant a and is made out of crystalline calcium phosphate which surrounds the organic fibers within it. The outermost layer of the impact region is made up of a thin particle coating that delocalizes any applied stress on the material which prevents it from shattering.

Kisailus and his team believe that the herringbone structure and its impact-resistant qualities taken from the mantis shrimp as applied to other different materials can be translated to many real-world applications. He and his team also laud 3D printing technology, as this enables them to translate their research into practical applications faster and easier.

In fact, the team was able to produce a helmet that had the stress-delocalizing outermost coating and the shatterproof layer under it through a 3D printer.

Read This Next
Buck Like Funnies
This Plastic Bunny Has DNA Explaining How to Make More Bunnies
Futurism
3D Printed Sugar Scaffolds Could Help Grow Organs, Then Dissolve Away
Futurism
What NASA’s First 3D Printed Rocket Parts Mean for the Space Launch System
Futurism
Engineers Have Found a Way to 3D Print Super Strong Aluminum
Futurism
NASA Wants to Use 3D-Printed Parts for Future Rocket Engines
More on Hard Science
Tractor Beam
Jan 26 on the byte
Scientists Build Working Tractor Beam, Although It's Comically Tiny
Having a Blast
Jan 18 on the byte
New Study Shows Where You Should Hide to Survive a Nuclear Attack
Offworld Amino
Jan 15 on the byte
Scientists Find Building Blocks of Life in Meteor That Smashed Into Family's Driveway
READ MORE STORIES ABOUT / Hard Science
Keep up.
Subscribe to our daily newsletter to keep in touch with the subjects shaping our future.
+Social+Newsletter
TopicsAbout UsContact Us
Copyright ©, Camden Media Inc All Rights Reserved. See our User Agreement, Privacy Policy and Data Use Policy. The material on this site may not be reproduced, distributed, transmitted, cached or otherwise used, except with prior written permission of Futurism. Articles may contain affiliate links which enable us to share in the revenue of any purchases made.
Fonts by Typekit and Monotype.