Could space travel give humans the ability to regenerate? 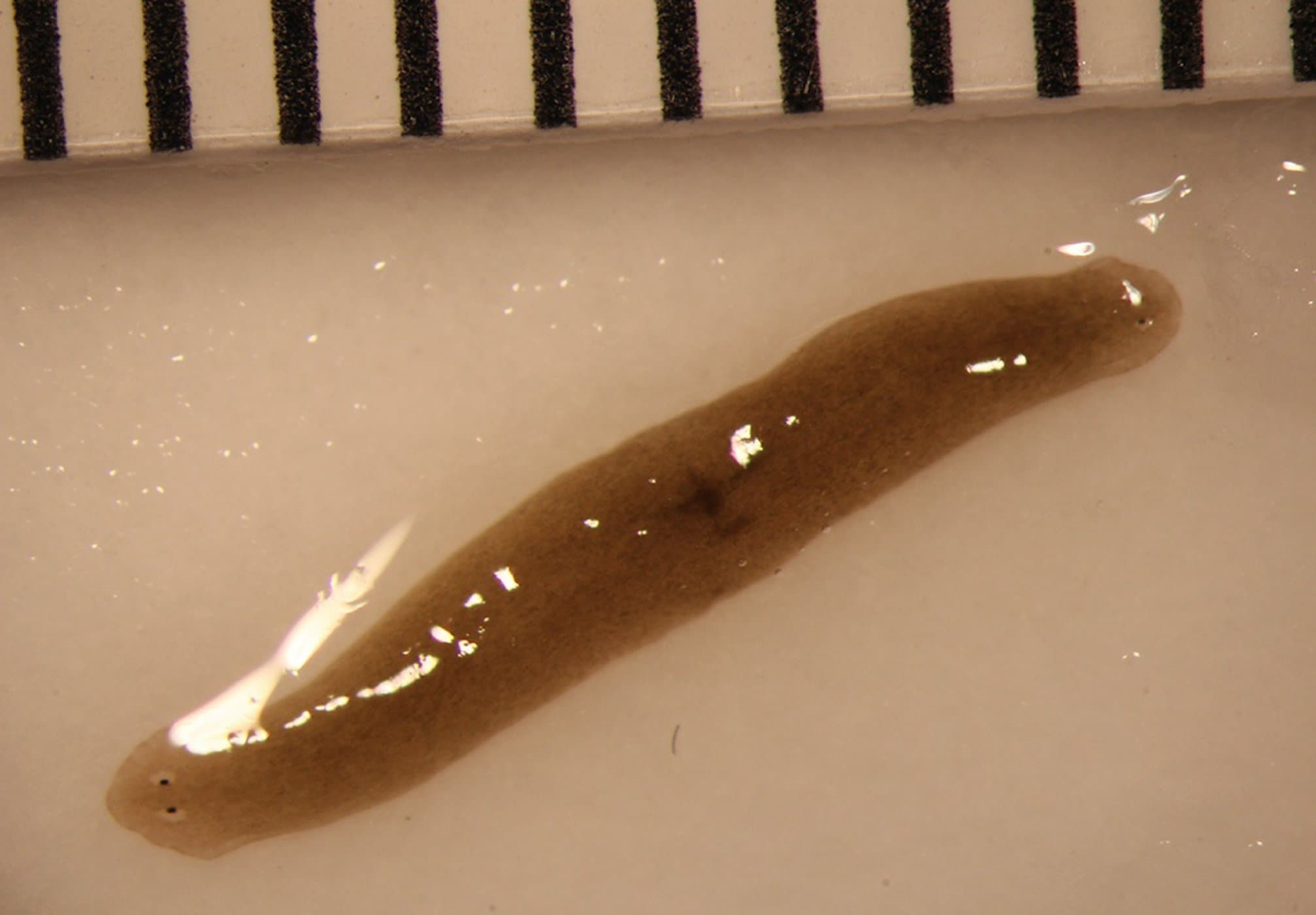 The International Space Station (ISS) is an invaluable tool that helps us understand how our Earth-based technologies and biology operates in space. It has been confirmed that space travel does indeed impact human biology, even down to the genetic level. Even so, researchers looking into how a species of flatworms fare in space were not prepared for what they found.

To the great shock of the team, one of the fifteen amputated planarian flatworms that spent five weeks aboard the ISS ended up growing back two heads once back on Earth. These findings have been published in the journal Regeneration.

Planarian flatworms have remarkable regeneration abilities. They are able to regenerate complex body systems even from a tiny piece of their bodies. After their all-inclusive stay upon the ISS, the worms were brought back to Earth and observed for an additional 20 months. During this time, researchers noticed that one of the worms was regenerating its head, along with another. The scientists then amputated the two heads and the worm once again grew back two heads.

Read This Next
Hall Effect
Test Suggests Ion Thrusters Could Power Crewed Interplanetary Missions
Rolling Coal
Space Travel Will Absolutely Gut the Environment, Scientists Warn
Brands We Love
‘Spaceteam’ Turns the Horrors of Deep Space Travel Into a Fun Card Game
Space Walk
Under Armour is Making Spacesuits for Virgin Galactic
Futurism
Here's What We Know About SpaceX's Crewed Dragon Spacecraft
More on Off World
Light Me Up
Yesterday on the byte
Wall of Lasers Cuts Across Hawaii's Night Sky
Water Sign
Yesterday on the byte
Scientists Find New Evidence of Hidden Ocean World in Our Solar System
Trashing Orbit
Thursday on the byte
Elon Musk Says SpaceX May Build Starship That Dies on Purpose
READ MORE STORIES ABOUT / Off World
Keep up.
Subscribe to our daily newsletter to keep in touch with the subjects shaping our future.
+Social+Newsletter
TopicsAbout UsContact Us
Copyright ©, Camden Media Inc All Rights Reserved. See our User Agreement, Privacy Policy and Data Use Policy. The material on this site may not be reproduced, distributed, transmitted, cached or otherwise used, except with prior written permission of Futurism. Articles may contain affiliate links which enable us to share in the revenue of any purchases made.
Fonts by Typekit and Monotype.