Under Armour is Making Spacesuits for Virgin Galactic

But they won't be making conventional, pressurized suits. 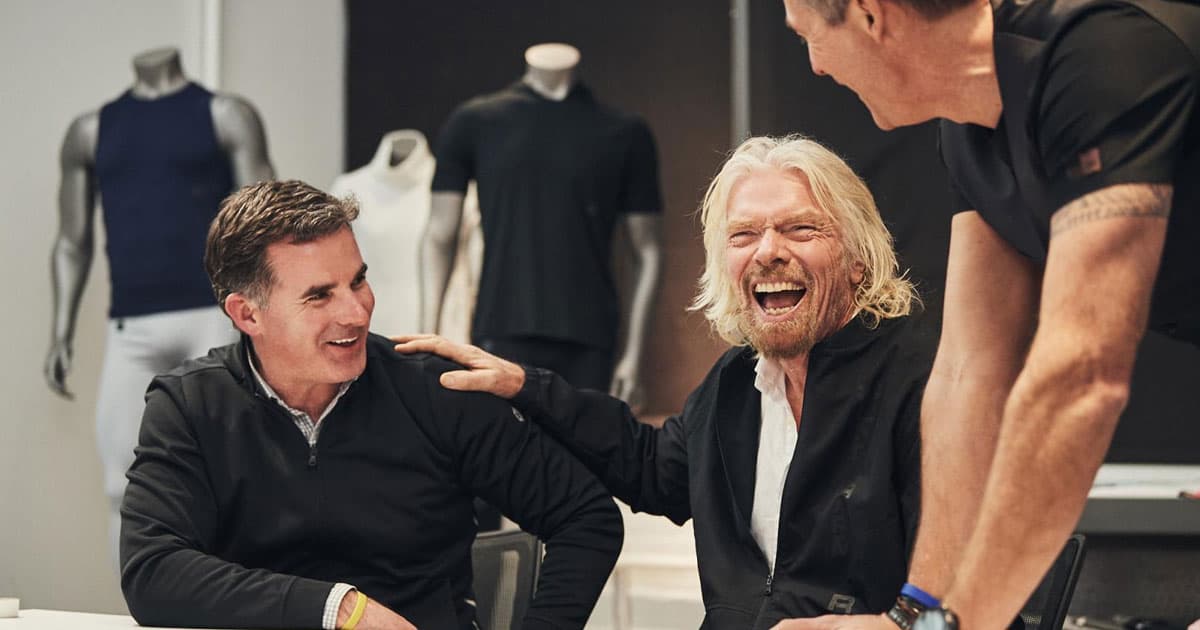 Image by Under Armour

Richard Branson's Virgin Galactic just answered a question about its planned commercial flights — what the astronauts are supposed to wear — with a branding opportunity.

The Virgin founder says he spacetech venture has partnered with sportswear maker Under Armour, which will design the spacesuits for Virgin astronauts, customers, and staff on the ground. Under Armour will also help Virgin craft physical training regiments for astronauts, according to press releases published by both companies on Thursday.

Virgin customers won't wear bulky Under Armour-branded spacesuits like at NASA. The designs haven't been made public, but a Virgin spokesperson told Bloomberg that the spacecraft's cabins will be pressurized so the suits don’t have to be.

Rather, the spokesperson said that outfits will cater to a shirt-sleeve environment, meaning an aircraft or spacecraft that doesn't call for specialized protective clothing, like a commercial flight. As such, it remains unclear how much protection the Under Armour suits will actually provide beyond the company's typical athleisure threads.

It's also possible that Under Armour will design boundary-pushing spacesuits that could catapult the company into being a major player in the spacetech market.

Virgin is currently running test flights, and according to the companies' press release, spacesuit designs will be released prior to the first commercial flights. Those are expected to occur later this year, according to Bloomberg. Until then, we'll have to wait and see.

READ MORE: Under Armour Is Blasting Off Into a New Market – Spacesuits [Bloomberg]

Read This Next
Astronaut Drip
We Just Got the First Peek at NASA's Artemis Moon Landing Suits
Blast Off
Former Astronaut Details Quest to Grow Cannabinoids in Space
RIP
Unfortunate Comet Flies Too Close to the Sun, Disintegrates and Becomes a Ghost
Deployment Confirmed
The Internet Is Losing Its Mind Over a Photo of Elon Musk Eating a Huge Potato Spiral
Space Junky
Head of Russian Space Program Appears to Threaten to Smash US With Space Debris
More on Off World
Carbon-Based
Yesterday on futurism
NASA Rover Finds New Potential Evidence for Ancient Life on Mars
Gifts For Mom
Yesterday on the byte
Jeff Bezos Ditches Plan to Land Rockets on Ship Named for His Mom
space salad
Yesterday on the byte
NASA Astronauts Harvest Delicious Space Vegetables, Sans Soil
READ MORE STORIES ABOUT / Off World
Keep up.
Subscribe to our daily newsletter to keep in touch with the subjects shaping our future.
+Social+Newsletter
TopicsAbout UsContact Us
Copyright ©, Camden Media Inc All Rights Reserved. See our User Agreement, Privacy Policy and Data Use Policy. The material on this site may not be reproduced, distributed, transmitted, cached or otherwise used, except with prior written permission of Futurism. Fonts by Typekit and Monotype.