"It beats the pants off of wine.” 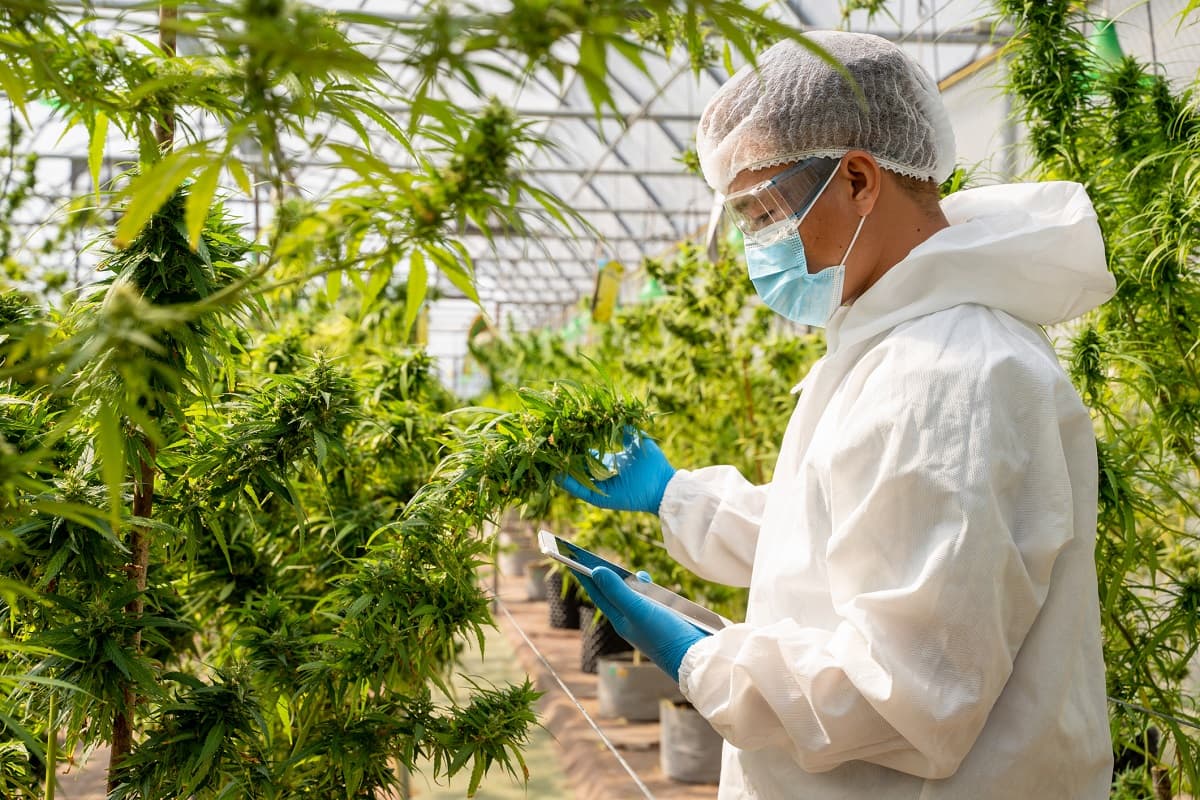 The distinctive aroma of cannabis has something in common with eggs, skunk spray, and hops, researchers have discovered.

As Science News reports, a new study conducted by cannabis industry researchers found for the first time that weed does, in fact, contain sulfur — and that a little goes a long, long way.

Using instruments that detect sulfur chemiluminescence, gas chromatography, and mass spectroscopy, chemists at the company Abstrax Tech — whose business is producing the scent compounds known as terpenes that characterize fancy weed — discovered that the smelliest strains do, in fact, contain sulfur.

What's more, the researchers also found that the most common sulfur molecule found in loud bud is prenylthiol, the same compound that gives "skunked" beer its notorious Pepé Le Pew-esque scent and taste. Other sulfuric molecules found in the Cannabis sativa that Abstrax studied included some that are structurally similar to garlic, the report noted.

While it's unclear why nobody thought to look for sulfur in cannabis before, the relatively small amount found by Abstrax may have to do with it. Analytical chemist Iain Oswald, who worked on the study, told Science News that sulfur "can be in very low concentrations on the flower, but still make a huge impact on the smell."

And smell psychologist Avery Gilbert, a person whose job title is as cool as this new finding and who also works with cannabis smells at the Colorado startup Headspace Sensory, told Science News that this research could both help mask the skunky scent of weed or amplify it, depending on the wants and needs of particular consumers.

"The spectrum of cannabis odor is just amazing," Gilbert told Science News. "I think it beats the pants off of wine."

More canna-science: Gene Sequencing Could Ensure You Get the Kind of Weed You Pay For

Read This Next
Brands We Love
These Stunning Infographics and Charts Turn Science Facts into Cannabis Art
Space Smells
Someone Made a Perfume That Smells Like Outer Space
Brands We Love
Stressed Out? Get These Delicious, High Quality CBD Gummies Delivered to Your Door.
Brands We Love
Unlock CBD's Full Potential With These Cutting-Edge Topicals
Brands We Love
Chronic Inflammation Is a Huge Problem. But This Specialized CBD for Inflammation Can Help.
More on Hard Science
Horrible Geese
Dec 4 on futurism
Furious Geese Are Defeating Humans, Scientists Find
Quacks Like a Duck
Dec 1 on futurism
Those Headlines About Scientists Building a Wormhole Are Total Nonsense, People
It From Bit
Nov 22 on the byte
A Scientist Is Crowdfunding an Experiment to Check if We Live in a Simulation
READ MORE STORIES ABOUT / Hard Science
Keep up.
Subscribe to our daily newsletter to keep in touch with the subjects shaping our future.
+Social+Newsletter
TopicsAbout UsContact Us
Copyright ©, Camden Media Inc All Rights Reserved. See our User Agreement, Privacy Policy and Data Use Policy. The material on this site may not be reproduced, distributed, transmitted, cached or otherwise used, except with prior written permission of Futurism. Articles may contain affiliate links which enable us to share in the revenue of any purchases made.
Fonts by Typekit and Monotype.