This could get very, very bad. 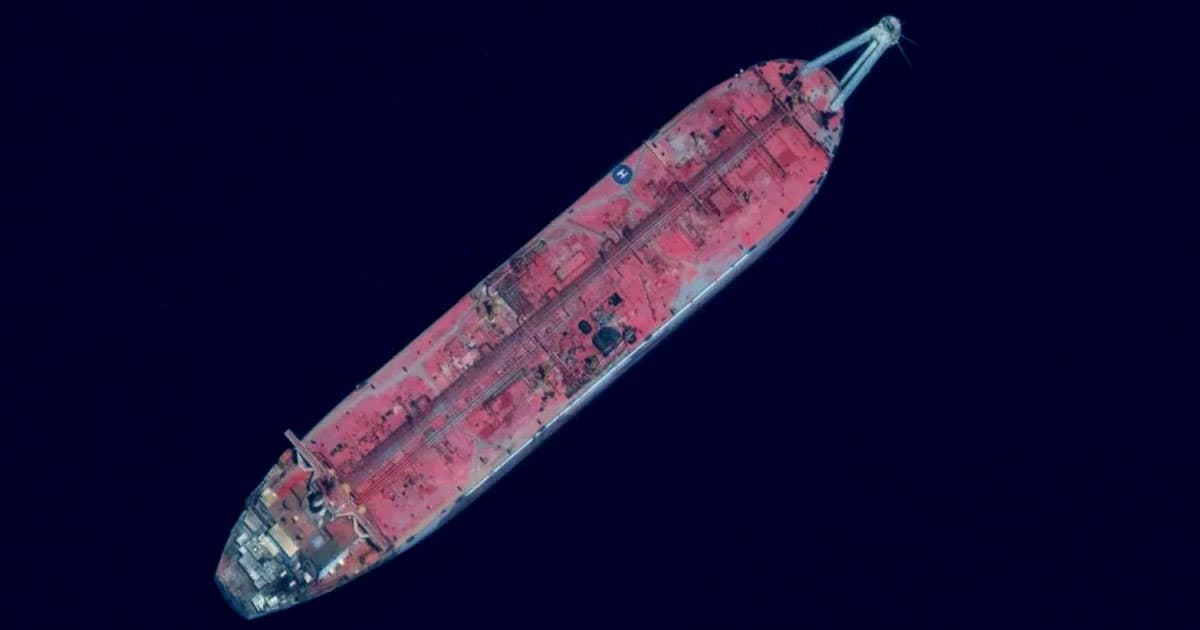 A scientist is sounding the alarm on a massive oil tanker that he says will likely spill roughly 40 million gallons of crude oil into the ocean.

Christopher Reddy, a senior scientist at the Woods Hole Oceanographic Institution, penned a piece for CNN calling attention to a decaying oil tanker anchored off the coast of Yemen. The ship, ironically dubbed FSO Safer, has been there since March 2015 when the nearby port city of Al-Hudaydah was seized by a militant group known as the Houthi rebels.

The tanker is filled with more than a million barrels of crude oil, which makes it a major cause of concern for scientists worried that any accident involving the Safer could result in it spilling into the ocean.

If there was any issue with the tanker, Reddy says that it would create an "environmental calamity" worse than the catastrophic Exxon Valdez accident in 1989 that resulted in hundreds of miles of Alaskan coastline getting covered in crude oil. That’s because Safer is carrying four times the amount of oil as the Valdez.

"And in addition to the harm caused to aquatic life, many of its worst impacts would directly affect people," Reddy said.

He added that a spill would ruin fisheries throughout the region, which relies on them for food. It could also send toxic fumes into the air, causing illness for thousands.

That’s not the worst of it though, according to the scientist.

"Perhaps most ominously, the vessel is at risk of igniting into a waterborne fireball that could erupt with massive explosive force, wreaking even more potential ecological devastation," Reddy horrifyingly adds.

Fortunately, the leader of the Houthi rebels have agreed to allow Safer’s oil barrels to be transferred to another vessel. However, it’s contingent on the United Nations pulling together resources to make it happen.

Reddy said that it’s important that the UN move on this quickly. In February this year, the FSO Trinity Spirit — a nearly identical tanker — exploded and sank off the coast of Nigeria.

Hopefully, the UN can get their act together and remove the oil quickly. Heck, with current gas prices skyrocketing, it might even help alleviate the price at the pump too.

READ MORE: An aging oil tanker has become a floating time bomb. It's an environmental disaster waiting to happen [CNN]

Read This Next
Remember Donald?
Donald Trump Goes on Bizarre Rant Against Electric Cars
Dry Dock
The Top 13 Wildest Objects That Terrible Droughts Have Revealed
Harambe 2.0
Freya the Boat-Climbing Walrus Euthanized Because of Stupid Humans
Circle of Life
Hooray! The Great Pacific Garbage Patch Has Become a Thriving Ecosystem, Scientists Say
Sinking City
Indonesia Is Switching Capital Cities Because the Old One Is Sinking Into the Ocean
More on Earth & Energy
From Bad to Worse
Yesterday on the byte
Global Warming Is Worse Than We Thought, AI Tells Scientists
RIP Fred
Yesterday on the byte
Instead of Predicting Length of Winter, Groundhog Simply Dies
Fly Guy
Wednesday on the byte
Bird Advocates Horrified by Pigeon Dyed Pink For Gender Reveal Party
READ MORE STORIES ABOUT / Earth & Energy
Keep up.
Subscribe to our daily newsletter to keep in touch with the subjects shaping our future.
+Social+Newsletter
TopicsAbout UsContact Us
Copyright ©, Camden Media Inc All Rights Reserved. See our User Agreement, Privacy Policy and Data Use Policy. The material on this site may not be reproduced, distributed, transmitted, cached or otherwise used, except with prior written permission of Futurism. Articles may contain affiliate links which enable us to share in the revenue of any purchases made.
Fonts by Typekit and Monotype.