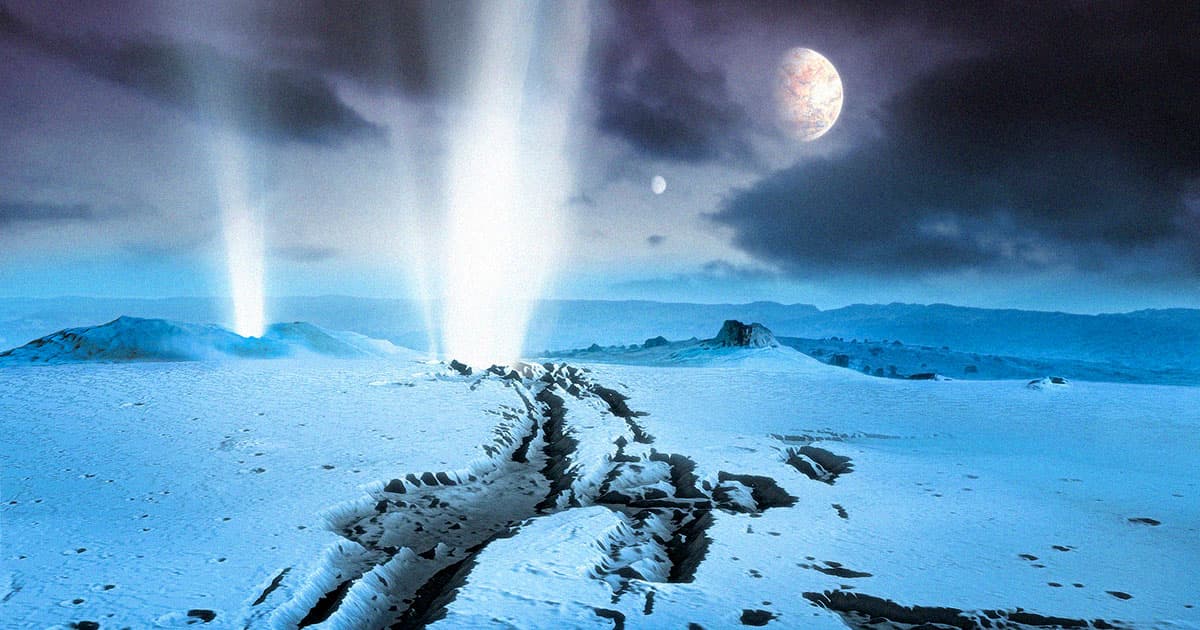 A scientist employed by the government of Switzerland has made a bold prediction about the discovery of alien life — and his reasoning seems pretty compelling.

As Space.com reports, Dr. Sascha Quanz of Switzerland's state-run Swiss Federal Institute of Technology said he thinks humans are likely to discover life beyond our planet within the next 25 years.

"In 1995, my colleague [and Noble Prize laureate] Didier Queloz discovered the first planet outside our solar system," Quanz said during the opening of the institute's new Center for the Origin and Prevalence of Life earlier in September. "Today, more than 5,000 exoplanets are known and we are discovering them on a daily basis."

Of those thousands of exoplanets, dozens are believed to be at least potentially habitable, with the conditions on their surface ripe for liquid water. And as he said, that number is growing all the time.

Though the James Webb Space Telescope has already captured arresting images of one giant exoplanet, its primary focus is on imagery of stars and is not, as Quanz said, "powerful enough" to capture images of smaller exoplanets.

That's where two of the astrophysicist's projects — one giant ground-based instrument being developed as an addition to the Extremely Large Telescope that's currently under construction in Chile, and a European Space Agency mission to study the atmospheres of exoplanets for signs of extraterrestrial life — come in.

That latter mission, known as Large Interferometer for Exoplanets or LIFE, conceived in 2017, is still in an early study phase, and has not yet received either approval or funding from the ESA, Space.com notes.

Nevertheless, Quanz characterized the LIFE program as a "candidate for a future large mission within the ESA science program" — itself a huge step for the search for intelligent life (SETI) community, which has gained unprecedented traction in recent years as the scientific community begins to take the concept of us not being alone in the universe more seriously than ever before.

Quanz has given his search for life outside of our solar system a 25-year deadline, which he argues is not "unrealistic."

"There's no guarantee for success," the researcher said. "But we're going to learn other things on the way."

READ MORE: 'We can find life outside the solar system in 25 years,' researcher says [Space.com]

More exoplanets: Scientists Discover Nearby "Super-Earth" That May Support Life

Read This Next
Warped Perspective
Scientists Propose Method for Detecting Alien Warp Drive Activity
Psychological Warfare
Experts Excoriate NASA Report Claiming James Webb Wasn't Homophobic
Accuracy Wall
Harvard and MIT Scientists Warn That James Webb Data May Not Be What It Seems
Aquatic Aliens
Experts Puzzled by Harvard Scientist Looking for Alien Wreckage in Ocean
Sun Gazer
Researchers Want to Use the Sun As a Giant Telescope to Look for Aliens
More on Off World
Grrrrrrrr
Yesterday on the byte
Internet Erupts as NASA Spots Cartoon Bear on Surface of Mars
Gl1tc4
Yesterday on the byte
NASA Says Another James Webb Instrument Has Suffered a Glitch
comet Spotting
Yesterday on the byte
Behold! Dazzling Green Comet Approaches
READ MORE STORIES ABOUT / Off World
Keep up.
Subscribe to our daily newsletter to keep in touch with the subjects shaping our future.
+Social+Newsletter
TopicsAbout UsContact Us
Copyright ©, Camden Media Inc All Rights Reserved. See our User Agreement, Privacy Policy and Data Use Policy. The material on this site may not be reproduced, distributed, transmitted, cached or otherwise used, except with prior written permission of Futurism. Articles may contain affiliate links which enable us to share in the revenue of any purchases made.
Fonts by Typekit and Monotype.