All the tools you need to shoot professional-looking video for under $150. 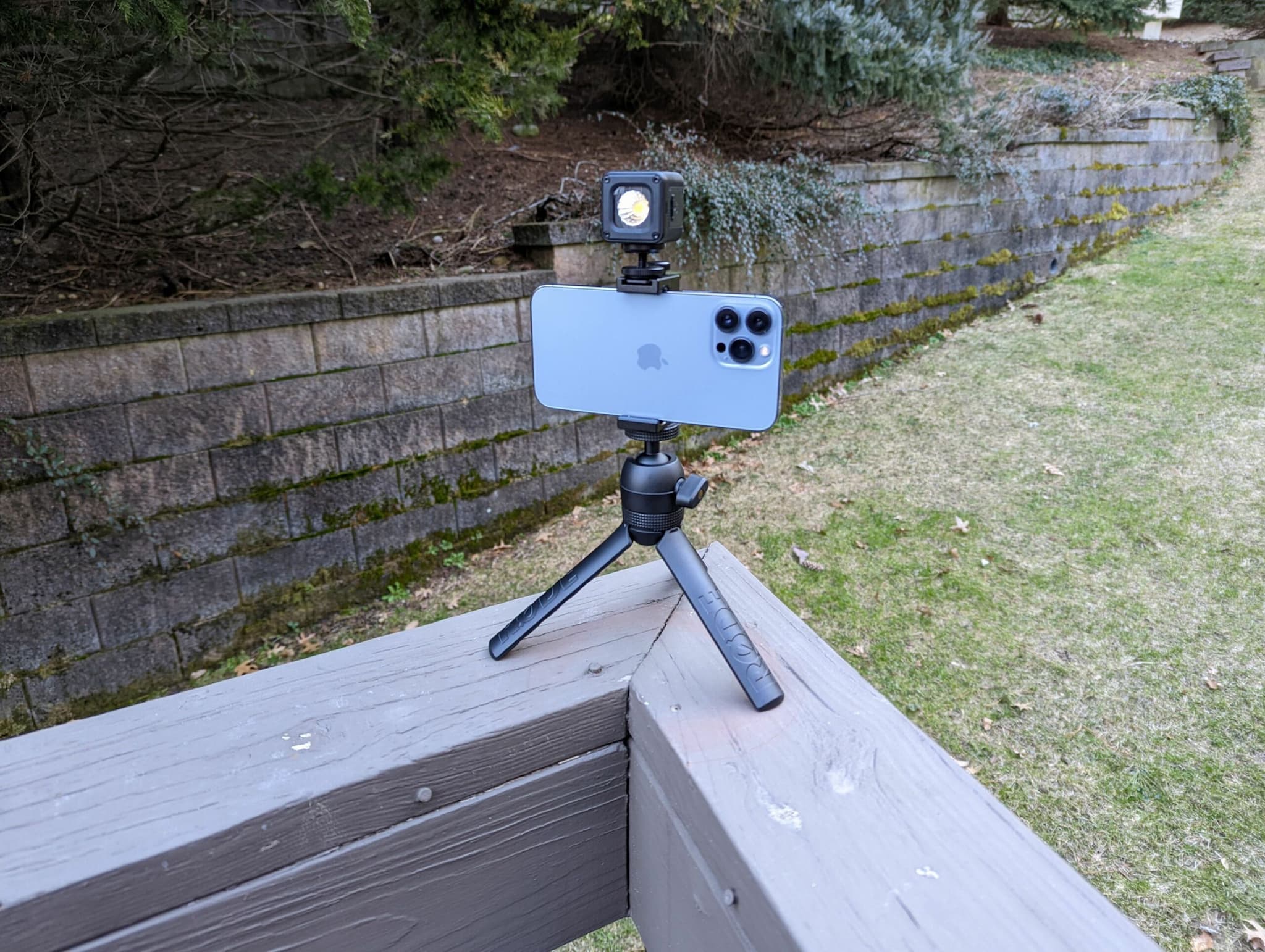 One of the biggest barriers to entry for any aspiring YouTuber or TikToker is the lack of equipment; this RØDE VideoMic Vlogger Kit changes all that. It's a $131 bundle of accessories designed to help iPhone videographers get the best-possible footage without taking up a lot of space. It’s an ideal camera for students working on video projects, people who want to start recording videos for YouTube, live-streaming video on Facebook, or anyone with the aspiration of amateur filmmaking. Don’t let the term vlogger dissuade you from considering this kit, as it’s just a modern catch-all term for anyone who wants to record and post videos online.

Most of RØDE’s gear is still aimed at professionals, but the Vlogger Edition Filmmaking Kit won’t require any prior experience with video recording equipment. The set comes with a three-position tripod, gimbal tripod head, phone holder, directional microphone, and a MicroLED light that comes with eight colored filters. These are all the accessories an aspiring vlogger would need to start recording high-quality videos, though I found them good enough that even more experienced vloggers could use them as part of a mobile setup.

What impressed me the most about RØDE Microphone's Vlogger Kit was the overall quality of each accessory. Given its sub-$150 price tag, I was expecting a weak link, but never found one. Naturally, the microphone — which is connected to the iPhone via its Lightning port — was the best accessory of the bunch. It recorded audio that was substantially clearer than an iPhone's built-in mic. It helps that you can point RØDE's microphone straight toward you or your subject while recording, so it's only going to pick up the sounds you want it to capture, rather than a phone's mic, which picks up ambient noise. We tested the microphone from up to three feet away, and found it could record crisp audio without having to turn up the volume level during post-production.

While the microphone is this kit's top accessory, the LED light is its secret weapon. The cube-shaped MicroLED light is barely an inch wide, but it makes a surprisingly big difference. In our experience, it threw enough light to make an iPhone 13 footage recorded in a dark room usable. You may not need it all the time, but being able to quickly attach a camera to the top of this kit's included mount in dim lighting conditions can save your shoot. The included light filters were fun to use too, as they created a deep tint to our videos that looked more natural than adding a post-production effect.

These high-tech accessories are complemented by a tripod that steadily held an iPhone on even (a table) and uneven (rocky ground) surfaces. Each tripod leg can be articulated on its own, which allows you to tilt the angle of your phone and keep it in place while you shoot. If you're recording video while moving, the three tripod legs can be folded up into a gimbal that's comfortable to hold.

You may only need to use one or two of the accessories in RØDE Microphones' Vlogger Edition Filmmaking Kit at any given time, but we consider it to be the mobile videography equivalent of the Swiss Army knife. Having a mic, light, and tripod on-hand at all times means you'll always be prepared for curveballs that pop up on video shoot.