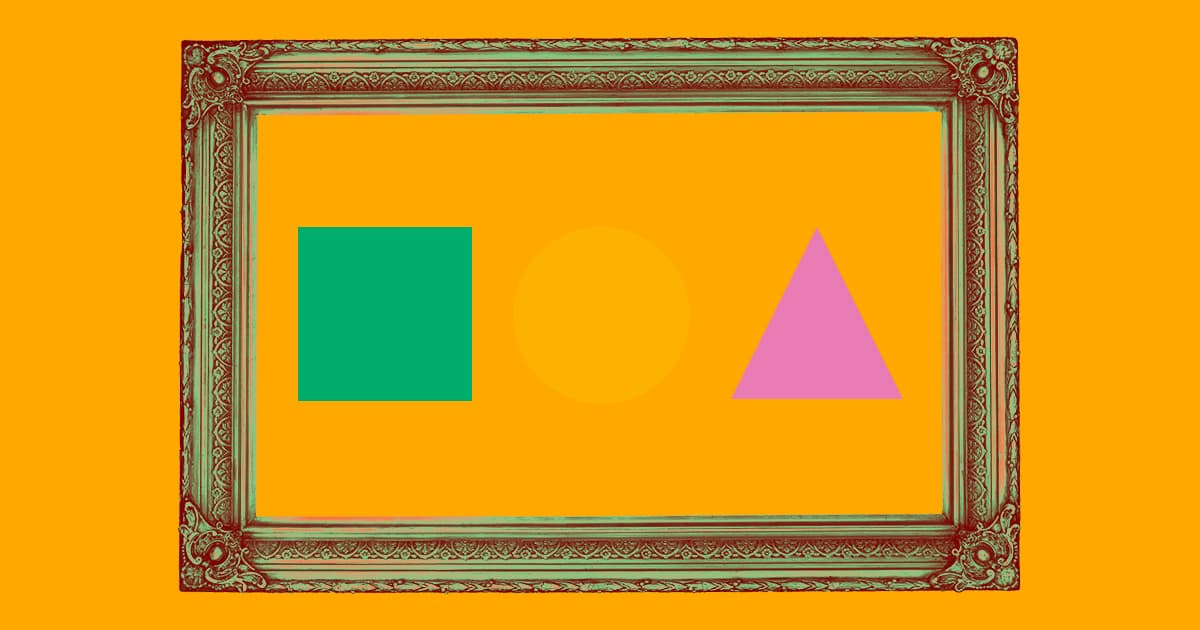 Someday, artificial intelligence could become so advanced that it gains the ability to think creatively — and, perhaps, so vastly surpasses humanity's artistic abilities that it would have to explain its creations to our squishy, primitive brains.

At least, that's one of the predictions that physicist, philosopher, and creativity scholar Arthur Miller makes in his new book, "The Artist in the Machine." The book, released last month, details how machines are starting to demonstrate creativity, from learning to improvise music to pulling together insights from seemingly unrelated fields of research — and suggests how the trend might continue.

Futurism caught up with Miller to chat about his book and his thoughts on art and the future of creativity. While some of the technology Miller describes, like artificial general intelligence, is probably hiding in the distant future, he argues that today's technology may be more creative than most assume.

Futurism: In your book, you describe creativity as the amalgam of a long list of traits and characteristics — is a simpler definition possible, and does it change when you're describing a machine versus a person?

Arthur Miller: It's essentially going beyond what you know. Similarly in a machine: to go beyond its algorithm to produce some new form of the arts. Creativity is accomplished by problem solving.

F: I understand the argument that seeing an algorithm make jumps beyond its explicit programming or drawing connections among different wells of data resembles human creativity. But isn't there an argument that doing that — arriving at the most elegant solution to a problem as in when playing chess or Go — is exactly what AI and machine learning tools are programmed to do, even if that elegant answer is a different solution than what humans found?

AM: When you talk about AlphaGo, the algorithm that cracked Go, what it essentially did was jump its program. It wasn't supposed to make a key move. In fact, it was considered to be a bad move — the Go team thought it had glitched. It won based on calculating the odds of a human making that move to be one in 10,000. That's more than a glimpse of creativity.

There are experiments with language which I find extremely interesting. What machines can do is create prose with wordplay that we're not used to. Machines can investigate into that fine line between what's sense and what's nonsense.

This shows that machines can transform the landscape of language. The endpoint of this could well be that when we have sophisticated machines that can produce prose that is meaningful to them, they may have to translate it for us. They would have to educate us — this is far in the future — and we might even agree that what they produce is more sophisticated or more interesting than what we do.

For me, we should always have in mind the big question: can machines be creative, can machines produce art? But also, the question can we learn to appreciate it?

F: At one point in your book, you write "When machines reach our level of creativity, they will be able to develop a creativity of their own — creativity that at present we are not equipped to imagine." What will that new level of creative thinking look like? When you talk about needing translations, are you suggesting that AI might someday conjure truly exotic creations, or is it more that we won't understand the logic that a machine used along the way?

AM: It is a mix of both. In my view, what will happen is when machines have fluency in the English language, good natural language processing, they'll read the web very quickly. Machines will contain more knowledge than we could gather in a lifetime.

They'll see things like love and emotion, and say 'Gee isn't that cool, let's look into it,' and they'll convince us they have these things. Machines will eventually be able to duplicate our emotions, our intelligence, our creativity. That's something called artificial general intelligence: when the machines are as smart as us.

F: Is finding a way to program consciousness the key to building truly creative AI? Can a non-conscious technology be truly creative?

AM: Why should the property of sentience be attributed only to human beings? As we move along, the concept of what it means to be a human will be transformed.

The transhumanist line, for example, predicts we'll replace parts of our brains with chips. We will reach a point where machines and humans are working together, and then machines will drift over and work by themselves. So we will have three groups. The humans left behind, the humans who work with machines, and the machines.

F: So let's talk about a future where the human mind is at least partially merged with machinery. How would that merger work? Is it a matter of machines bringing new skills to the table?

AM: There's a nice example in my book of a device called the Continuator, created by François Pachet. At one point he was interested in coming up with a device that could aid musicians, mostly in creativity, in improvising. A pianist sits down at a piano and starts playing, and the notes are fed into the Continuator. It turns them into phrases, and the Continuator produces its own improv based on what the musician had played. And then the pianist will play more, and the cycle continues. Improvisation becomes a conversation between musician and machine.

F: When we talk about musical improv, there's randomness and surprise within a phrase, but there’s also order behind it. Can a computer know when to follow the rules of musical theory and when to break them?

AM: These machines have no awareness. It, so to speak, chugs along, looks for recurring patterns and analyzes them. There is surprise in the human's face because the human has a sense of self-awareness, but the machine doesn't.

F: If the machine is just doing pattern analysis, does its value come from us interpreting it as improvisation?

AM: We look for patterns in whatever we do — it's a built-in survival mechanism, actually. The audience responds and the musician responds, but the machine isn't aware of what sort of music is improvised, even if it sounds pleasant. It's the sort of music we would expect, it isn't really pioneering. But someone standing in the next room can't tell whether the human is playing or the Continuator is playing, so in this way the computer passes a musical Turing test.

F: Is there a way to assign value to robotic art without comparing it to a human's creation?

AM: I think it's wrong to assess the work of an AI on whether it can be distinguished from the work of a human. Because what's the point? You want AI to create works of art that you can't even imagine right now. To define what is art is impossible. Picasso's artworks were considered a joke at the time he did them.

F: Today's technology can already help people boost their creativity and give people new tools with which to create art, and there are rudimentary tools out there that create things on their own. Where does the line between creator and tool end? When does the technology itself become the creator?

AM: You start crediting the machine when the machine produces works that are generally accepted in the art world — and when you learn to accept it as a work of art even though it was done by a machine.

F: Are we there yet?

AM: The art world is coming to that point, but we're not quite there. We can't even imagine what that new art will be. Maybe it will be 3D — 3D-printed art.

F: This is a debate already happening — developers are fighting the patent office over whether they or an algorithm should get credit for the algorithm's output.

AM: I think I know what you're talking about. There's an algorithm where you put in the qualities of a chair and it creates two million chairs. At least at this point the machine and the engineer should share the credit.

But I would almost weigh in on the side of the machine, actually. The machine was generating three-legged chairs and weird designs that the human wouldn't have. So the machine has creative license because it's jumping its algorithm — it's going beyond its programming. It produced something that was not in the gamebook.

More on creative AI: Will the Next Mozart be a Robot?