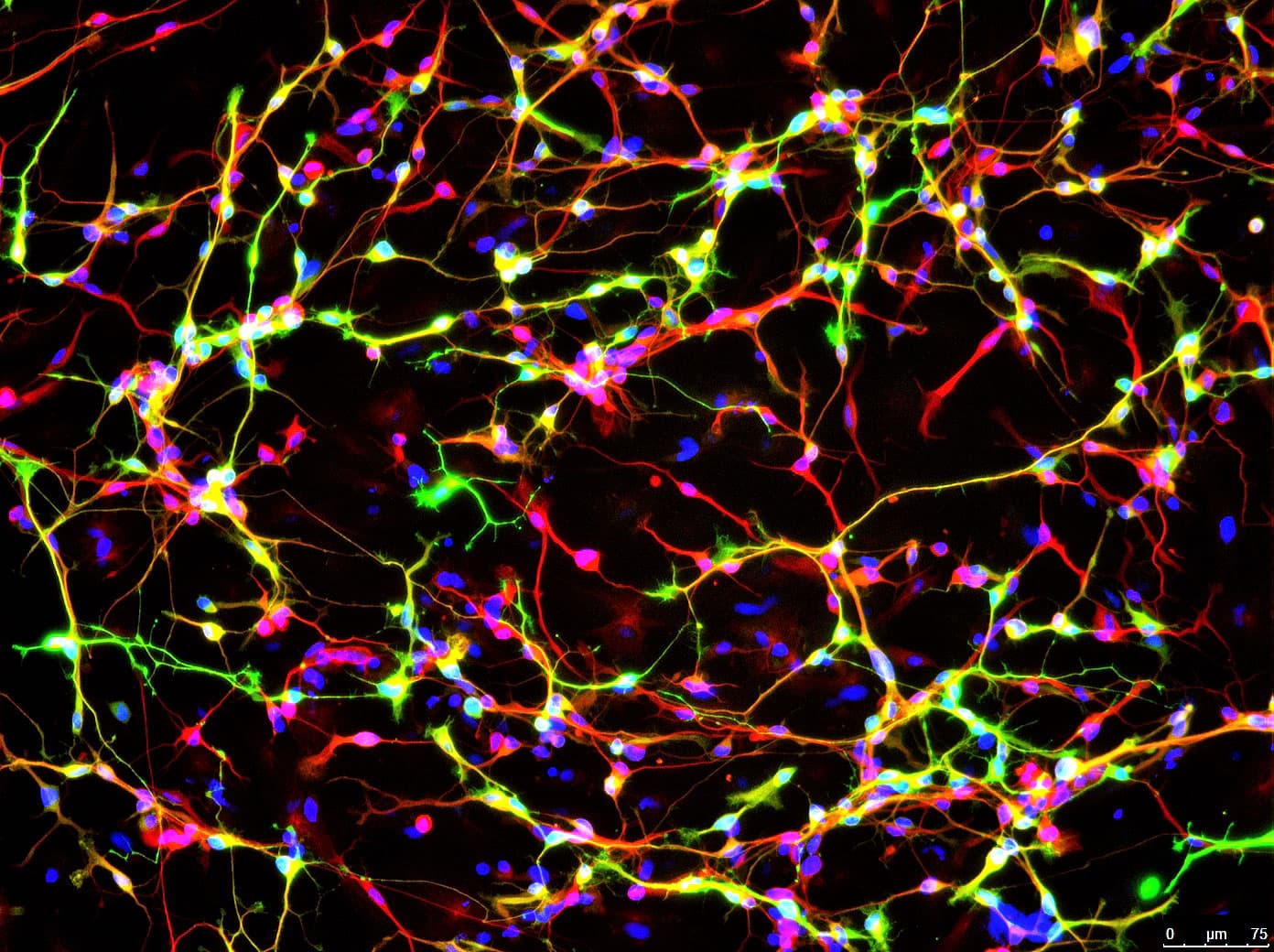 Parkinson’s disease researchers from the Jacobs School of Medicine and Biomedical Sciences at the University of Buffalo have found a way to boost the conversion of skin cells into neurons that produce dopamine. The research was based on the discovery that a transcription factor protein p53 acts as a gatekeeper protein.

he new UB research, published Dec. 7 in an open-access article in Nature Communications,

Jian Feng, senior author and professor in the Department of Physiology and Biophysics at UB, outlined the discovery in the press release, saying, “We found that p53 tries to maintain the status quo in a cell; it guards against changes from one cell type to another. Once we lowered the expression of p53, then things got interesting: We were able to reprogram the [skin cell] fibroblasts into neurons much more easily.”

He notes that such innovations hold promise for similar transformations.

“People like to think that things proceed in a hierarchical way, that we start from a single cell and develop into an adult with about 40 trillion cells, but our results prove that there is no hierarchy,” he continued. “All our cells have the same source code as our first cell; this code is read differently to generate all types of cells that make up the body.”

When the genomic gatekeeper p53 is lowered at the right time of cell cycle, the researchers could easily transform skin cells into dopamine neurons with the help of transcription-factor combinations.

This breakthrough marks a major landmark in Parkinson’s disease research as a means of repairing faulty dopamine neurons has long been considered the elusive holy grail in treating the disease.

The advance may also be important for basic cell biology, Feng states. “This is a generic way for us to change cells from one type to another,” he said. “It proves that we can treat the cell as a software system when we remove the barriers to change. If we can identify transcription factor combinations that control which genes are turned on and off, we can change how the genome is being read. We might be able to play with the system more quickly and we might be able to generate tissues similar to those in the body, even brain tissue."

Read This Next
Futurism
Parkinson's May Actually Originate From Microbes in the Gut
Futurism
New Parkinson’s Treatment May Stop the Spread of Faulty Protein
Futurism
The War on Parkinson's: Stem Cells Successfully Injected into Patient's Brain
Futurism
New Blood Test Can Detect Early Alzheimer's Disease
Futurism
New Test for Parkinson’s Disease Can Lead to Earlier Diagnosis and Treatment
More on Hard Science
Tractor Beam
Thursday on the byte
Scientists Build Working Tractor Beam, Although It's Comically Tiny
Having a Blast
Jan 18 on the byte
New Study Shows Where You Should Hide to Survive a Nuclear Attack
Offworld Amino
Jan 15 on the byte
Scientists Find Building Blocks of Life in Meteor That Smashed Into Family's Driveway
READ MORE STORIES ABOUT / Hard Science
Keep up.
Subscribe to our daily newsletter to keep in touch with the subjects shaping our future.
+Social+Newsletter
TopicsAbout UsContact Us
Copyright ©, Camden Media Inc All Rights Reserved. See our User Agreement, Privacy Policy and Data Use Policy. The material on this site may not be reproduced, distributed, transmitted, cached or otherwise used, except with prior written permission of Futurism. Articles may contain affiliate links which enable us to share in the revenue of any purchases made.
Fonts by Typekit and Monotype.