Researchers Have Transformed a Spinach Leaf Into Working Heart Tissue

This could be used to repair damaged human hearts. 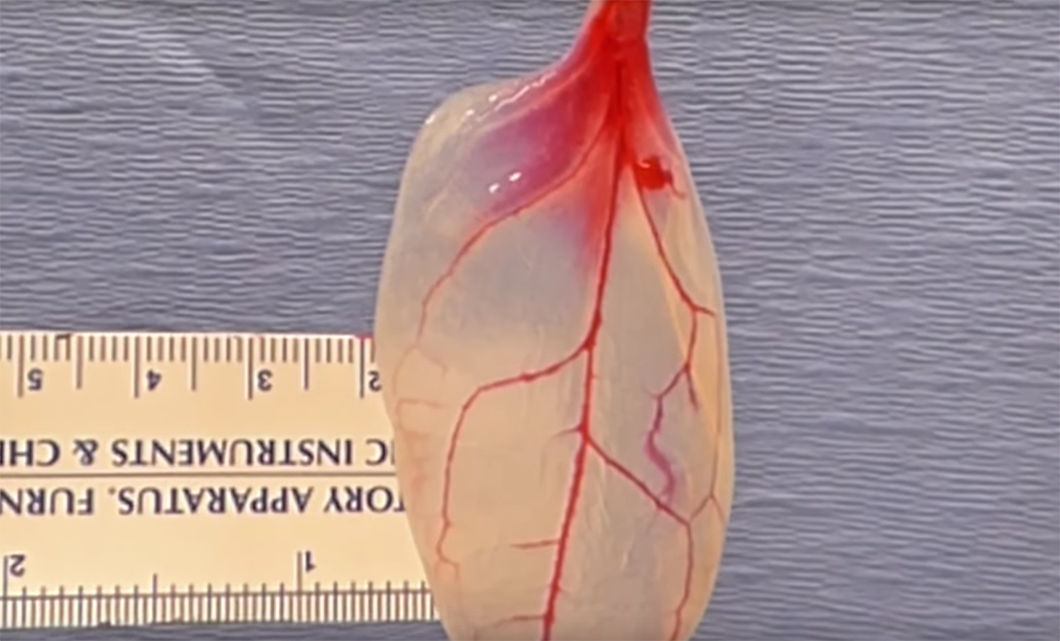 Researchers from the Worcester Polytechnic Institute (WPI) have transformed a spinach leaf into functional heart tissue. The team's goal was to recreate human organ tissue down to the fragile vascular networks of blood vessels it can't survive without. Scientists had previously attempted to 3D print intricate vascular networks without success. This breakthrough could mean that the delicate vascular systems of plants are the key.

To create the heart tissue, the scientists at WPI revealed the leaf's cellulose frame by stripping away the plant cells. Then, they “seeded” the frame with human cells, causing tissue growth on the frame. Finally, they were able to pump microbeads and fluids through the veins to illustrate the functioning concept.

Although other scientists have been able to create small-scale artificial samples of human tissue, those samples required integration with existing blood vessels. The large-scale creation of working tissue infused with the vascular vessels critical to tissue health had proven impossible.

Because the technique could help people grow layers of stronger, healthier heart muscle, the team suggests that it could eventually be used to treat heart attack patients or others whose hearts have difficulty contracting. The researchers have also experimented with parsley, peanut hairy roots, and sweet wormwood as they believe the technique could make use of different kinds of plants to repair other types of tissues. For example, wood cellulose frames could one day help us repair human bones.

“We have a lot more work to do, but so far this is very promising," Glenn Gaudette, a professor of biomedical engineering at WPI, told The Telegraph. "Adapting abundant plants that farmers have been cultivating for thousands of years for use in tissue engineering could solve a host of problems limiting the field.”

Read This Next
Buck Like Funnies
This Plastic Bunny Has DNA Explaining How to Make More Bunnies
Futurism
3D Printed Sugar Scaffolds Could Help Grow Organs, Then Dissolve Away
Futurism
What NASA’s First 3D Printed Rocket Parts Mean for the Space Launch System
Futurism
Engineers Have Found a Way to 3D Print Super Strong Aluminum
Futurism
NASA Wants to Use 3D-Printed Parts for Future Rocket Engines
More on Hard Science
Total Drama Island
Sep 28 on the byte
Journal Retracts Study on Room Temperature Superconductors
Tell Us How You R...
Sep 27 on the byte
Former Particle Physicist Absolutely Annihilates the Field of Particle Physics
Long Live
Sep 25 on futurism
Giving Baby Mice This Drug Makes Them Live 10 Percent Longer
READ MORE STORIES ABOUT / Hard Science
Keep up.
Subscribe to our daily newsletter to keep in touch with the subjects shaping our future.
+Social+Newsletter
TopicsAbout UsContact Us
Copyright ©, Camden Media Inc All Rights Reserved. See our User Agreement, Privacy Policy and Data Use Policy. The material on this site may not be reproduced, distributed, transmitted, cached or otherwise used, except with prior written permission of Futurism. Articles may contain affiliate links which enable us to share in the revenue of any purchases made.
Fonts by Typekit and Monotype.