The surface temperature of one is likely between 32°F and 59°F. 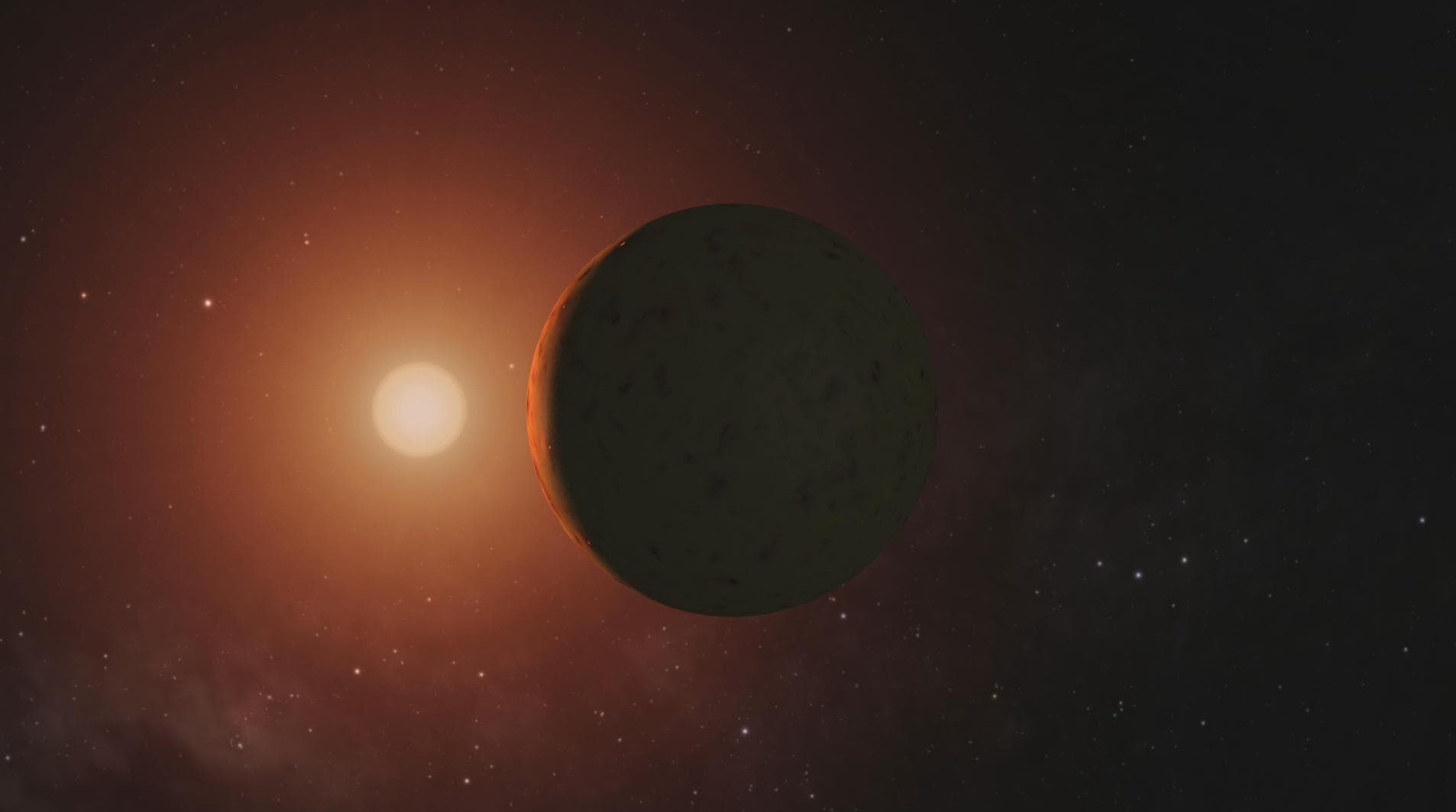 Of the three potentially habitable TRAPPIST 1 planets, scientists now have new evidence that two could support life. Their research has been published in Astronomy & Astrophysics.

For their study, the team, which was led by Amy Barr, a planetary geophysicist at the Planetary Science Institute, first produced compositional models of the seven TRAPPIST-1 planets and their interiors. Using those models, they determined that six of the worlds likely bear either liquid water or ice, with one of the planets potentially home to a global ocean.

The next step was to plot each planet's orbit in order to estimate its surface temperature. The planets in the Trappist-1 system have unusual, egg-shaped orbits, which cause them to stretch and squeeze in a way that can create heat in their interiors.

This phenomenon, known as tidal heating, not only warms up a planet, it can also promote chemistry and flow in its mantle, which produces conditions conducive to life as we've observed on Earth.

The researchers determined that planets b, c, d, and e all experience tidal heating. However, d and e experience much less and are the two most likely habitable TRAPPIST 1 planets.

Barr told The Guardian that d and e sit in a "kind of temperate region” with “very reasonable surface temperatures.” The team believes planet d has a temperature between around 15 degrees Celsius (59 degrees Fahrenheit) and just above the melting point of ice. Planet e would be colder, according to Barr, roughly akin to the temperatures found at Earth's Antarctic region.

At present, mathematical models are our best method of learning about the conditions of the various planets in the TRAPPIST-1 system. However, they leave some major gaps in our knowledge, like the question of whether any of the planets possess a significant atmosphere.

Thankfully, various projects are underway that will allow us to observe exoplanets, include the potentially habitable TRAPPIST 1 planets, in more detail.

One of those is the James Webb Space Telescope (JWST). The highly anticipated telescope is scheduled to launch in early 2019, and once it's up and running, exoplanets will be among the first bodies it's used to study.

Besides the JWST, a number of Earth-based observatories are on track to be completed the near future, and they'll also contribute to exoplanet research. Both the Giant Magellan Telescope (GMT) and the Extremely Large Telescope, set for completion in 2025 and 2021, respectively, could potentially tell us a great deal about whether or not these planets are habitable.

Our study of exoplanets is still in its earliest stages — we only just confirmed they existed in 1992. Since then, we've confirmed 3,726 planets across 2,792 systems, including around 20 that could potentially be habitable. As we develop better tools to observe these worlds, we'll be able to make more informed assumptions about their conditions.

Read This Next
Accuracy Wall
Harvard and MIT Scientists Warn That James Webb Data May Not Be What It Seems
Outing Life
Swiss Government Scientist Says We May Be on the Brink of Discovering Alien Life
Sun Gazer
Researchers Want to Use the Sun As a Giant Telescope to Look for Aliens
Space Invaders
Study: There May Be as Many as Four Evil Civilizations in Our Galaxy
Search for Life
Former Astronaut Suggests Specific Planet for James Webb to Search for Life
More on Off World
Drama Bomb
Wednesday on the byte
European Space Agency Halts Plans to Send Astronauts to Chinese Space Station
Futurism
Wednesday on the byte
Asteroid Mining Startup About to Launch First Mission
Carry On, Wayward...
Wednesday on the byte
NASA Says Lucy Spacecraft Will Forge Ahead With Busted Solar Array
READ MORE STORIES ABOUT / Off World
Keep up.
Subscribe to our daily newsletter to keep in touch with the subjects shaping our future.
+Social+Newsletter
TopicsAbout UsContact Us
Copyright ©, Camden Media Inc All Rights Reserved. See our User Agreement, Privacy Policy and Data Use Policy. The material on this site may not be reproduced, distributed, transmitted, cached or otherwise used, except with prior written permission of Futurism. Articles may contain affiliate links which enable us to share in the revenue of any purchases made.
Fonts by Typekit and Monotype.