Researchers Capture the Best Image of Any Star Ever Taken

And it is a violent, angry-looking place. 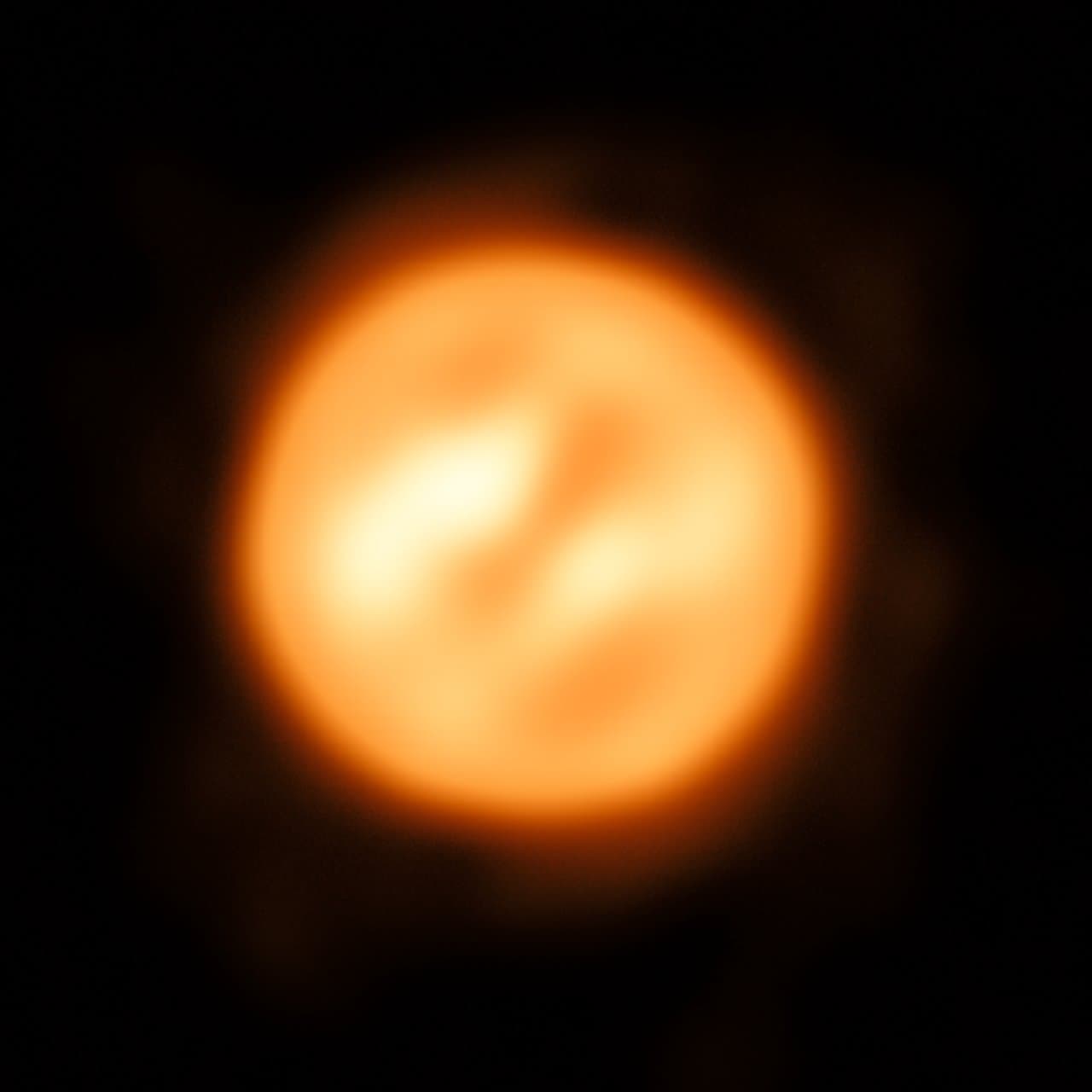 Look at the Stars

Red supergiant (RSG) stars are considered the most voluminous stars in the universe. The two most famous examples of RSGs are Betelgeuse and Antares, and to the naked eye the latter appears to shine with a strong red tint as it sits at the heart of the constellation Scorpius. However, RSGs are known to exhibit a certain kind of behavior that's baffled astronomers for a long while.

A team of astronomers decided to figure out this strange phenomenon by taking a closer look at Antares, a star already at near the end of its life. "How stars like Antares lose mass so quickly in the final phase of their evolution has been a problem for over half a century," Keiichi Ohnaka from the Universidad Católica del Norte in Chile and lead author of the study said in a press release.

His team used the Very Large Telescope Interferometer (VLTI) of the European Southern Observatory (ESO) at the Paranal Observatory in Chile, with which they mapped the surface and movement of the surface material of Antares. The result: they managed to take the best image of an extra-solar star's surface ever. Their research has been published by the ESO.

This was made possible by the VLTI's ability to combine light from four of its telescopes to create a virtual telescope that works like a single mirror that's 200 meters across. It, in turn, allowed the team to recreate a two-dimensional velocity map of a star, the first such beyond our solar system.

Read This Next
Name Game
NASA May Still Rename James Webb Telescope Over Homophobia Controversy
Search for Life
Former Astronaut Suggests Specific Planet for James Webb to Search for Life
Far Out
Proposed Mission Would Explore Interstellar Object ‘Oumuamua
History Repeating
Astrobiologist: Humans Are Going to Ruin Outer Space
On The Event Horizon
Here's Why Everyone's so Excited About the Black Hole Image
More on Off World
Infra-Red Alert
Yesterday on the byte
James Webb Reveals Mysteriously Powerful "Engine" of Two Merging Galaxies
Die to Fight Anot...
Yesterday on the byte
Mysterious Russian Satellite Explodes
Heavy Metal
Tuesday on the byte
NASA Mars Rover Finds Metallic Object That Smashed Down on Surface
READ MORE STORIES ABOUT / Off World
Keep up.
Subscribe to our daily newsletter to keep in touch with the subjects shaping our future.
+Social+Newsletter
TopicsAbout UsContact Us
Copyright ©, Camden Media Inc All Rights Reserved. See our User Agreement, Privacy Policy and Data Use Policy. The material on this site may not be reproduced, distributed, transmitted, cached or otherwise used, except with prior written permission of Futurism. Articles may contain affiliate links which enable us to share in the revenue of any purchases made.
Fonts by Typekit and Monotype.