If you have the money, they have the time. 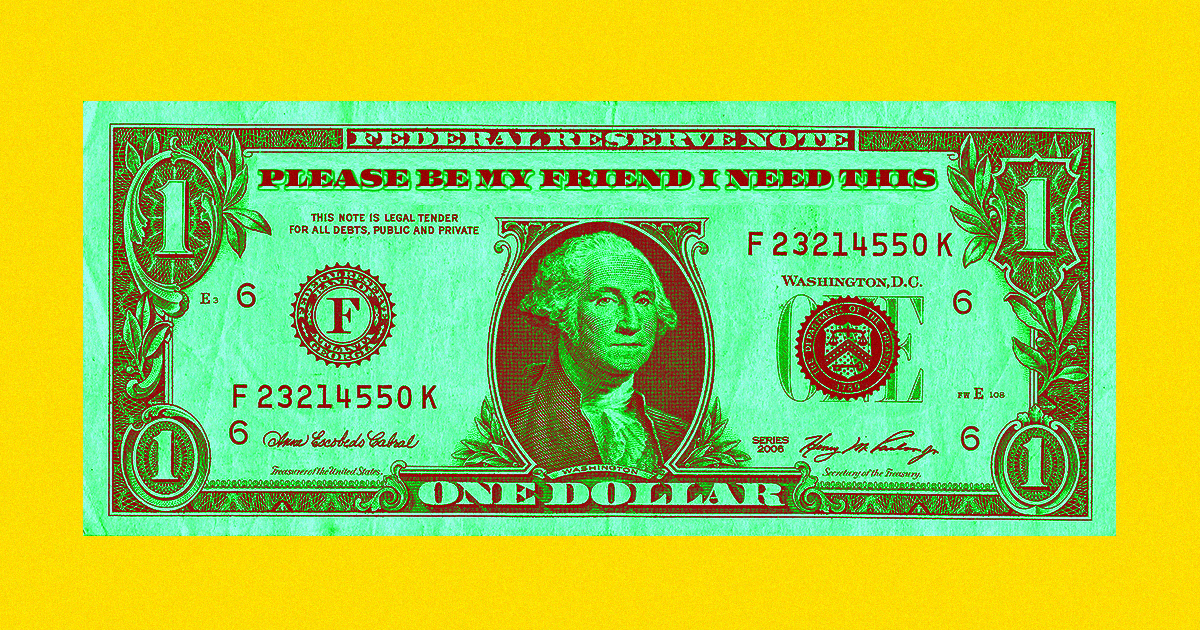 Image by Illustration by Tag Hartman-Simkins

Lots of people think they know how to address the loneliness epidemic sweeping the globe.

More than 1,000 cafes in the U.K. now have designated tables for lonely people to chat with one another, and lonesome folks can now take advantage of a growing number of algorithm-powered friendship apps.

In South Korea, engineers have built a robot that encourages young people to socialize, while University of Chicago scientists are currently hard at work developing a pill to make it easier for lonely people to reach out to others.

But long before "loneliness epidemic" was even a term, entrepreneur Scott Rosenbaum was already attempting to help people feel less socially isolated — by renting friends to them by the hour.

Rosenbaum launched RentAFriend.com in 2009, and today, members pay $24.95 per month for the ability to contact the available "friends" with profiles on the site.

The two then negotiate an hourly rate for the friend rental, with the friend keeping 100 percent of the agreed-upon fee, which is delivered in cash upon meeting.

According to RentAFriend's about page, that usually starts at $10 per hour, meaning Vox writer Jean-Luc Bouchard must've rented a top-of-the-line friend for his recent investigation into the website.

In the piece, Bouchard recounts how he paid a woman he found on RentAFriend $20 per hour to join him for a movie, a walk through New York City, and a meal of cactus tacos. The afternoon cost him a total average of $47 per hour, if you count what he paid for the membership fee, movie tickets, and food.

While his afternoon with Lyla (not her real name) was perfectly pleasant, the exchange of money prevented it from feeling like a genuine encounter with a new friend — but that's not to say Bouchard didn't see the value in the service provided by RentAFriend.

"Renting a friend felt worse than regular friendship — it lacked its ease, the mutual respect and comfort that familiarity allows, and the certainty that it will last longer than an afternoon," Bouchard wrote, "but it also felt better than being lonely."

Paid Friends vs. No Friends

Today, more Americans are living alone than at any other time in the nation's history, and the average household size in shrinking as more people choose to forgo marriage and parenthood.

Those changes and others have contributed to a doubling of the percentage of American adults who say they’re lonely over the past few decades, from 20 percent in the 1980s to 40 percent by 2013.

So, while Bouchard may have found RentAFriend to fall short of genuine friendship, the potential health benefits of renting friends might be worthwhile for those for whom the free kind of companionship isn't an option.

More on loneliness: Feeling Lonely? Scientists Are Developing a Pill to Fight Loneliness

Read This Next
Sleep Tight
Airbnb Hosts Are Spying on Guests With Hidden Cameras
Futurism
Driving for Uber or Lyft Is Awful, New Study Shows
More on Future Society
Ads Everywhere
8:08 PM on the byte
Cell Providers Are Apparently Gonna Put Ads on Your Phone's Lock Screen
Robot Ref
7:28 PM on the byte
AI Referee Will Track Players' Individual Limbs at World Cup
Bad Times
2:52 PM on the byte
Abysmal New Numbers Show the NFT Market Is in Deep Trouble
READ MORE STORIES ABOUT / Future Society
Keep up.
Subscribe to our daily newsletter to keep in touch with the subjects shaping our future.
+Social+Newsletter
TopicsAbout UsContact Us
Copyright ©, Camden Media Inc All Rights Reserved. See our User Agreement, Privacy Policy and Data Use Policy. The material on this site may not be reproduced, distributed, transmitted, cached or otherwise used, except with prior written permission of Futurism. Fonts by Typekit and Monotype.