"If you have idiots undervaluing, it costs the whole system." 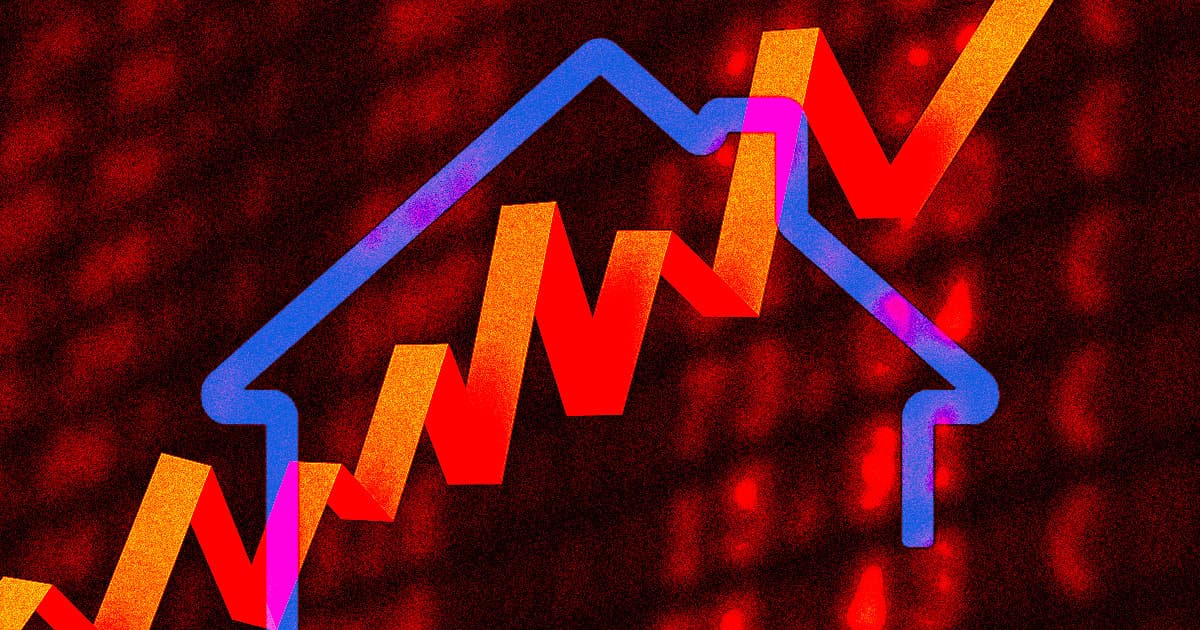 Rents across the country have skyrocketed thanks in part to a rental algorithm called YieldStar that takes the human element out of housing and hikes prices on behalf of landlords — a handy tool for real estate owners and a dystopian and never-ending nightmare for tenants.

As ProPublica reveals in a shocking investigation, the software touts the fact that rents have shot up over the last year as both a feather in its cap and one of its main selling points.

According to its executives' messaging and information reviewed by ProPublica, it's played an outsize role in increasing rents nationwide, too.

Which, as RealPage's leadership argues, is actually a desirable thing — despite the fact that millions of Americans are feeling the squeeze right now, in large part due to soaring rent prices.

"As a property manager, very few of us would be willing to actually raise rents double digits within a single month by doing it manually," RealPage executive Andrew Bowen said during a real estate tech conference during the summer of 2021, as quoted by ProPublica.

"I think it’s driving it, quite honestly," Bowen continued, referencing the record-setting rental prices increases that occurred after the precipitous "pandemic pricing" drop of 2020 and early 2021.

According to recent data, single bedroom apartment rents have continued to rise in 46 out of 47 examined US states between September 2021 to September 2022. Half of those states experienced increases of at least eight percent.

Though the company's been around since 1998 and is far from the only rent-setting software out there, a controversial 2017 merger between RealPage and one of its competitors led to its clients controlling 19.7 million of the United States' 45 million total rental units by 2020.

In other words, an algorithm influenced the prices for almost half the rental units in the whole country.

Even more worryingly, not much is known about the specific workings of the YieldStar algorithm. The little we do know about it is troubling to say the least.

In fact, some see the algorithm as potentially illegal and anti-competitive, enabling the sharing of anonymous rental price data with other landlords.

In response to ProPublica's questions, RentPage acknowledged that the price-sharing practice could seem anti-competitive, but countered that landlords otherwise figure that information out themselves by conducting phone surveys of competitors.

YieldStar CEO and founder Jeffrey Roper, a former Alaska Airlines executive, said that removing the human element of pricing decisions was a net good for revenues — and that if they can get landlords to raise rents across the board, it benefits the whole group all the more.

“If you have idiots undervaluing, it costs the whole system,” Roper told ProPublica, adding that the company's internal belief is that landlords have "way too much empathy" when it comes to pricing rents, especially when the people they're renting to come from similar income brackets as them.

It's pretty clear from RealPage's happy customers that they're thrilled with the results, and in company testimonials, property managers intimated that they consider YieldStar to be something of a secret weapon.

"The beauty of YieldStar is that it pushes you to go places that you wouldn’t have gone if you weren’t using it," Kortney Balas, the director of revenue management at Illinois' JVM Realty, said in a RealPage testimonial.

But there's a far darker side to the story most, if not all, of these testimonials fail to acknowledge: a nationwide housing crisis marked by soaring rents, stretching tenants to their absolute limits.

Read This Next
Shooting Feet
After Saying He Wanted an Open Algorithm, Elon Musk Just Fired the Twitter Team Responsible for Doing Just That
Can We Not
China Says It's Developing an AI to Detect Party Loyalty
Paper Chaser
Researcher Tells AI to Write a Paper About Itself, Then Submits It to Academic Journal
Power Hungry
Scientists Warn That Ad-Targeting Neural Networks Could Use "Infinite" Energy
Final Predestination
Microsoft Created Creepy Algorithm to Predict Which Specific Teens Would Get Pregnant
More on Artificial Intelligence
I'm a Cool Boss(w...
Wednesday on the byte
Companies Already Investing in Tech to Scan Employees’ Brains
Language Moron
Nov 20 on the byte
Facebook Takes Down AI That Churns Out Fake Academic Papers After Widespread Criticism
Uncanny Covers
Nov 2 on the byte
This Deepfake AI Singing Dolly Parton's "Jolene" Is Worryingly Good
READ MORE STORIES ABOUT / Artificial Intelligence
Keep up.
Subscribe to our daily newsletter to keep in touch with the subjects shaping our future.
+Social+Newsletter
TopicsAbout UsContact Us
Copyright ©, Camden Media Inc All Rights Reserved. See our User Agreement, Privacy Policy and Data Use Policy. The material on this site may not be reproduced, distributed, transmitted, cached or otherwise used, except with prior written permission of Futurism. Articles may contain affiliate links which enable us to share in the revenue of any purchases made.
Fonts by Typekit and Monotype.