"If you turn off air conditioners, it will be unbearable." 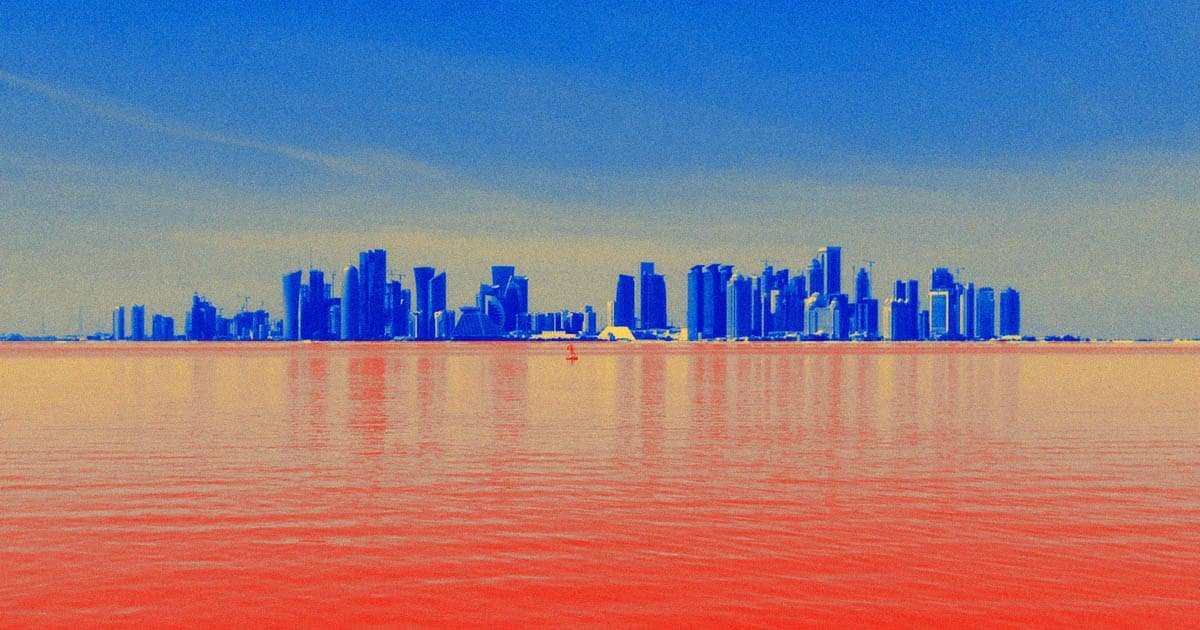 In response, the nation has done something that sounds absurd: it's started to air condition its outdoor spaces — a "solution" which, ultimately, could exacerbate the sweltering heat.

A fascinating story by The Washington Post dives deep into Qatar's temperature woes, noting how the extreme heat has put the health of the nation's residents at risk. In response, it has installed air conditioning units in its open-air sports stadiums, malls, and markets.

"If you turn off air conditioners, it will be unbearable," Yousef al-Horr, founder of the sustainability-focused Gulf Organization for Research and Development, told WaPo. "You cannot function effectively."

The air conditioners might work to temporarily cool Qatar's residents, but they're an environmental catch-22: the nation uses fossil fuels to generate the electricity needed to run the devices. Those fossil fuels, in turn, produce carbon emissions, which contribute to the global warming that's cooking its public spaces.

While signatories of the Paris Agreement agreed to attempt to avoid letting temperatures rise to 2 degrees Celsius (3.6 degrees Fahrenheit) above pre-industrial levels, Qatar has already exceeded that threshold — meaning the nation's current situation could foreshadow our future one.

"Qatar is one of the fastest warming areas of the world, at least outside of the Arctic," Berkeley Earth climate data scientist Zeke Hausfather told WaPo. "Changes there can help give us a sense of what the rest of the world can expect if we do not take action to reduce our greenhouse gas emissions."

More on climate change: No Existing Policies Will Be Enough to Prevent a Future "Hothouse Earth"