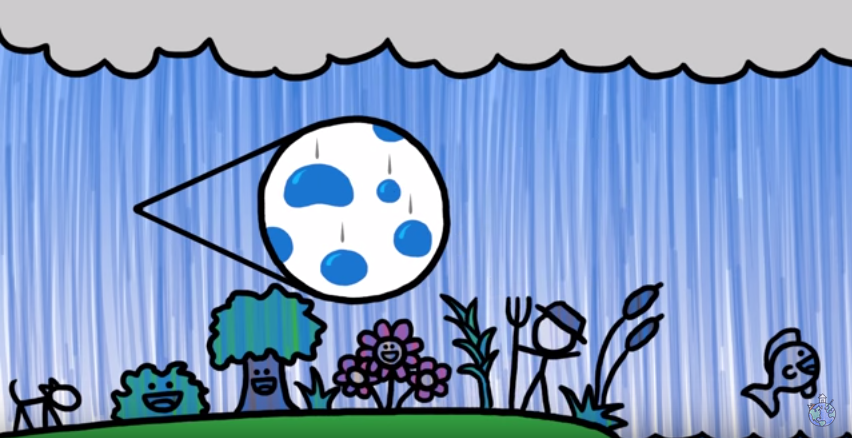 A rainstorm moves through, breaking the dry spell. Once it leaves, the outside world has a different vitality. The quiet after a storm is often followed by the soft chirping of birds and a new sense of life. It brings a refreshingly clean smell that is known as "petrichor." It is a rather beautiful phenomenon.

However, according to basic physics, raindrops (and therefore, rainstorms) are mathematically impossible.

Fortunately, the world doesn't operate according to our basic understanding of physics; rather, a complex array of factors come into play.

To begin with, in the air, water vapor clings together all the time; however, thanks to heat (and the movement that it causes), they also break apart frequently. As a result, in order to water to truly accumulate, the temperature needs to cool enough for it to stick together in clumps. The problem is, in order for rain to form these clumps (or droplets), they need to be in a rather large clump, a clump that is larger than what they can form by themselves.

This seems a little counterintuitive. To form raindrops, water needs to be in a clump larger than it can possibly form?

That's right. By way of explanation, when you have a small accumulation of water in the air, the water on the outside doesn't have enough neighbors to bond to because the shape is so rounded. This rounded shape makes it easy for the molecules to break off.  Thus, water shouldn't ever be able to form clumps large enough to truly form water droplets (aka rain).

But of course, they do.

And this is all made possible thanks to the billions and billions of dust particles floating about in our atmosphere. In other words, without dust, there would be no water cycle and we would all be dead. Here, MinuteEarth breaks down the science of rain and how we are able to get such phenomenal storms.