Upgrade Your Gaming Rig with These Presidents' Day Deals

Hail to the specs. 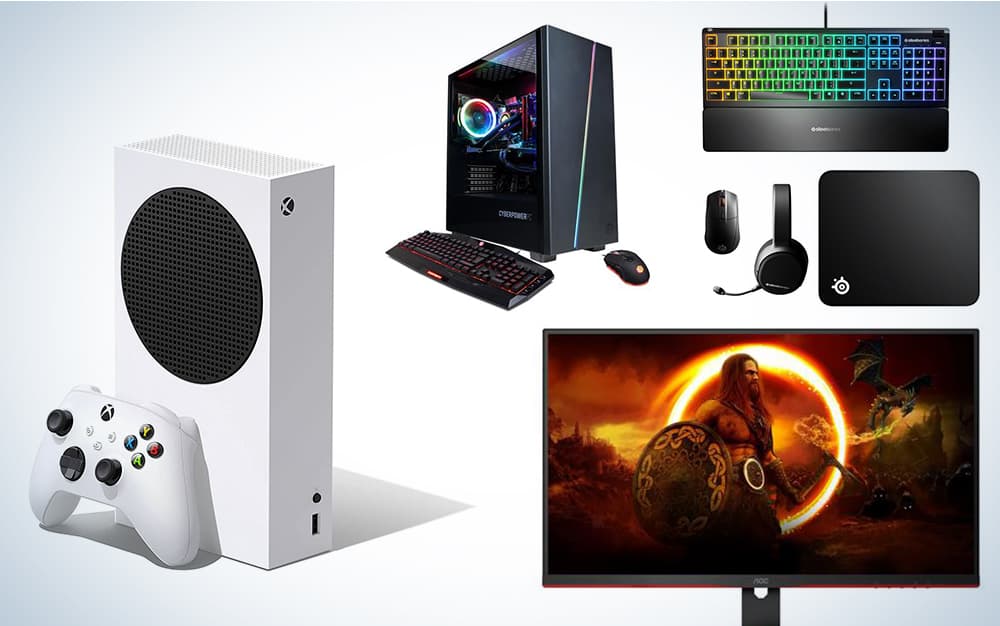 It's never been a better time to be a gamer. Whether you're a low-spec retro gamer or a proud over-clocker, there's tons of great fantastic tech that amplify experiences and provide an unfathomable level of immersion. Is your gaming rig aching for an upgrade? Luckily, Presidents' Day sales aren't just for mattresses and minivans anymore. There are great deals from consoles to PC shells, and everything in between. Sadly, like every other Presidents' Day sale, a few of these deals last for only 24 hours, so you have to act fast.

The latest Xbox console comes in two distinct options, depending on how hardcore you are about tech specs. Xbox Series X supports up to 8K resolution, real-time tracing, and ungodly high frame rates. The Xbox Series S doesn't...but it will still let you play next-gen games and use the incredibly popular Game Pass system. It's even backward compatible with nearly all Xbox One games, all at an incredibly affordable price. This bundle comes with a console, a wired headset, and an extra controller for co-op or competitive play.

Even higher end, high resolution computer monitors often lack something gamers need: speed. Latency rates are the "be all and end all" when it comes to modern gaming, especially competitive online games like "Fortnite" and "Counter-Strike: Global Offensive." Gaming monitors, like the AOC 27-Inch 16:9 Full HD 144Hz IPS Gaming Monitor with FreeSync, are built with speed in mind. It doesn't hurt that they're some of the sleekest monitors on the market too.

Your PC may be powerful, but can it run "Forza Horizon 5" at 60 fps? Anything less than optimal is a waste if you eschew the popularity of console gaming for the unmatched specs that can be had on a PC. Big, powerful rigs are often pricey, but dependable pre-built systems can be had for reasonably prices. Think of it as an investment in immersion. This CyberPowerPC Gamer Supreme Liquid Cool Gaming Desktop Computer comes with Intel Corei7, 16GB of ram, and an entire terabyte of hard disk space so you can download your entire Steam library with room to spare.

Graphics and processing speed are one thing, but like a fancy outfit, gaming is all about accessorizing. Responsive keyboards and mice, microphones, speakers, headsets, and at least one 16-button controller are must-haves. SteelSeries is one of the most dependable brands in the gaming sphere, and its Ultimate Bundle comes with a Apex 3 Keyboard, Arctis 1 Gaming Headset, Rival 3 Wireless Gaming Mouse and even a mousepad, for un unbeatable price.