Save 12% and end connectivity problems for good with this early Black Friday deal. 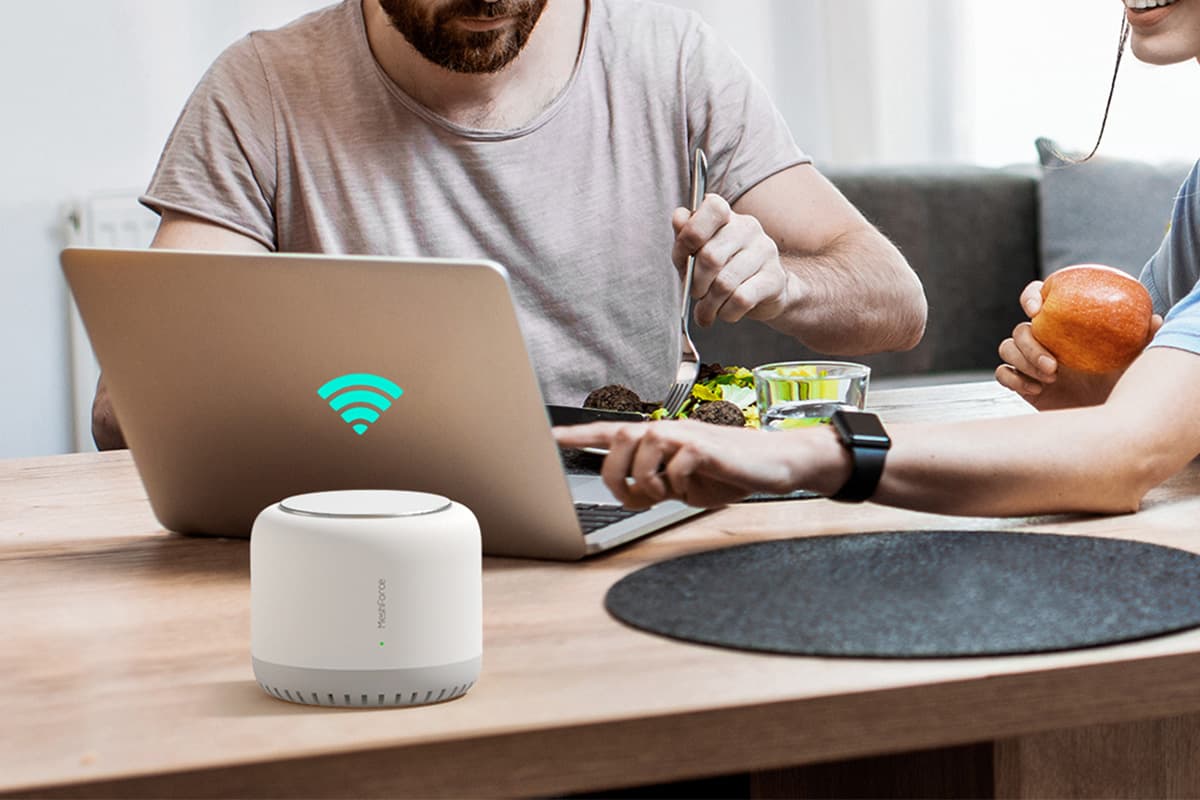 Wi-Fi has become so important, scientists have even figured out how to turn dangerous radiation into a way to access Twitter. Getting the best Wi-Fi coverage in your home can be a challenge, though, so the Meshforce M7 was built to solve it quickly and easily. And it's easier to get one now with an early Black Friday deal bringing its price down to $219 (reg. $249).

Wi-Fi Wherever You Need It

Where before you plugged in a router, adjusted the antennas, and hoped for the best, mesh networks take a proactive approach and act as "nodes" in your house which all connect to each other. Instead of all traffic flowing to the router, either directly or through an extender, a mesh network simply connects you to the network itself.

Think of it as a router that's distributed throughout your house, instead of sitting next to your TV. This means you can place nodes where it's most convenient, instead of waving your device around hoping to detect signal.

Easy To Set Up

Rated 4.5 out of 5 stars on Amazon, The Meshforce M7 adds to the convenience with a tri-band system that makes it easier to connect. Just connect it to your modem and configure it according to the prompts, and then place the nodes in nearby rooms, like home offices or workspaces. Powered by a dual-core processor and 256MB of memory, the Meshforce nodes seamlessly manage even heavy traffic situations, so if you have guests staying, you won't see the internet slow to a crawl.

Said guests could also have their own guest network built into the system, and it would be easily manageable with the My Mesh app for iOS and Android. Parents can set up controls to keep kids focused on homework, not games. And the built-in firewall and WPA/WPA2 encryption protects your data while helping to keep snoops and hackers out.

Read This Next
From Our Partners
Master Microsoft Azure With The Cyber Week Certification Training Bundle
From Our Partners
Master New Coding Disciplines With This Cyber Week Deal
From Our Partners
Cyber Monday Deal: Get 70% Off A Course Bundle That Offers A Lifetime Of Learning
From Our Partners
Shop Securely With 94% Off BelkaVPN For A Pre-Black Friday Sale
From Our Partners
Learn Cybersecurity Skills for $20 With This Pre-Black Friday Doorbuster Deal
More on Sci-Fi Visions
Getting Worse
Yesterday on the byte
Bitcoin Just Had Its Worst Month in Crypto's Entire History
FROM THE DEPT. OF...
Yesterday on futurism
Good Buys: Outer Brown Wicker Outdoor Armchair Conversation Set
FROM THE DEPT. OF...
Yesterday on futurism
Oh, Say Can You See These Amazing 4th of July Sales
READ MORE STORIES ABOUT / Sci-Fi Visions
Keep up.
Subscribe to our daily newsletter to keep in touch with the subjects shaping our future.
+Social+Newsletter
TopicsAbout UsContact Us
Copyright ©, Camden Media Inc All Rights Reserved. See our User Agreement, Privacy Policy and Data Use Policy. The material on this site may not be reproduced, distributed, transmitted, cached or otherwise used, except with prior written permission of Futurism. Fonts by Typekit and Monotype.