But don't get too excited — the scientists say it could easily just be a misidentified transmission from us humans. 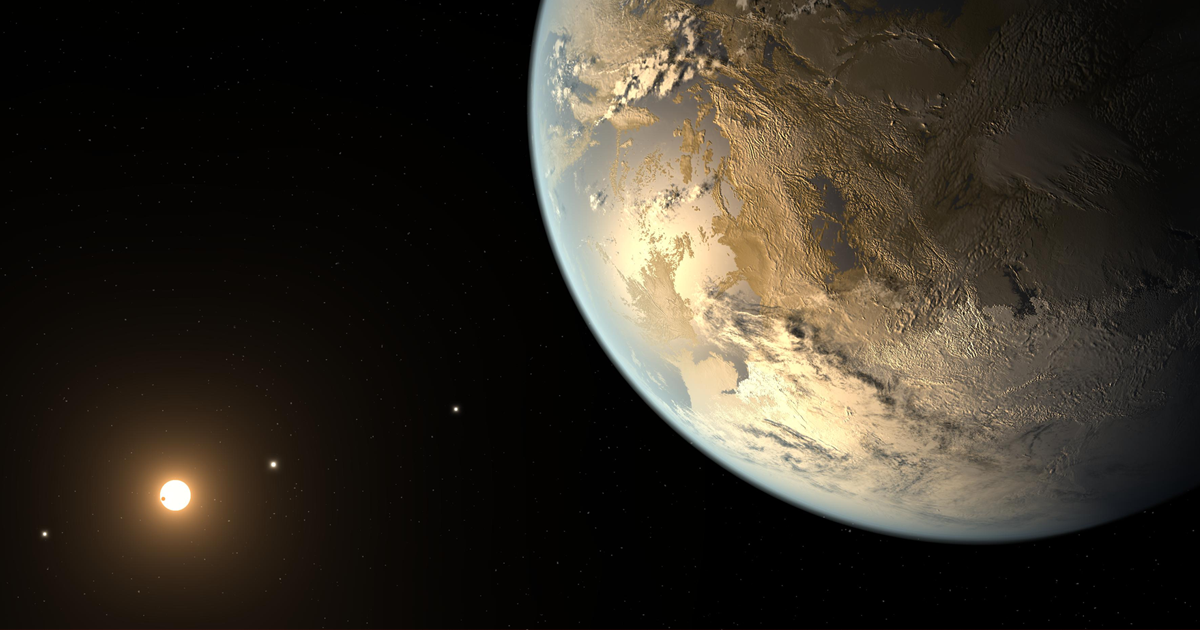 Update: After we ran this story, we tracked down one of the researchers behind the research for an interview. His take? It's definitely not aliens.

A team of Chinese and US scientists have put their reputation on the line with an extraordinary claim: that, with numerous caveats, a newly identified narrowband signal could be a sign of intelligent extraterrestrial life.

The unusual signal — picked up by the Five-hundred-meter Aperture Spherical Telescope (FAST) in southwest China, the world's largest radio telescope — seems to have the team legitimately wondering whether it could be the first-ever sign of life beyond Earth.

Now the plot thickens, according to a yet-to-be-peer-reviewed paper about the finding, spotted by the South China Morning Post and sporting several authors from the University of California, Berkeley, in addition to the Chinese researchers.

According to the paper, the signal came from the direction of a potentially Earth-like exoplanet orbiting within the habitable zone of Kepler-438, a red dwarf some 473 light years from Earth.

The exoplanet Kepler-438b was celebrated as the "most Earth-like planet" ever discovered outside the solar system upon its discovery back in 2015, though its habitability has also been called into question by other researchers.

While it's certainly an eyebrow-raising conclusion, the team does conclude that the "most likely" cause of the signal is radio frequency interference (RFI) from another source.

The signal was detected during the telescope's first targeted alien-hunting mission, which took place between November 2020 and September 2021.

According to the paper, the signal is very unlikely to have been produced by natural processes in the cosmos, and therefore must be the source of a leaking or sent transmission.

But to be very clear, although the alien hypothesis is tantalizing, it's very possible that the source of the signal is a piece of human technology.

The paper also also revealed that the signal, which was observed for a 20 minute period, drifted in frequency, which could indicate that it was coming from an orbiting celestial body.

That could also rule out the possibility of nearby RFI from other sources near the FAST telescope — something that has led to other erroneous discoveries in the past.

For now, the team is remaining cautious in its claims.

"Although some of its characteristics are somewhat consistent with a true SETI signal, there is still a piece of evidence leading us to suspect that the Kepler-438 event is an instrumental RFI signal," the preprint reads.

In short, it's far too early to conclude we're looking at proof of an advanced extraterrestrial civilization attempting to get in touch with us.

"It might take a long time to prove it one way or the other, but, even if the signal turns out to be some noise, it will still provide meaningful lessons for our SETI research in the future," Zhang Tongjie from Beijing Normal University, SETI project lead at FAST, told the Chinese government-affiliated publication  Science and Technology Daily, as quoted by SCMP.

Futurism has reached out to the researchers for comment.

More on the discovery: Chinese Scientists Say They May Have Detected Signal From Extraterrestrial Intelligence, But Probably Not

Read This Next
Aquatic Aliens
Experts Puzzled by Harvard Scientist Looking for Alien Wreckage in Ocean
Sun Gazer
Researchers Want to Use the Sun As a Giant Telescope to Look for Aliens
Space Invaders
Study: There May Be as Many as Four Evil Civilizations in Our Galaxy
Phone Home
The Scariest Messages We Could Detect From Aliens, According to the Internet
Alien Fever
Head of NASA Suggests That UFOs Could Be Alien Technology
More on Off World
Centrifugal Motion
Yesterday on the byte
NASA Tests System to Fling Satellites Into Sky Using Huge Centrifuge
Universally Cool
Yesterday on the byte
Madman Builds "Entire Universe" in Minecraft
I'll Allow It
Wednesday on the byte
SpaceX Ground Control References "Mean Girls" During Astronaut Launch
READ MORE STORIES ABOUT / Off World
Keep up.
Subscribe to our daily newsletter to keep in touch with the subjects shaping our future.
+Social+Newsletter
TopicsAbout UsContact Us
Copyright ©, Camden Media Inc All Rights Reserved. See our User Agreement, Privacy Policy and Data Use Policy. The material on this site may not be reproduced, distributed, transmitted, cached or otherwise used, except with prior written permission of Futurism. Articles may contain affiliate links which enable us to share in the revenue of any purchases made.
Fonts by Typekit and Monotype.