France's far-right Marine Le Pen is one of the first to face legal action. 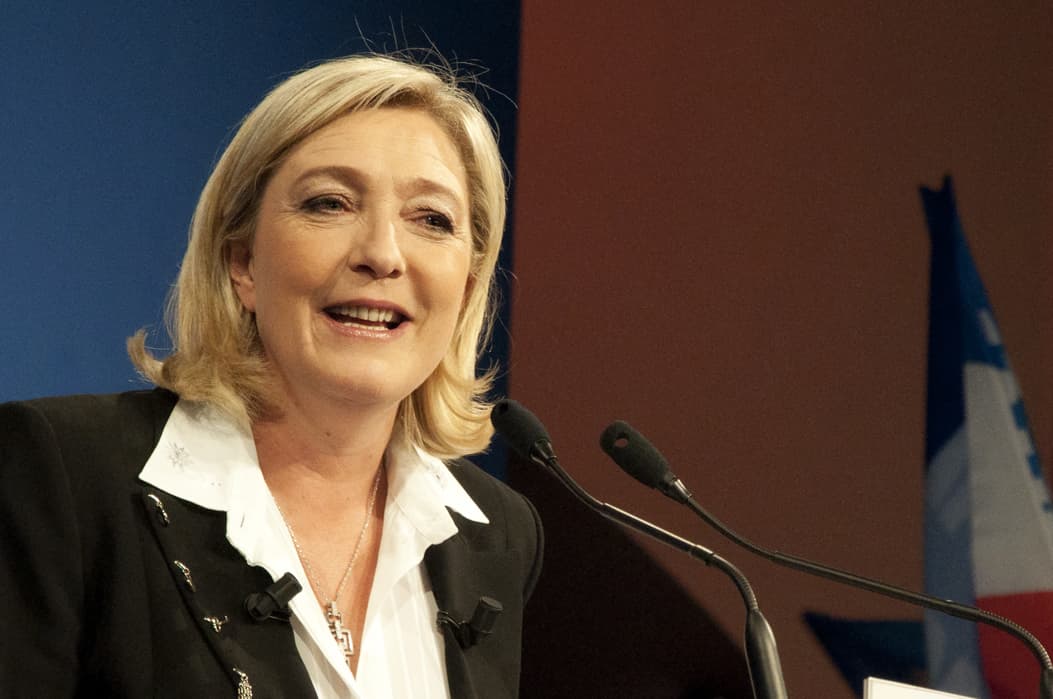 It turns out, it really does matter what you post on social media. Since she was stripped of parliamentary immunity in November by the National Assembly, Marine Le Pen, leader of France's far-right, is facing charges for sharing extremists posts on Twitter.

As reported by AFP news agency, The party leader was charged with distributing “violent messages that incite terrorism or pornography or seriously harm human dignity” and can be seen by a minor. The tweets were posted in 2015, but without immunity, she is able to be prosecuted.

This is not the first case of consequences for sharing social media content. Yonatan Tesfaye, a former spokesperson for Ethiopia's opposition party, was sentenced to more than six years of jail time last May for encouraging terrorist acts on Facebook.

In the U.K., there is a proposed tax penalty for leaving up violent images or extremist content, forcing companies to take action or pay the price. Additionally, in Russian, sharing certain depictions of Putin is now considered "extremism." New regulations have already led to arrests.

Le Pen admitted no guilt to AFP, saying “I am being charged for having condemned the horrors of Daesh. In other countries, this would have earned me a medal.”

Legal taken in response to behavior on social media is a relatively new phenomenon. It is unclear whether those who like or retweet these shared images will also face penalties — though it seems unlikely.

Additionally, these charges raise the question of whether U.S. politicians could be convicted of similar crimes. President Trump drew harsh criticism from the U.K. after sharing extremists posts containing violent imagery, but it seems highly improbable that any legal action will be taken.

Le Pen potentially faces up to three years in jail as well as a fine of €75,000 (about $92,000). This could set a new precedent in the West for responding to such social media behavior and, in the future, could theoretically spark further convictions.

Read This Next
I Silence Thee
Leaked Messages Seem to Show Elon Musk Using Twitter to Punish His Enemies
Heating Up
Employees at TikTok Apparently Have a Secret Button That Can Make Anything Go Viral
Hardcore Mode
Even Twitter's Intern Just Resigned in Disappointment
Confrontation is Hard
Former Facebook Exec Says Zuckerberg Has Surrounded Himself With Sycophants
Uh Oh
Research Confirms TikTok Is a Cesspool of Misinformation
More on Future Society
Bird Crap
Feb 4 on the byte
It Looks Like Elon Musk Is Actually Building a Twitter Payment Platform
Balloon News
Feb 3 on futurism
China Says "Spy Balloon" Soaring Over America Is Completely Innocent
Down in Flames
Feb 1 on the byte
Elon Musk Apparently Thinks Twitter Is a "Flaming Dumpster Rolling Down the Street"
READ MORE STORIES ABOUT / Future Society
Keep up.
Subscribe to our daily newsletter to keep in touch with the subjects shaping our future.
+Social+Newsletter
TopicsAbout UsContact Us
Copyright ©, Camden Media Inc All Rights Reserved. See our User Agreement, Privacy Policy and Data Use Policy. The material on this site may not be reproduced, distributed, transmitted, cached or otherwise used, except with prior written permission of Futurism. Articles may contain affiliate links which enable us to share in the revenue of any purchases made.
Fonts by Typekit and Monotype.