The NYPD knew their suspect resembled Harrelson, so they uploaded the actor's photo to identify him. 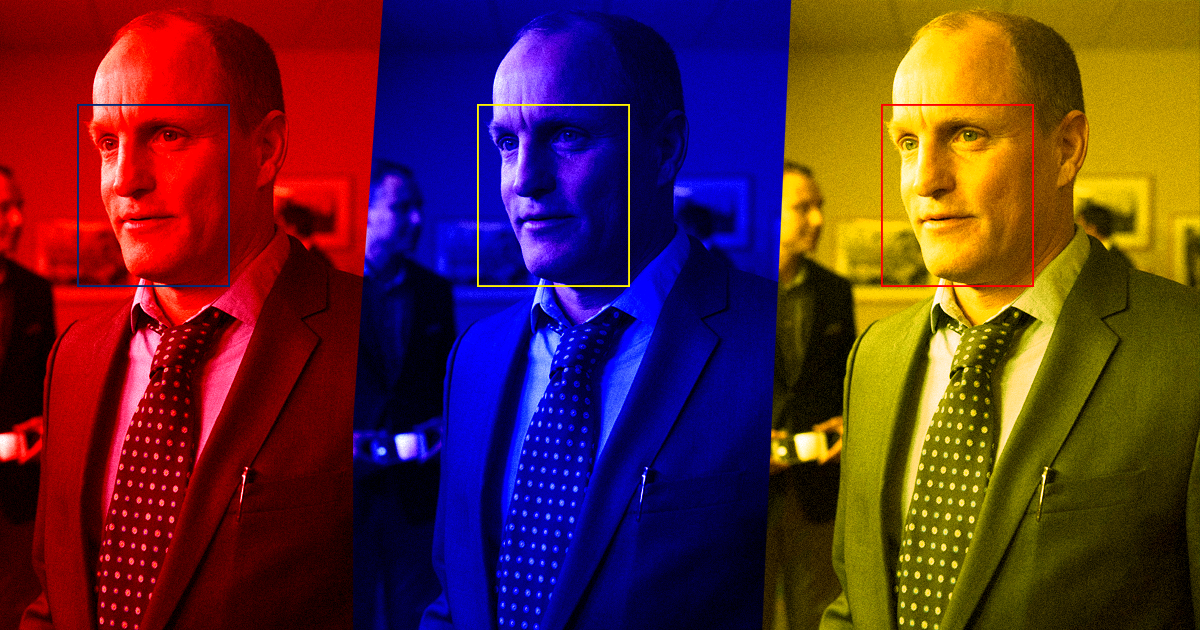 We already knew police were running photos of unconscious suspects and dead bodies through their facial recognition systems.

Now, we can add another strange type of input to that list: images of acclaimed actor Woody Harrelson.

According to a newly released report, New York Police Department detectives noticed that a suspected shoplifter resembled Harrelson, so when the grainy surveillance camera footage didn't result in any useful matches in their facial recognition system, they decided to try a high-quality photo of the actor.

Among the matches Harrelson's photo returned, the detectives saw a man they believed was the person on camera, and they later arrested him for petty larceny — adding to the mounting evidence that police are using facial recognition technology seemingly however they see fit.

Harrelson isn't the only celebrity whose photo police have run through facial recognition systems to track down suspects, either.

According to the report, which was written by researchers from Georgetown Law’s Center on Privacy and Technology (CPT), police used a photo of a New York Knicks basketball player to track down a similar-looking man wanted for assault in Brooklyn.

This use of celebrity photos is cause for concern, according to the researchers, because it goes against the foundational nature of facial recognition systems.

"Face recognition is generally considered to be a biometric, albeit an imperfect one," they wrote in the report. "Police cannot substitute one person’s biometrics for another’s, regardless of whatever passing resemblance they may have."

Celebrity photos are just one of the many questionable facial recognition inputs police are using during the course of investigations. And that's likely due to the fact that there's nothing stopping them from using the tech however they see fit.

Given the serious consequences that can result from false matches, the researchers call for a moratorium on any use of facial recognition technology by law enforcement until the government puts rules in place to regulate the tech's use.

"As the technology behind these face recognition systems continues to improve, it is natural to assume that the investigative leads become more accurate," the researchers write. "Yet without rules governing what can — and cannot — be submitted as a probe photo, this is far from a guarantee. Garbage in will still lead to garbage out."

Read This Next
Stalker Aid
Experts Horrified by Facial Recognition Site That Digs Up "Potentially Explicit" Photos of Children
Not Cool
Google Contractors Tricked Homeless Black People Into Face Scans
Survey Says
Most Americans Trust Cops With Facial Recognition Tech
Fear Factor
Amazon Claims Rekognition Can Now Detect Fear
Robo Cops
China Deploys Its First Robot Traffic Police
More on Artificial Intelligence
Ghost Eating a Ha...
Oct 2 on the byte
Google Creates AI That Turns Text Into 3D Objects
I Choose You!
Sep 27 on the byte
Awesome But Nightmarish AI Turns Any Person Into a Pokémon
AI Artistry
Sep 26 on the byte
AI Dreams Up What Your Fave Dead Celebs Would Look Like Today
READ MORE STORIES ABOUT / Artificial Intelligence
Keep up.
Subscribe to our daily newsletter to keep in touch with the subjects shaping our future.
+Social+Newsletter
TopicsAbout UsContact Us
Copyright ©, Camden Media Inc All Rights Reserved. See our User Agreement, Privacy Policy and Data Use Policy. The material on this site may not be reproduced, distributed, transmitted, cached or otherwise used, except with prior written permission of Futurism. Articles may contain affiliate links which enable us to share in the revenue of any purchases made.
Fonts by Typekit and Monotype.