Questions still remain as to whether they can support life. 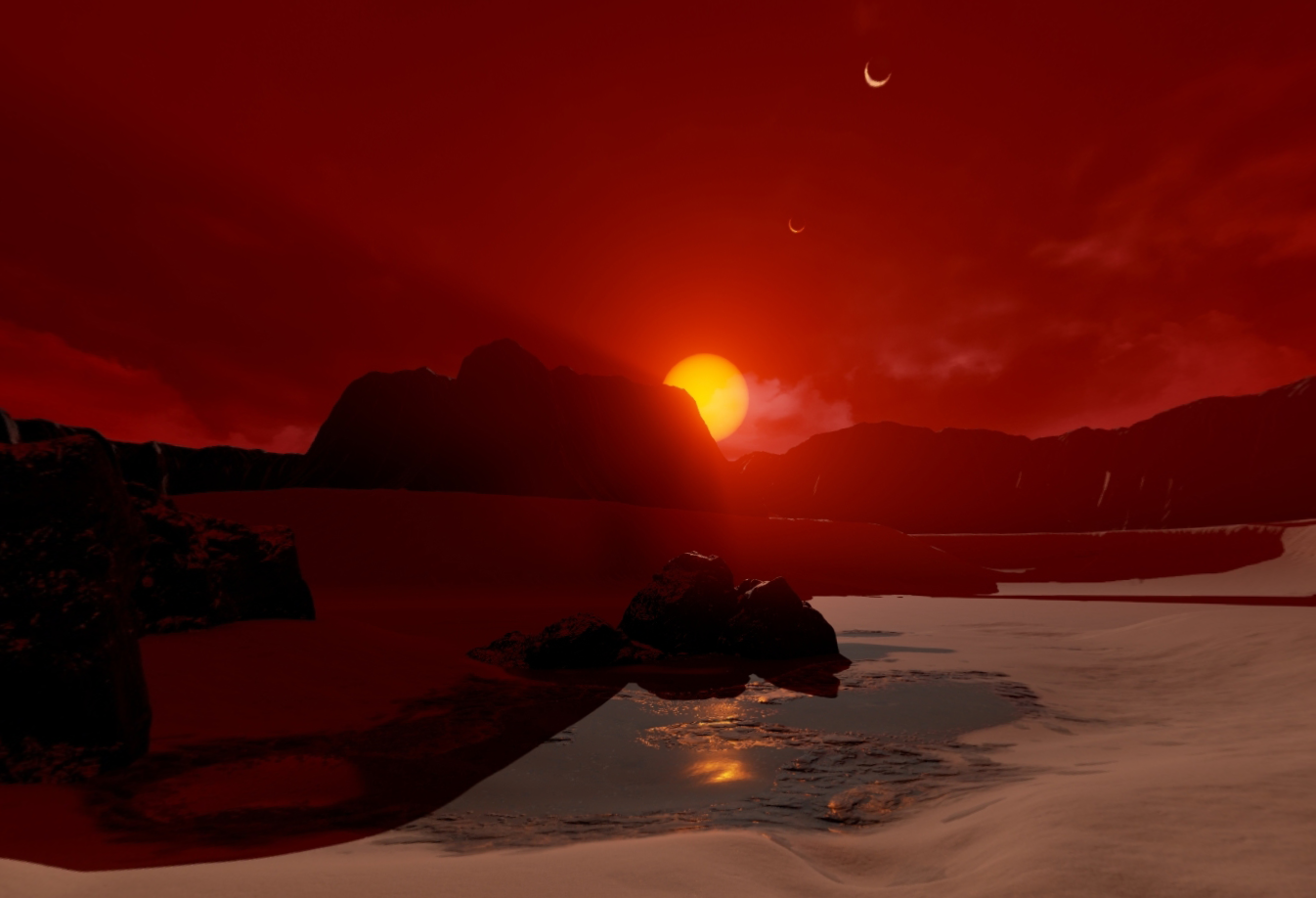 The TRAPPIST-1 system has fascinated astronomers and the general public alike since it was revealed by NASA's Spitzer Space Telescope in February 2017. Now, a series of four studies from the University of Birmingham, published in in Nature Astronomy and Astronomy and Astrophysics has offered up new insight into conditions on the planets.

The first study sought to refine our understanding of how the star at the center of the system behaves, while the second pursued more precise measurements of each planet's radius. The third looked at the planets' masses, and the fourth observed their atmospheres.

The research seems to suggest that the seven planets that comprise the TRAPPIST-1 system are similar to the rocky worlds on our solar system, in various ways. For instance, five of the planets don't possess an atmosphere consisting of hydrogen and helium, like that of Neptune or Uranus.

The study indicates that all seven planets are mostly made of rock. In addition, up to five percent of their mass is said to be in water – which is a very significant amount, given that just 0.02 percent of the Earth's mass is tied up in its oceans.

To answer the question of what form the water on TRAPPIST-1 planets takes, we need to know more about the system's star. It all depends on how much heat they receive from it.

Each planet is considered temperate, which means that under the right geological and atmospheric conditions, they could potentially support liquid water. Research like these four new studies will hopefully allow us to determine whether or not the planets are habitable.

The density of a planet doesn't have any direct impact on whether or not it's habitable. However, it does contribute to a broader comprehension of the planet's make-up that serves as crucial foundational knowledge for questions of that kind.

When planets in the TRAPPIST-1 system are referred to as Earth-like, the comparison is made in broad terms – even though they're rocky as opposed to gaseous, and relatively temperate, they're still a far cry from our own planet.

Still, the fact that they're somewhat similar gives us a foundation for further research. These planets are incredibly far away, which can make it very difficult to study them. At present, the Hubble Space Telescope is integral to this kind of work, but the James Webb Telescope will provide even greater capacity for observation when it's ready to be employed.

One reason that scientists have to believe that the TRAPPIST-1 system may play host to life is the concept of "panspermia". This refers to the process of planets trading material like rocks and dirt due to huge impacts on their respective surfaces. This can foster a trade in complex organic molecules that might lead to living organisms. It's been theorized that life on Earth may have actually travelled here from Mars.

Based on the masses of the planets in the TRAPPIST-1 system, and their relatively short distance from one another, it's thought that panspermia might be as much as 10,000 times more likely to take place there than in our solar system.

While some studies have suggested that the likelihood of life being found on a TRAPPIST-1 planet is quite good, there are significant obstacles that might prevent these worlds from being habitable. The planets that are within the system's habitable zone are still subject to a constant bombardment of radiation that could effectively destroy their atmospheres and prevent life from thriving.

It's difficult to make a definitive statement either way on this kind of scenario based on what we currently know. That's why it's so important that we continue to research all aspects of the TRAPPIST-1 system in order to expand our understanding.

Read This Next
Lonely Planet
Scientists Find Nearby Planet the Same Size of Earth, Plan to Search It for Life
Accuracy Wall
Harvard and MIT Scientists Warn That James Webb Data May Not Be What It Seems
Outing Life
Swiss Government Scientist Says We May Be on the Brink of Discovering Alien Life
Sun Gazer
Researchers Want to Use the Sun As a Giant Telescope to Look for Aliens
Space Invaders
Study: There May Be as Many as Four Evil Civilizations in Our Galaxy
More on Off World
Killernova
Yesterday on the byte
Scientists Find "One in Ten Billion" Star System Primed to Explode in Titanic Kilonova
Take Cover
Feb 4 on the byte
Space Startup Blows Up Another Giant Inflatable Space Station Module
Rock Blast
Feb 4 on the byte
Scientists Say There's an Upside to Those Rocks That Keep Bludgeoning the James Webb
READ MORE STORIES ABOUT / Off World
Keep up.
Subscribe to our daily newsletter to keep in touch with the subjects shaping our future.
+Social+Newsletter
TopicsAbout UsContact Us
Copyright ©, Camden Media Inc All Rights Reserved. See our User Agreement, Privacy Policy and Data Use Policy. The material on this site may not be reproduced, distributed, transmitted, cached or otherwise used, except with prior written permission of Futurism. Articles may contain affiliate links which enable us to share in the revenue of any purchases made.
Fonts by Typekit and Monotype.