Using Physics, We Just Made the Ax Far More Effective 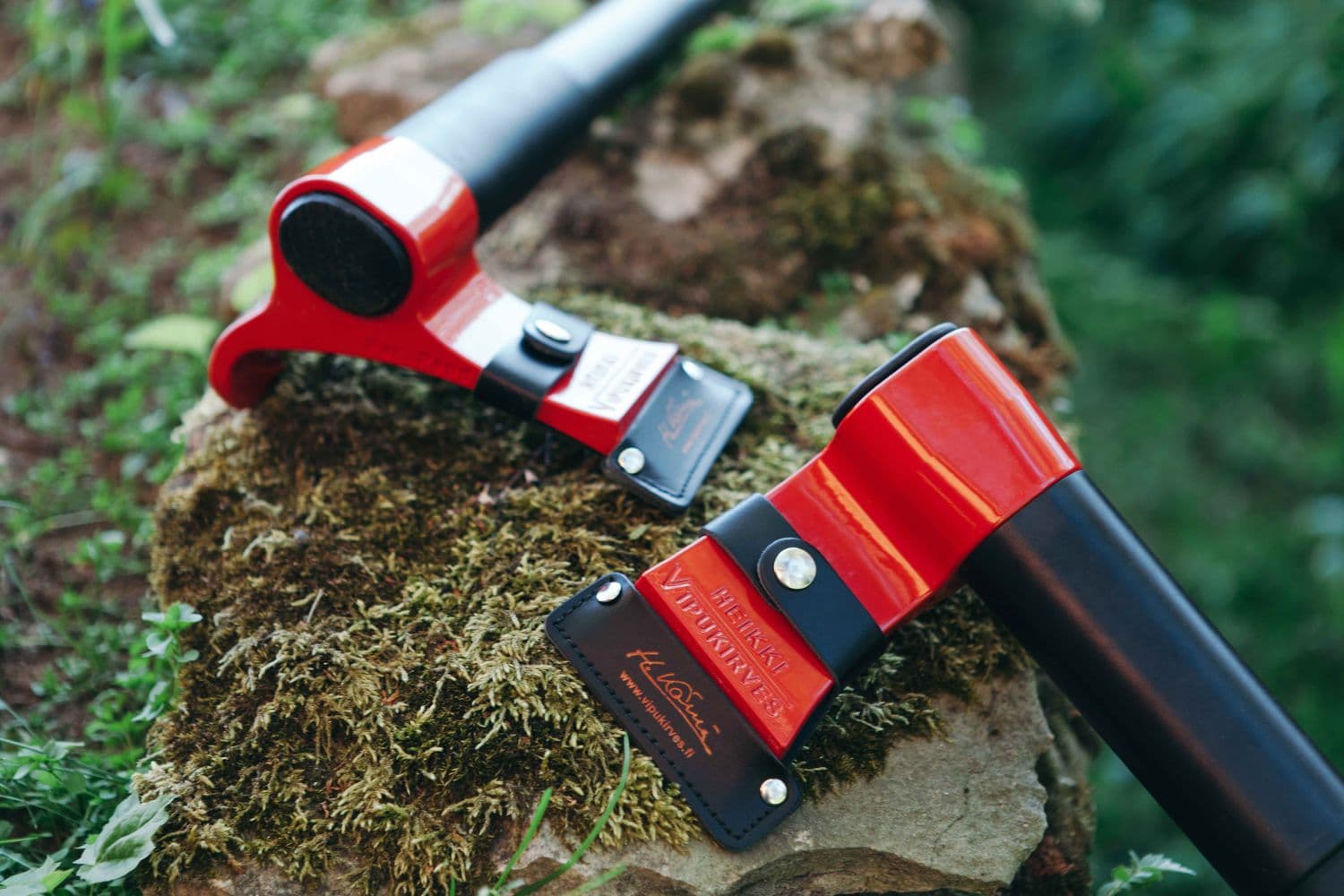 A video of a revised version of the ax has been making the rounds on the internet. The LeverAxe is a decided improvement on the tool that has served humanity (relatively unchanged) for 8,000 years. This new device uses physics to make the ax safer, more efficient, and that much cooler.

Everybody knows what a traditional ax looks like. It's basically a wedge on a handle. The wedge is symmetric, with the weight evenly distributed (or centered) over the blade. As the blade strikes the wood, the ax's force is transmitted to the wood across the wedge shape. And, if you swing hard enough, the wood will split. It's pretty straightforward.

The LeverAxe uses principles of the lever to split wood more efficiently. The ax's weight is set off-center, so as the ax strikes the wood, it penetrates the wood a little and expels the rest of the gravitational energy by rotating and splitting the wood in the same way you would with a lever. This design requires less force than a traditional ax to split wood.

Those who have split wood using a traditional ax know that it's not an easy task. It's a tiring job that we only do because the reward is greater than the work. The LeverAxe requires less brute force as it transfers most of the energy it uses to the wood, unlike a traditional ax that will transfer a lot of energy back to the wood-chopper.

This ax update gets even better. Because it splits wood using a lever instead of a brute-force wedge, the tool never gets stuck in the wood. That means the days of wedging your ax in a knot are over.

Heikki Kärnä, the man who invented the LeverAxe, describes it in action: "When using a chopping block with a tire setup, you can achieve a burst of strikes at a frequency of 100 strikes a minute. Thus, as an example, using 10 strikes to chop a log would take 6 seconds."

Currently, a LeverAxe costs more than $200, so they aren't cheap, but if you chop a lot of wood, it might be worth the investment.

Read This Next
Futurism
Cute, Brainless, Self-Propelled Robots Could Someday Move Around Inside Animals
Futurism
Could We Levitate Humans With the World’s Most Powerful Acoustic Tractor Beam?
Futurism
Cooling Electrons Close to Absolute Zero Gives Us New Perspective on Quantum Mechanics
Futurism
Meet the Optical Switch That is Just a Single Atom Thick
More on Robots & Machines
Blow Up Doll
Monday on the byte
Ukraine Accuses Russia of Using Inflatable "Dummy Tanks," Which Deflated
From the Dept. of...
Monday on futurism
The Best UPS Battery Backups of 2023
FROM THE DEPT. OF...
Jan 29 on futurism
The Best Netgear Routers of 2023
READ MORE STORIES ABOUT / Robots & Machines
Keep up.
Subscribe to our daily newsletter to keep in touch with the subjects shaping our future.
+Social+Newsletter
TopicsAbout UsContact Us
Copyright ©, Camden Media Inc All Rights Reserved. See our User Agreement, Privacy Policy and Data Use Policy. The material on this site may not be reproduced, distributed, transmitted, cached or otherwise used, except with prior written permission of Futurism. Articles may contain affiliate links which enable us to share in the revenue of any purchases made.
Fonts by Typekit and Monotype.