Physicists Find New Way To Slow The Speed Of Light 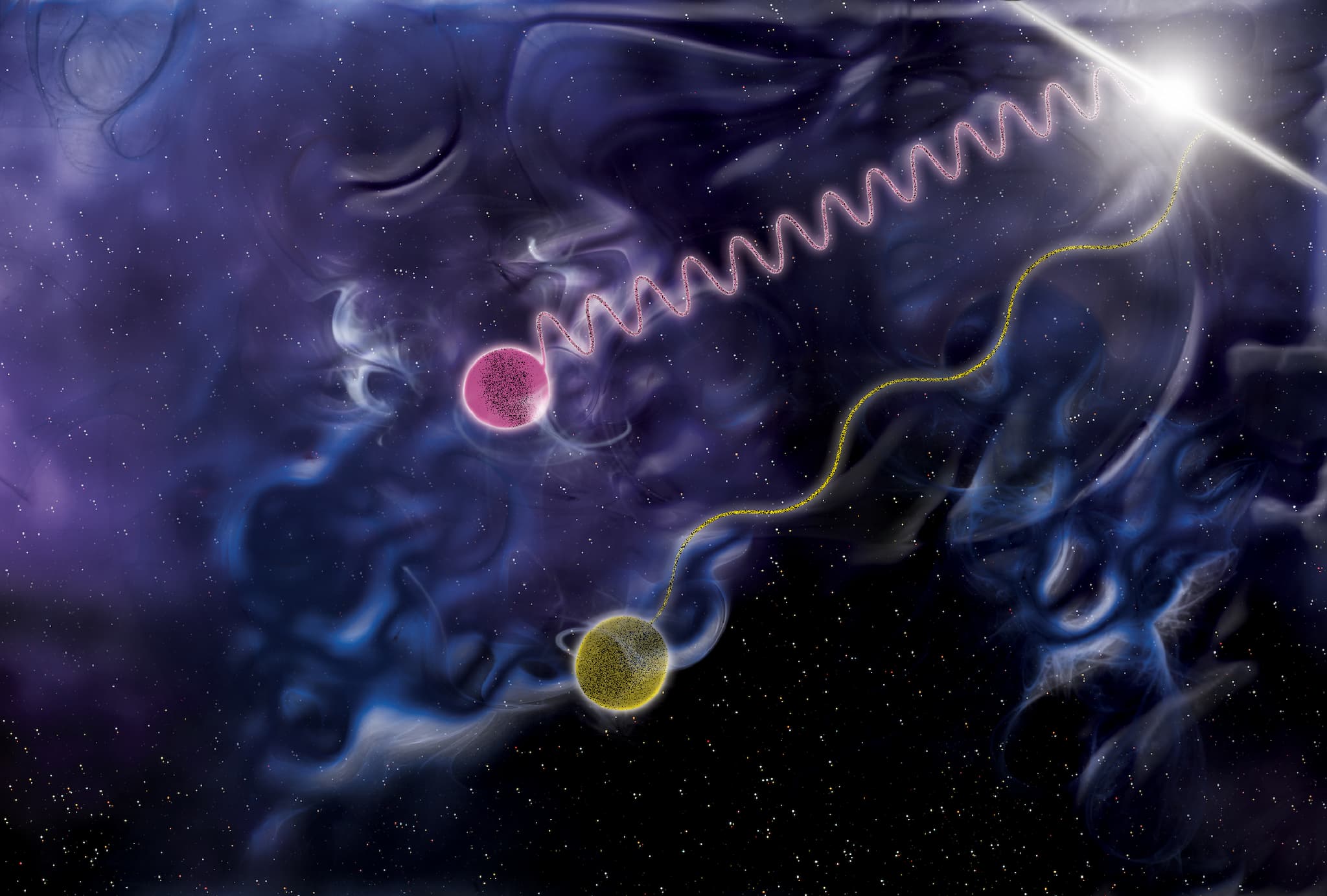 In a new paper published in Science Express today (Friday 23 January), researchers from the University of Glasgow and Heriot-Watt University describe how they have managed to slow photons in free space for the first time. They have demonstrated that applying a mask to an optical beam to give photons a spatial structure can reduce their speed.

Their experiment was configured like a race, with two photons released simultaneously across identical distances towards a defined finish line.

The team compare a beam of light, containing many photons, to a team of cyclists who share the work by taking it in turns to cycle at the front. Although the group travels along the road as a unit, the speed of individual cyclists can vary as they swap position.

The group formation can make it difficult to define a single velocity for all cyclists, and the same applies to light. A single pulse of light contains many photons, and scientists know that light pulses are characterised by a number of different velocities.

The researchers found that one photon reached the finish line as predicted, but the structured photon which had been reshaped by the mask arrived later, meaning it was travelling more slowly in free space. Over a distance of one metre, the team measured a slowing of up to 20 wavelengths, many times greater than the measurement precision.

The work demonstrates that, after passing the light beam through a mask, photons move more slowly through space. Crucially, this is very different to the slowing effect of passing light through a medium such as glass or water, where the light is only slowed during the time it is passing through the material – it returns to the speed of light after it comes out the other side. The effect of passing the light through the mask is to limit the top speed at which the photons can travel.

The work was carried out by a team from the University of Glasgow's Optics Group, led by Professor Miles Padgett, working with theoretical physicists led by Stephen Barnett, and in partnership with Daniele Faccio from Heriot-Watt University.

Daniel Giovannini, one of the lead authors of the paper, said: "The delay we've introduced to the structured beam is small, measured at several micrometres over a propagation distance of one metre, but it is significant. We've measured similar effects in two different types of beams known as Bessel beams and Gaussian beams."

Co-lead author Jacquiline Romero said: "We've achieved this slowing effect with some subtle but widely-known optical principles. This finding shows unambiguously that the propagation of light can be slowed below the commonly accepted figure of 299,792,458 metres per second, even when travelling in air or vacuum.

"Although we measure the effect for a single photon, it applies to bright light beams too. The effect is biggest when the lenses used to create the beam are large and when the distance over which the light is focused is small, meaning the effect only applies at short range."

Professor Padgett added: "It might seem surprising that light can be made to travel more slowly like this, but the effect has a solid theoretical foundation and we're confident that our observations are correct.

"The results give us a new way to think about the properties of light and we're keen to continue exploring the potential of this discovery in future applications. We expect that the effect will be applicable to any wave theory, so a similar slowing could well be created in sound waves, for example."

The team's paper, titled 'Spatially Structured Photons that Travel in Free Space Slower than the Speed of Light', is published in Science Express, which provides electronic publication of selected papers in advance of print in the journal Science.

Provided by University of Glasgow