It's innovative, entertaining, educational, and most of all, addictive. 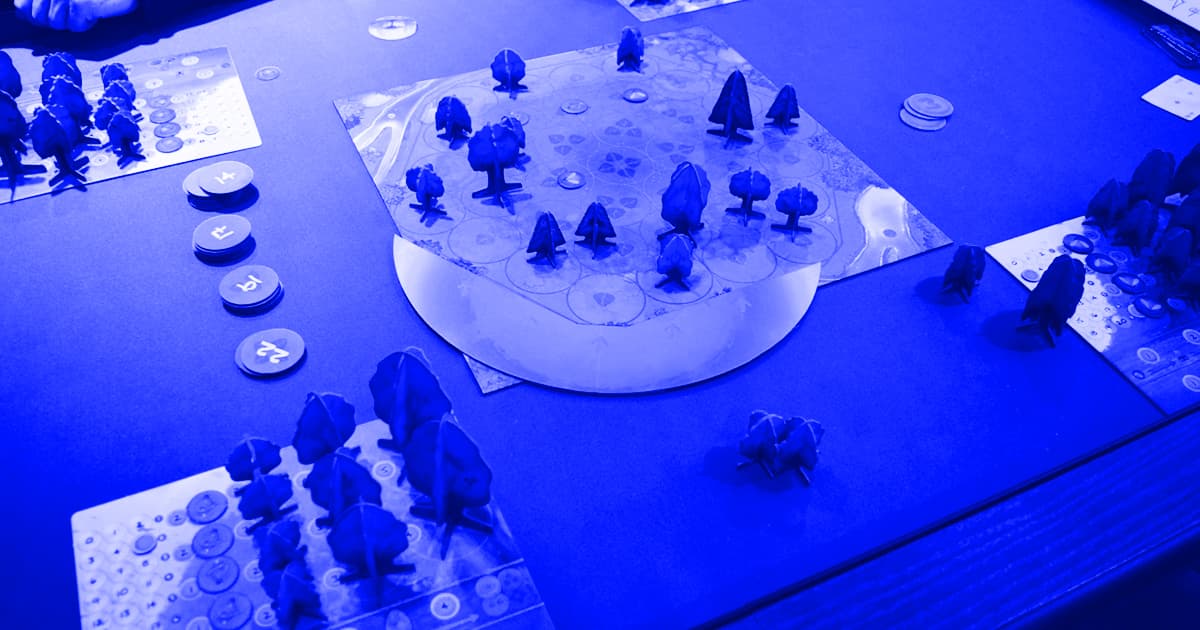 If you’re looking for a new and green strategy game for your collection, the people at Blue Orange Games have just the thing. It’s called Photosynthesis, and it puts two-to-four players in control of their own living forests, planting trees and guiding them through their life-cycles from tiny seeds all the way through full bloom and the cyclical process known as rebirth.

Described as “the evergreen strategy game,” Photosynthesis awards points to players when leaves from their trees collect energy from the rays of the sun (the process from which the game gets its name). Players choose where to plant their trees and where they’ll grow, absorbing the optimum amounts of sunlight and strategizing when and where the trees will be separated from light in shadow. The game also boasts several different tree sizes and species options, so the gameplay can get almost as complex as managing a real-world ecosystem.

With gameplay that prioritizes realism and visually appealing graphics, Photosynthesis is fun, aesthetically pleasing, and even a little educational. So if you have any science-interested kids in the family, the game might be a good addition to your game shelf. It’s recommended for players aged 8 and up.

You can get a copy of Photosynthesis now for $29.99, including everything you need to get started making trees and converting sunlight into nutrients:

It's also worth noting that this is an award-winning strategy game has received The Dice Tower’s Seal of Excellence. It also has an engaged and constantly expanding fan base, as demonstrated by its many satisfied customer testimonials. Amazon game reviewer B. Kulczycki summed up their experience with the game like this:

“Photosynthesis is a beautiful game that will catch your eye... It’s unique theme fit the game perfectly, and helped make the rules explanation fairly easy. The mechanics are simple enough that you can pick up on things by three or four turns and not have any questions. The game benefits from well thought out aggressive play, luck is not a factor. You’ll make some great moves, you’ll likely get screwed over a couple times. And, you’ll have a cool forest to look at when the game ends.”

So head over to Amazon and get your copy of Photosynthesis today.

Read This Next
Hidden City
NYC's Greenery Eats Up All the CO2 From Its Cars, Trucks and Buses "And Then Some"
Brands We Love
This Fully Automated Indoor Grow Box Is 'the Keurig of Plants'
Cloud Cover
Climate Change Is Eliminating Clouds. Without Them, Earth Burns
Trees Such as These
Research: Planting Trillions of Trees Could Cancel Out CO2 Emissions
Futurism
AI That Counts And Identifies Wildlife Could Be A Game-changer For Ecologists
More on Earth & Energy
Brave <3
Yesterday on the byte
Bill Pledges to Keep Flying Private Jet While Speaking Out Against Climate Change
Sowloon Walled City
Yesterday on the byte
China Growing Pigs in Huge High Rise Buildings
Crust Punk
Yesterday on the byte
Scientists Discover Molten Hell Zone Beneath Earth's Tectonic Plates
READ MORE STORIES ABOUT / Earth & Energy
Keep up.
Subscribe to our daily newsletter to keep in touch with the subjects shaping our future.
+Social+Newsletter
TopicsAbout UsContact Us
Copyright ©, Camden Media Inc All Rights Reserved. See our User Agreement, Privacy Policy and Data Use Policy. The material on this site may not be reproduced, distributed, transmitted, cached or otherwise used, except with prior written permission of Futurism. Articles may contain affiliate links which enable us to share in the revenue of any purchases made.
Fonts by Typekit and Monotype.