CES 2016 Exclusive Interview: Palmer Luckey on the Oculus' Price and the Future of VR 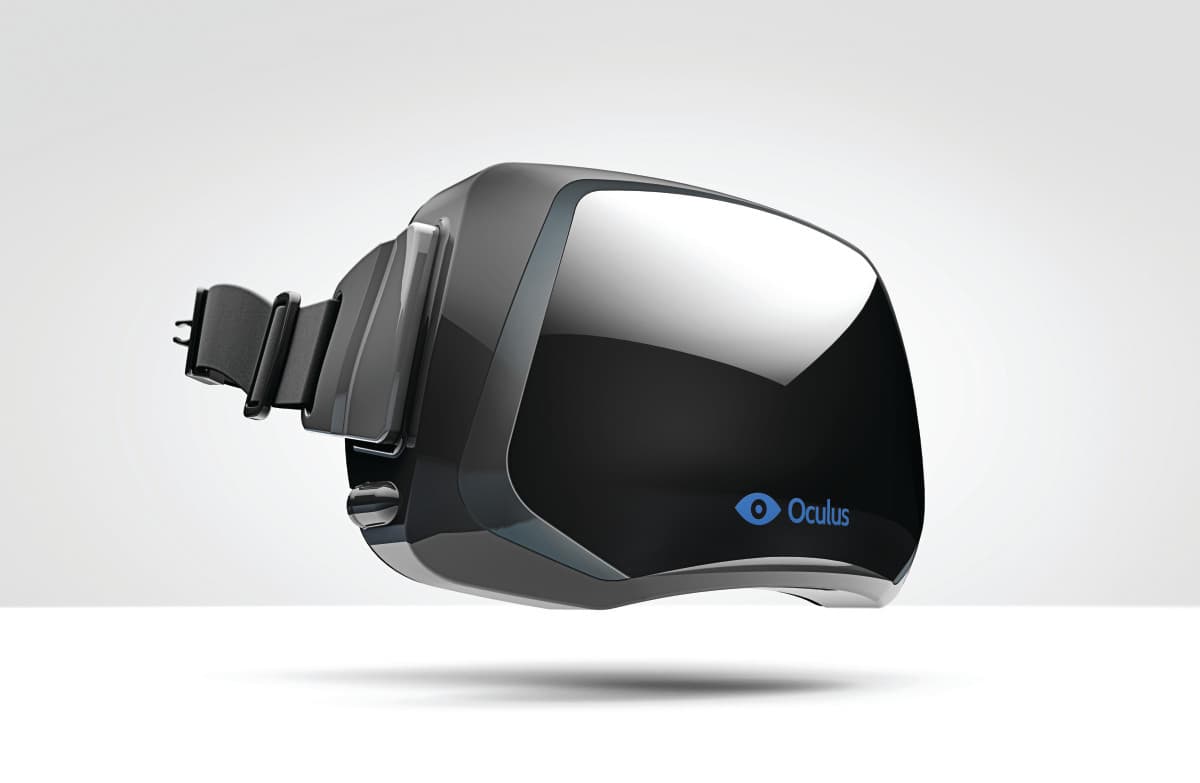 This year, we have Eric Matzner at the 2016 Consumer Electronics Show (CES). We've been doing live updates from the event, highlighting some of the biggest breakthroughs and announcements as they come out.

While wandering around the showroom floor, Matzner was fortunate enough to run into Palmer Luckey, the founder of the Oculus Rift. Palmer agreed to do a last minute interview...as he was running to catch his car on the other side of the showroom (what a good sport).

Earlier this week, we reported that the company finally opened preorders for the Rift. Unfortunately, it came with an unexpectedly high price tag of $599.

The price caused what can only be characterized as "an internet firestorm," with many claiming that "the future of virtual reality," apparently, was only available to the super wealthy. Saying that Reddit freaked out is putting it midly.

The response is somewhat understandable, as the Rift has been heralded as "virtual reality for the common man." It was supposed to be something that the everyday individual could enjoy, and Palmer previously promised that the device would cost about $300.

That, as it turns out, is far from the actually price of the device.

Here, Luckey opens up about the price of the Rift (and why the company decided to go with a higher-end device) and the future of VR.

Eric Matzner: Okay, so to begin, how has CES been?

Luckey: It has been a good CES so far. We’re selling tons and tons of rifts. We’re showing rift to tons and tons of people and having lots of fun with the people who are in the VR space—there are a lot more than there were a couple of years ago.

Matzner: Yeah, I met you here three years ago, and it has changed so much.

Luckey: Yeah, there was nobody.”

Matzner: So what was the most unexpected thing from the launch?

Matzner: So what does that mean, exactly?

Luckey:  The website was having issues, and there were issues with payments, but everything is fixed now, and the website is running fine [Editor’s note: Two of Futurism’s staff members were trying to buy the Oculus as soon as it went on sale, and the site was unable to accept payment. It caused much frustration and swearing in the office.]

Matzner:: Can you give us anything on how many you sold?

Luckey: I’m not going to disclose, and it’s not because I am an asshole. It’s because there are all kinds of financial disclosure, legal related reasons.

Matzner: Right. Well, we know that you made a decision here to choose quality over price…

Luckey: Correct. Things are different than they were a few years ago. There’s lots of people in the VR market. We were able to partner with Samsung to launch Gear VR, and we’re going to keep working with Samsung to launch other products in the future.  But I’d say a lot of people…it’s not that we decided to prioritize a different part of the market, because we are doing the same thing—which is trying to bring virtual reality to everybody, but you have to do that at a certain level of quality.

And when I started this company, I thought that you could get this level of quality for $300.

As we did more research (laughs), we found out what we were really in for.

Matzner: And what was that, exactly?

Matzner: So you were concerned about disappointing people with a cheaper, but lower quality, virtual reality experience?

And the thing is, people still would have needed an extremely high-end PC. For the average person, not like, gaming enthusiasts, it’s an all in investment for $1,500 going down to $1,300. It’s just not that big.

Matzner: So it's just not that big of a deal, in the end?

Luckey: It’s just not an appreciable drop. People who already have the high-end PC’s would rather have the best thing. And this is going to be around for a while. It’s not like, six months from now, we are going to be shipping something new.

We are committed to this product.

Luckey: For this entire generation.

I think something similar to this is what Elon Musk has done with Tesla. His goal has always been to bring electric cars to the masses; that’s always been the goal. But the first car they made wasn’t the best, cheap electric car they could have made several years ago.

We’re making something to convince people that virtual reality is actually the future, and I feel like we’re in a unique position to do that. Those guys that are at the lower end, they’re not going to  provide the VR experience for everyone to aspire to.

Give it a few years. The Oculus Rift is going to cost next to nothing and run on far more PCs.

Editor’s Note: And then Eric spent the next few minutes trying to help Palmer find his pickup location.

Read This Next
To Meta Predator
Experts Warn of Child Predators in Mark Zuckerberg’s Metaverse
Defcon Fun
Princeton Researchers Create Terrifying VR Simulation of Nuke Attack to Train US Officials
Brands We Love
Ready or Not, Inexpensive VR Sex Is Going Mainstream
Brands We Love
Realistic, Interactive VR Sex Is Finally Here, and It's Affordable
VR Gaming
Expert: VR Headsets Should Have Brain Interfaces
More on Virtuality
Meta Marked
Yesterday on the byte
The Metaverse Industry Is Already Going Belly-Up, for Reasons We Can't Imagine
Try Again
Jan 13 on the byte
Congress Rejects Funding the Military's Microsoft AR Goggles Because They Made Soldiers Sick
Headache Sets
Jan 6 on the byte
US Army Buying Microsoft AR After Soldiers Said They “Would Have Gotten Us Killed”
READ MORE STORIES ABOUT / Virtuality
Keep up.
Subscribe to our daily newsletter to keep in touch with the subjects shaping our future.
+Social+Newsletter
TopicsAbout UsContact Us
Copyright ©, Camden Media Inc All Rights Reserved. See our User Agreement, Privacy Policy and Data Use Policy. The material on this site may not be reproduced, distributed, transmitted, cached or otherwise used, except with prior written permission of Futurism. Articles may contain affiliate links which enable us to share in the revenue of any purchases made.
Fonts by Typekit and Monotype.