Olympic Hopeful Suspended for Marijuana, Which Is the Dumbest Thing We've Ever Heard 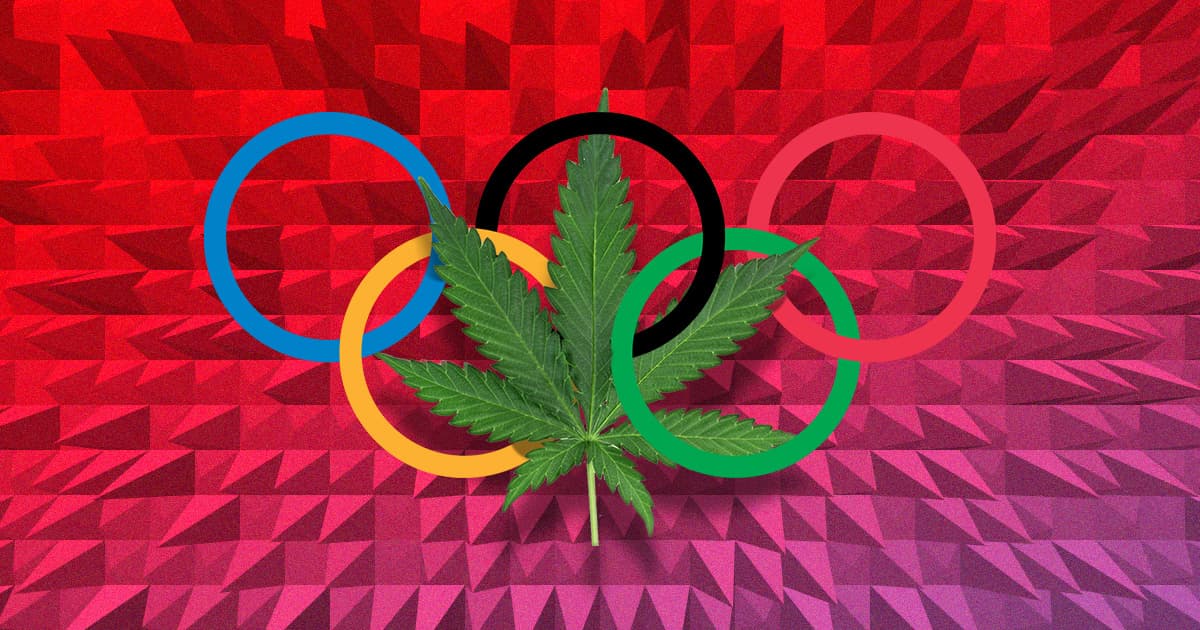 American sprinter Sha’Carri Richardson was set to break records at the Tokyo Olympics this month, but a positive marijuana test could force her to miss the event entirely.

Richardson won the women's 100-meter race at the US track and field Olympic trials in Oregon in June, putting her at the forefront of US hopefuls. At a blistering 10.86 seconds, that made her a favorite to go for gold in Tokyo, according to The New York Times — that is, if she makes the national team after the test results.

Let's be clear: detecting THC in her system is a preposterous reason to force her to sit out the biggest athletic event in the world, and sheds light on the archaic rules determining who can and cannot participate in the Olympics.

The US Anti-Doping Agency (USADA) announced the result on Friday morning, revealing Richardson had accepted a one month suspension, starting June 28. That means she may still have a shot of running in the 4x100 meter relay late this month, according to the Times.

The runner told NBC in an interview on Friday that she used marijuana as a coping mechanism after her biological mother passed away while she was attending the trials in Oregon.

"I greatly apologize if I let you guys down, and I did," she said during the interview.

"I am human," she wrote in a Thursday tweet.

"I just say, don’t judge me and I am human — I’m you, I just happen to run a little faster," she later explained during the NBC interview, referring to her tweet. "They don’t necessarily understand, and I wouldn’t even call them haters."

The decision to punish her for consuming a substance that has increasingly been accepted, decriminalized, and legalized around the world sent shockwaves around social media.

"Sha’Carri Richardson should not have to present her trauma to us to seek our forgiveness for anything," grassroots organizer and artist Bree Newsome tweeted. "She doesn’t have to be traumatized to justify consuming cannabis. This entire society is lost."

"The notion that weed is a problematic 'drug' is rooted in racism," Seth Rogen, Hollywood actor and founder of cannabis company Houseplant, wrote in a tweet. "It’s insane that Team USA would disqualify one of this country’s most talented athletes over thinking that’s rooted in hatred."

An official statement posted by USA Track and Field, the country's governing body, on Twitter didn't make mention of the possibility of a reversal.

"Sha'Carri Richardson's situation is incredibly unfortunate and devastating for everyone involved," the statement reads, promising to ensure the runner "has ample resources to overcome any mental health challenges now and in the future."

Marijuana remains listed as a prohibited substance by the World Anti-Doping Agency. "While we are heartbroken, the USOPC is steadfast in its commitment to clean competition and it supports the anti-doping code," a statement by the organization reads, as quoted by the Times.

The USADA maintains marijuana can enhance performance and poses a health risk to athletes. The evidence for that, however, is dubious at best.

Read This Next
Going Wireless
Hackers Took Over a Subdomain of Wired.com for Several Months and Replaced It With Sleazy Online Casino Content
Heating Up
Employees at TikTok Apparently Have a Secret Button That Can Make Anything Go Viral
Nothing's Real Anymore
JPMorgan Says Startup Tricked It Into an Acquisition by Cooking Up Millions of Fake Users
Enemy Mine
Elon Musk Now Denies That His Family's Emerald Mine Existed, In Spite of Previously Bragging About It
Sounding Off
Adult Performers React to Law Requiring Photo ID to Watch Online Porn
More on Future Society
Musk Rats
Yesterday on the byte
Twitter Is Quietly Re-Suspending the Lunatics Elon Musk Let Back On
Spreadsheet Guy
Tuesday on the byte
Sam Bankman-Fried Posts Excel Docs That He Says Shows Nothing Was His Fault
Nip Split
Jan 22 on the byte
Meta Board Trashes Facebook's "Convoluted and Poorly Defined" Female Nipple Rule
READ MORE STORIES ABOUT / Future Society
Keep up.
Subscribe to our daily newsletter to keep in touch with the subjects shaping our future.
+Social+Newsletter
TopicsAbout UsContact Us
Copyright ©, Camden Media Inc All Rights Reserved. See our User Agreement, Privacy Policy and Data Use Policy. The material on this site may not be reproduced, distributed, transmitted, cached or otherwise used, except with prior written permission of Futurism. Articles may contain affiliate links which enable us to share in the revenue of any purchases made.
Fonts by Typekit and Monotype.