New Research Explains Why the Aurora Has Sudden Bursts of Brightness 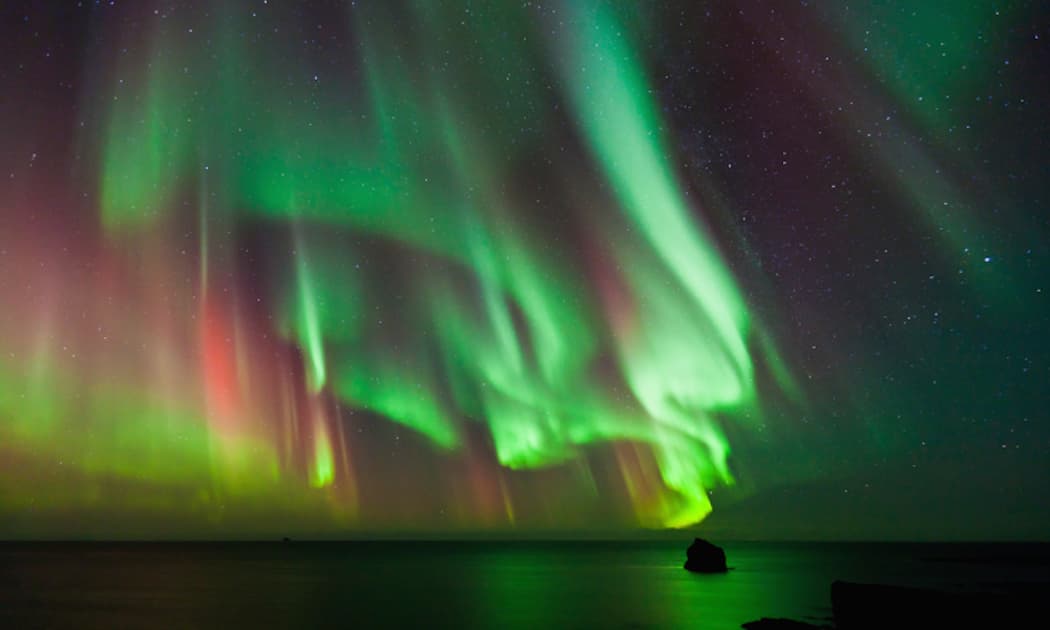 One of the world’s most beautiful natural phenomenon, the aurora, also happens to be a phenomenon that has continued to baffle scientists.

To begin, auroras are visible at Earth’s polar regions at night. They occur when plasma that is expelled from the Sun reaches our planet and interacts with our atmosphere. Ultimately, when the plasma is carried on solar winds and hits Earth's atmosphere, it causes changes in the energy states of electrons. Because of this interaction, the electrons in the atoms are forced to move to a higher-energy state. When the electrons drop back to a lower energy state, they release a photon (also known as light). And thus, we see the characteristic lights in our night sky.

You can learn more about the mechanisms behind the aurora in the Veritasium video below.

The problem is that auroras are typically dim; however, they are known to spontaneously burst with brightness, and we don't know why. New research from Kyoto University hopes to explain this mysterious brightness.

"Previous theories tried to explain individual mechanisms like the reconnection of the magnetic field lines and the diversion of electrical currents, but there were contradictions when trying to explain the phenomena in its entirety," Yusuke Ebihara, one of the authors of the study and a faculty member at the university, said in a press release. "What we needed all along was to look at the bigger picture."

According to the study published in Journal of Geophysical Research, the hot, charged particles hover a little bit above the Earth’s atmosphere in the planet’s polar regions. As our planet's magnetic field lines reach into space, the plasma then starts to rotate and generates an electrical current. When the electricity is discharged into the aurora, that’s when the bright lights begin to flash.

"This isn't like anything that us space physicists had in mind," says Ebihara.

The research not only manages to explain how the bursts begin, it could also possibly alleviate problems associated with auroral breakups that disrupt power grids and satellites.

Notably, the study is based on a computer simulation developed by Takashi Tanaka, and the current paper builds on earlier work by Ebihara and Tanaka about how the bursts emerge