New Interactive, Holographic AI Can Adapt To Your Personality 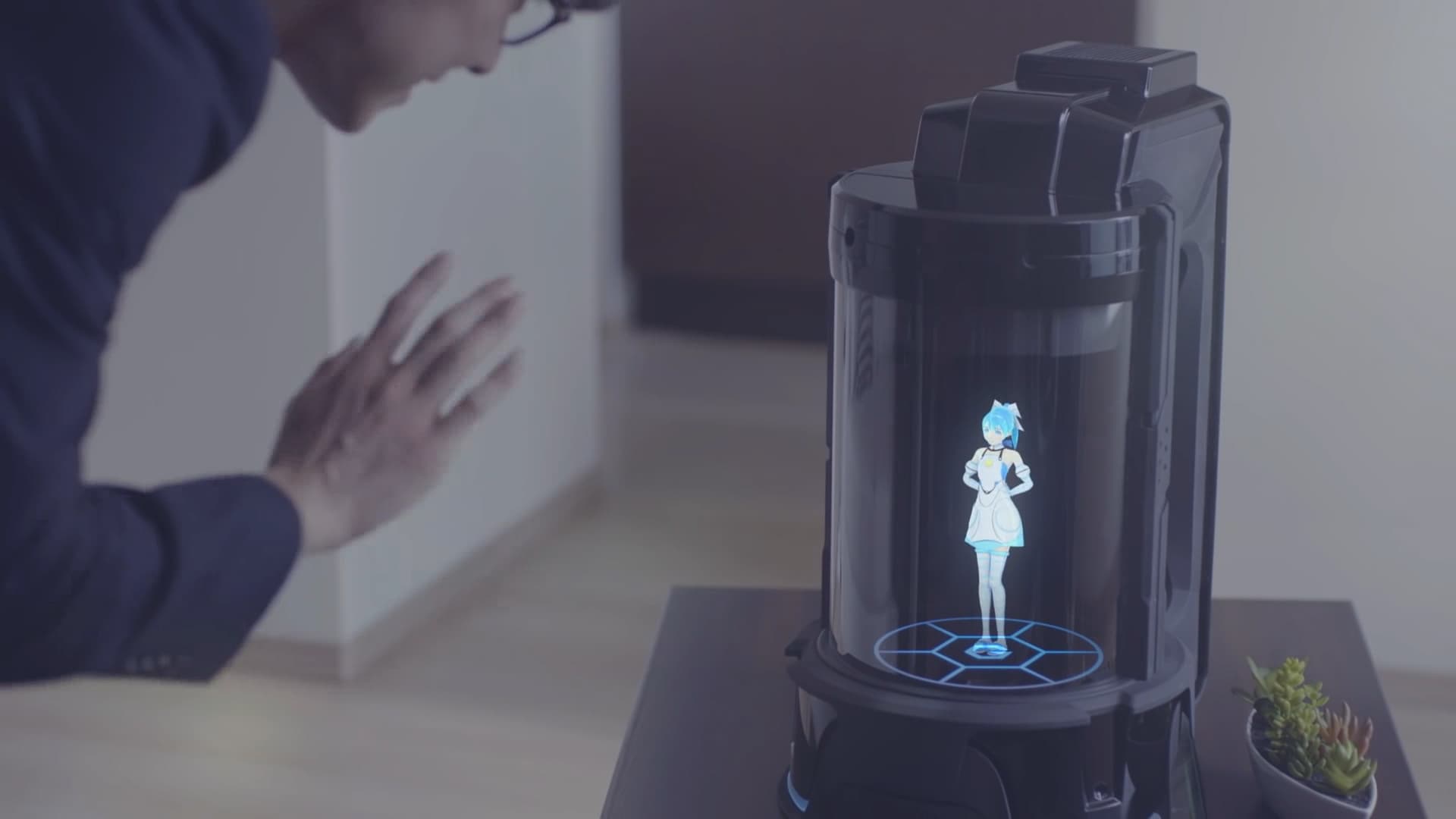 Siri, Cortana, and Alexa have nothing on Azuma Hikari, your new personal assistant that you can actually see. Hikari is the fully realized holographic, interactive, AI personality inside Gatebox.

Check out the promotional video to see what she is capable of.

What Gatebox Can Do

In the video, Hikari is saying things like, "Welcome home. You must have had a long day at work today." She's also willing to make suggestions. For example, when she wakes the man up in the morning, telling him how beautiful it is outside she says, "You're still sleepy? Why don't you go wash your face?"

When the man leaves, she giggles, "You can can home early again tonight if you want . . . I'm just kidding."

Gatebox comes from the Japanese company Vinclu and has features that could rival the Amazon Echo. The Gatebox is capable of:

The product was built with the idea that it could help break down the wall between the virtual world and reality.

One way it plans to do this is with its behavior-learning technology. Hikari (who was designed by Love Plus character designer Tarō Minoboshi) will take certain actions based on your habits and eventually her personality will even develop to mesh with yours.

If you can't see yourselves getting along, don't worry. Hikari, who is obviously anime inspired, is just the initial character set to be shipped with the product. Plans are in the works to provide alternative characters.

The company is currently focusing on improving Gatebox's communication accuracy with a crowdfunding campaign to launch in this fall. The price is expected to be around 100,000 yen (US$852) but it could change. Vinchu has already raised about 90 million yen (US$766,868) in capital and is actively recruiting more engineers.