Could a clever hack turn an environmental disaster into a new fuel source? 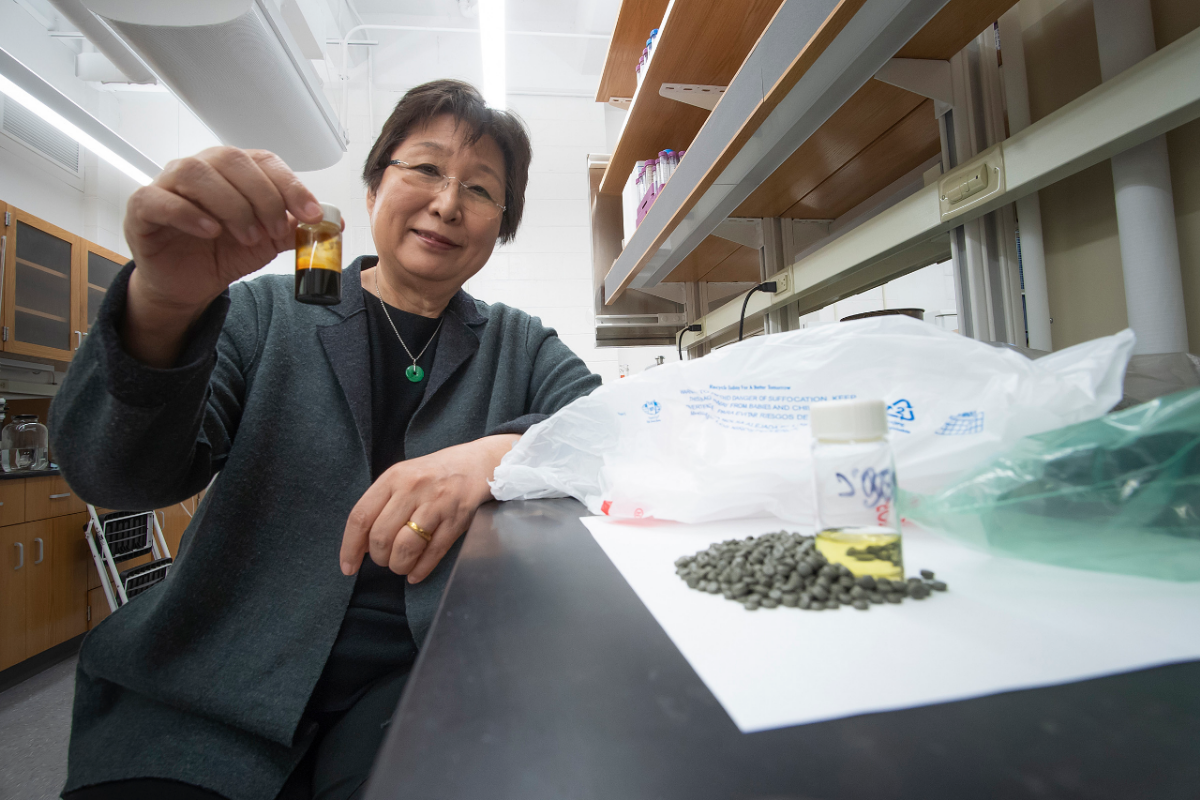 Waste plastic is choking the Earth's oceans and poisoning its wildlife.

That's why researchers at Purdue University are excited about a new chemical technique technique that turns waste plastic back into useful polymers — or even clean fuel.

The new technique works on polypropelene, according to a new paper published in the journal Sustainable Chemistry and Engineering, which is used to make everything from toys to snack food bags. The technique users super-heated water to convert the plastic into a gasoline-like fuel that could be used to fuel conventional vehicles.

"Our strategy is to create a driving force for recycling by converting polyolefin waste into a wide range of valuable products, including polymers, naphtha (a mixture of hydrocarbons), or clean fuels,” said Linda Wang, a researcher at Purdue University and leader of the research team behind the new technique, in a press release. "Our conversion technology has the potential to boost the profits of the recycling industry and shrink the world’s plastic waste stock."

Polypropelene accounts for about 23 percent of the five billions of tons of plastic waste that's been cast into landfills and the environment, according to the new research — meaning that if it could be turned into a valuable commodity, it'd create a huge incentive to recover and re-purpose it.

“Plastic waste disposal, whether recycled or thrown away, does not mean the end of the story,” Wang said. “These plastics degrade slowly and release toxic microplastics and chemicals into the land and the water. This is a catastrophe, because once these pollutants are in the oceans, they are impossible to retrieve completely.”

READ MORE: Researchers Developed a Technique to Turn Nearly a Quarter of Our Plastic Waste into Fuel [Motherboard]

Read This Next
Remember Donald?
Donald Trump Goes on Bizarre Rant Against Electric Cars
Dry Dock
The Top 13 Wildest Objects That Terrible Droughts Have Revealed
Harambe 2.0
Freya the Boat-Climbing Walrus Euthanized Because of Stupid Humans
Circle of Life
Hooray! The Great Pacific Garbage Patch Has Become a Thriving Ecosystem, Scientists Say
Bad Spill
Scientist Warns That a Huge Tanker Is Probably Going to Spill a Million Barrels of Oil Into the Ocean
More on Earth & Energy
Ancient DNA
Yesterday on futurism
Scientists Sequence DNA They Found From 2 Million Years Ago
Gross
Wednesday on the byte
Residents Alarmed When Entire River Turns White
Going Hydrogen
Dec 2 on the byte
Airbus to Strap Hydrogen Fuel Cell Engine to Massive Superjumbo Jet
READ MORE STORIES ABOUT / Earth & Energy
Keep up.
Subscribe to our daily newsletter to keep in touch with the subjects shaping our future.
+Social+Newsletter
TopicsAbout UsContact Us
Copyright ©, Camden Media Inc All Rights Reserved. See our User Agreement, Privacy Policy and Data Use Policy. The material on this site may not be reproduced, distributed, transmitted, cached or otherwise used, except with prior written permission of Futurism. Articles may contain affiliate links which enable us to share in the revenue of any purchases made.
Fonts by Typekit and Monotype.