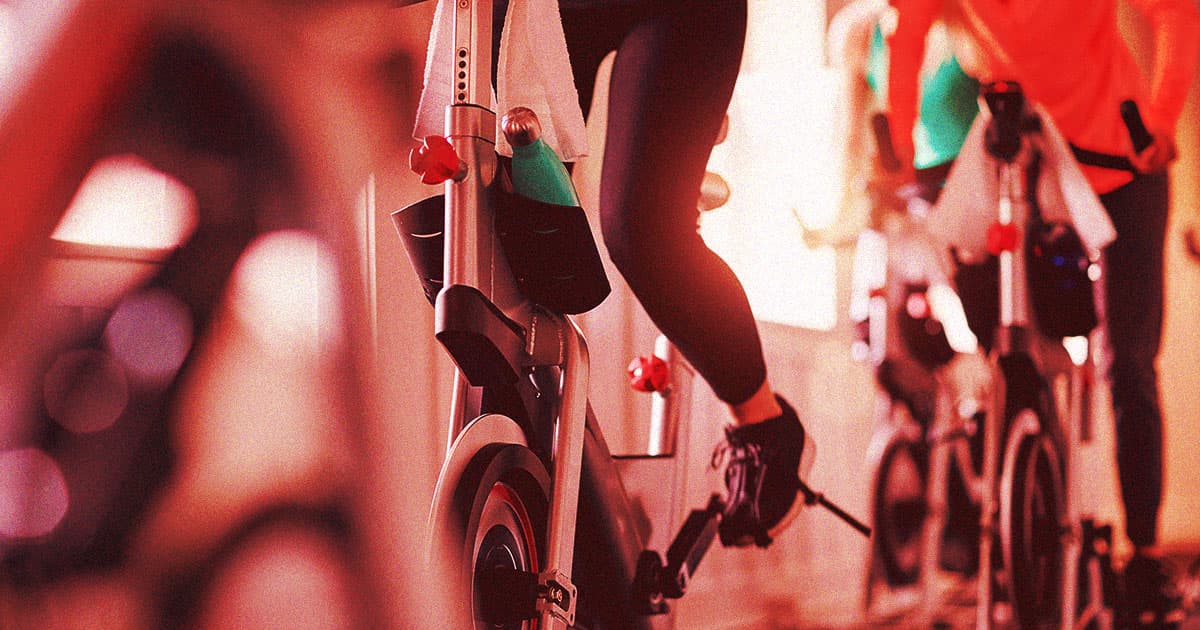 A lot of us are no strangers to sweat-inducing, heart-pounding workout classes like SoulCycle or CrossFit. While your muscles might be sore afterward, they rarely lead to any major injuries. However, this wasn’t the case with one unlucky woman who nearly lost her leg after a high-intensity spin class.

Kaelyn Franco, a 23-year-old Massachusetts woman, developed a serious muscle condition called rhabdomyolysis after attending a spin class in September, she told the "Today" show. Initially, she thought the painful symptoms of the condition were due to her intense workout.

"I was definitely pushing myself for sure, but I don’t think I was overworking myself to the point where I was like, ‘Okay, I really overdid it,’" Franco told the show. "[But] as soon as I stepped off the bike, my knees just gave out and I pretty much fell. I thought that was strange at first, but then I was like maybe it’s just my muscles are tired, weak and just a little bit sore."

The next day, she said the muscles in her leg felt "tense" and began to swell, which she mistook for workout gains. However, the symptoms escalated to the point where she was unable to walk, and her urine even began to take on a darker color. It was then Franco wisely decided to go to the hospital.

There doctors discovered that rhabdomyolysis was causing protein to leak into her blood, causing damage to her kidneys. Her right leg also developed acute compartment syndrome, which restricted blood flow.

It’s been two months since the surgery and she still can’t walk without crutches. Medical officials informed her that it might take up to a year to fully recover. In all, it’s a good lesson in workout moderation and how, sometimes, the gains simply aren’t worth it.

"I don't want this to take away from my passion of being fit and active, but I want take it as a lesson and change some things going forward," she told the show. "I definitely want to be kinder to my body."