Study: Weight Gain Caused by Eating Specific Foods, Not Eating Too Much

"People may lose weight with less hunger and struggle." 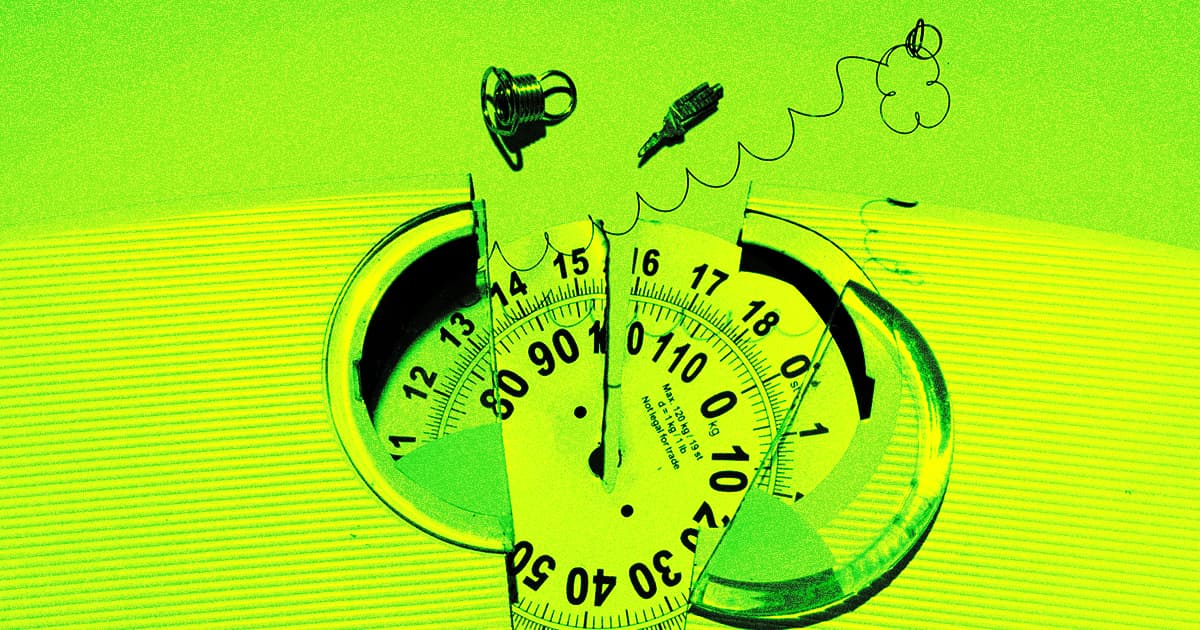 Researchers studying weight gain believe global obesity trends might be driven more by the types of food we eat rather than how much we eat.

Their findings, published The American Journal of Clinical Nutrition, argue that the energy-balance model (EBM), the dominant medical framework which holds that weight gain is caused by consuming more calories than you burn, is no longer widely applicable due to the wide availability of processed foods. Instead, the researchers say that a carbohydrate-insulin model (CIM), which analyzes the under biological mechanisms of weight gain, is more relevant — and might be the only practical way to tackle the world's looming obesity crisis.

"During a growth spurt, for instance, adolescents may increase food intake by 1,000 calories a day," said Dr. David Ludwig, an endocrinologist at Boston Children’s hospital and co-author of the study, in an American Society for Nutrition press release. "But does their overeating cause the growth spurt or does the growth spurt cause the adolescent to get hungry and overeat?"

The CIM suggests that much of the world’s obesity issues are caused by eating too much food with a high glycemic load, or foods that are quickly digested and rapidly raises one’s blood sugar. These foods often contain highly-processed carbs and can result in hormonal responses, doctors say, that tell your body to store more calories as fat.

Someone using the CIM as a weight loss model then might cut back on highly-processed foods instead of cutting back on calories as a whole, alongside common sense strategies like living a more active lifestyle.

Ludwig added that "reducing consumption of the rapidly digestible carbohydrates that flooded the food supply during the low-fat diet era lessens the underlying drive to store body fat."

"As a result, people may lose weight with less hunger and struggle," he said.

However, this doesn’t mean that the EBM should be ignored entirely. There’s plenty of evidence that shows cutting back on calories can play a major role in losing weight. Even the authors of this study recognize that more research is needed into each model before any strong conclusions can be made either way.

READ MORE: Scientists Claim that Overeating Is Not the Primary Cause of Obesity [American Society for Nutrition]

More on obesity: Doctors Are Really Psyched about this New Weight Loss Drug