Wasps could aid us in fighting new strains of bacteria. 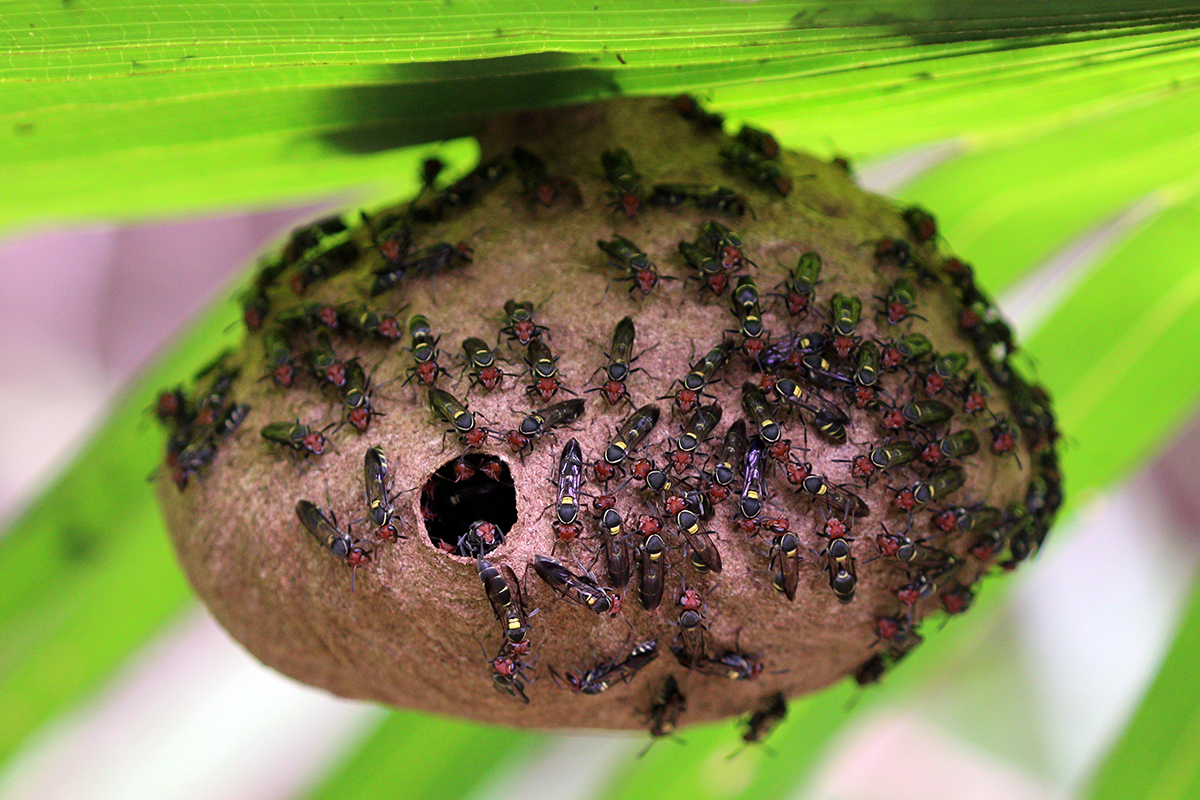 Antibiotic-resistant bacteria pose a major threat without novel treatments. Thankfully, relief may come from a winged insect few would welcome into their lives.

Insect venom is a complicated compound made up of many different proteins, peptides, and enzymes. Some of these compounds are quite useful for killing bacteria. Unfortunately many are also toxic to humans which has limited their medicinal uses, until now.

On Friday, researchers from the Massachusetts Institute of Technology announced a study in which they altered venom from South American wasps to kill off bacteria, without being toxic to humans.

After lab-testing the toxicity of the altered wasps' venom, the research team tested the compound in laboratory mice infected with an antibiotic-resistant bacteria common in the urinary tract and burn injury infections. The most potent venom variant was able to completely eradicate the bacteria from the infected mice and could eventually be used for the same purpose in human beings.

“We’ve repurposed a toxic molecule into one that is a viable molecule to treat infections,” said Cesar de la Fuente-Nunez, lead author of the paper announcing the study. De la Fuente-Nunez noted that to see the venom completely fight off an infection was "quite surprising and exciting" and not something usually seen with other experimental antibiotics.

The next step for researchers will be to create variants capable of fighting infections at lower doses. De la Fuente-Nunez also plans to explore the possibility of antibiotics created from other naturally occurring substances.

A Spoonful of Sugar

Antibiotic-resistant bacteria pose a major threat to humans and have been discovered just about any place humans are, including pet stores and even the International Space Station. We face an increased risk of epidemics without novel ways to treat infections. Finding new sources of potential antibiotics, similar to wasp venom, could become crucial as drug-resistant bacteria become more common.

More on advanced antibiotics: There’s a New Antibiotic in Town, and We Can Create It in the Lab

3.06.18
Antibiotic Resistance Has Made Another Dangerous "Jump" Between Species
2.16.18
Fecal Transplants See Success in 90 Percent of Bacterial Gut Infections
2.13.18
Bacteria Hidden Under Our Feet May Be a New Weapon Against Superbugs
1.22.18
Antibiotic Algorithm Will Fast-Track the Search for New Medicine
11.27.17
A Mysterious Bacterium May Be a Critical Part of Cancer