The Russian leader fears the idea of far-fetched "gene weapons." 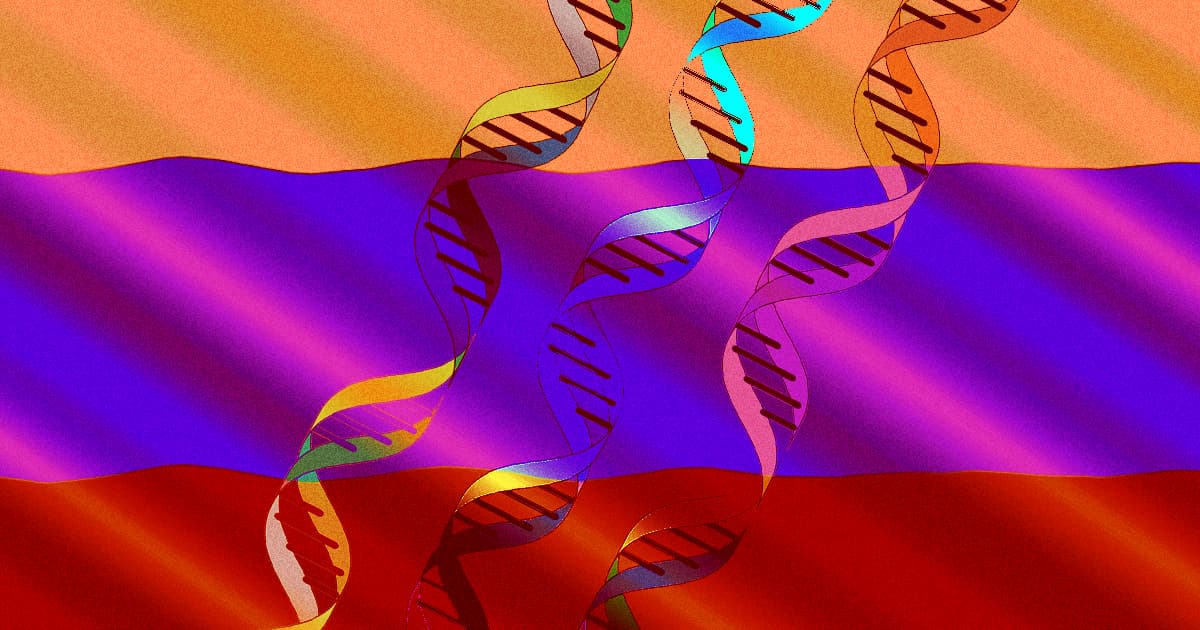 Russian President Vladimir Putin is reportedly horrified that human gene editing will result in someone developing a weapon capable of wiping out entire populations and demographics at once.

“We ought to sit down and work out some common rules in this extremely sensitive area,” Putin warned in a 2018 speech.

But just one year later, he approved $1.7 billion in genetics research funding, Meduza reports, and twice as much money is likely coming soon.

Putin’s fear of gene-hacking warfare is so pressing that experts suggest he agreed to fund the country’s ambitious genetics research program primarily because scientists added the word “security” to the list of applications in their proposal, according to Meduza. Later, the same researchers joked in private that the Russian President was probably imagining developing or defending against weaponry they believe is not possible to develop.

Those “security” applications were actually geared toward protecting Russia from dangerous diseases like SARS and Ebola — the COVID-19 pandemic hadn’t even erupted yet — and to build up a robust genetics research program in Russia independent from the global research community.

“In this part [of the proposal], they outlined a plan to ensure technological independence — basically, security in a broader sense,” a molecular biologist at Moscow’s Engelhardt Institute named Dmitry Kuprash told Meduza. “We need to be able to manufacture our own chemical agents and equipment and safeguard Russia’s genetic technologies, in case it all goes sideways and we’re totally cut off by sanctions.”

Even though a “gene weapon” like the one that has Putin so concerned may be completely impossible and is certainly out of reach of today’s tech, it sounds as though his fear gave rise to a formidable and ambitious genetic research program that will definitely be worth keeping an eye on as gene editing technology continues to develop.

READ MORE: From gene bombs to classroom curriculum How Vladimir Putin became infatuated with genetics and entrusted the industry to friends and family [Meduza]

Image by Jorono via Pixabay / Futurism

9.10.21 Studies
Genetics Papers Retracted Over Human Experimentation Scandal
7.12.21 Genetics
WHO Says Gene-Hacking Superhumans Should Be Illegal
6.28.21 Genetics
Man Charged With Rape After Uploading His DNA to Ancestry Site
5.21.21 Studies
Scientists Gene-Hacked Monkeys to Fix Their Cholesterol
4.12.21 Genetics
CRISPR Has a Problem: It Mangles DNA It Wasn’t Supposed to Touch

9.10.21 Developments
Hugh Laurie, Who Played Dr. House, Appears to Have Just Brutally Roasted Anti-Vaxxers
"I’m extremely grateful to those who have thought for me."
By Victor Tangermann / Read More >>
9.09.21 Developments
COVID Test Made Man’s Head Leak Cerebrospinal Fluid for Nine Months
That's an aggressive nasal swab.
By Dan Robitzski / Read More >>
9.09.21 Rx/Medicines
WHO Chief “Appalled” By Rich Countries Hoarding COVID Vaccines
In lieu of what he calls broken promises, the WHO director-general extended his moratorium on booster shots.
By Dan Robitzski / Read More >>
Keep up.
Subscribe to our daily newsletter to keep in touch with the subjects shaping our future.