A Kroger clinic in Virginia jabbed people — but forgot the vaccine. 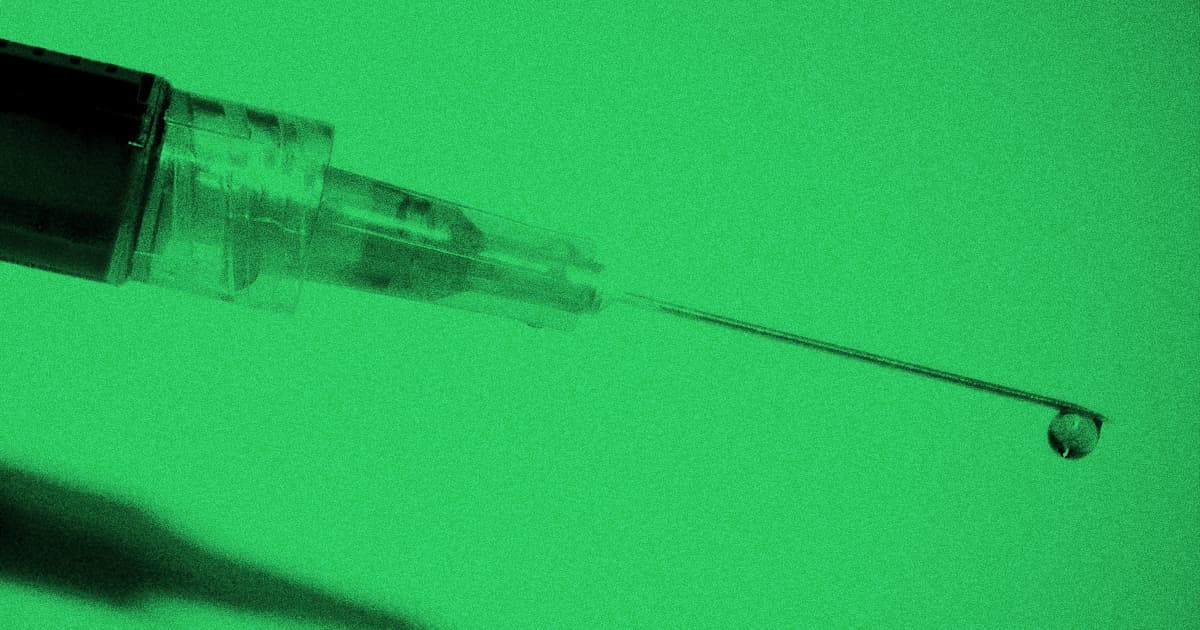 In an extremely unlucky twist, some people who went in to get their coronavirus vaccines got an armful of nothing instead.

A Kroger clinic in Virginia messed up several people's vaccinations — the company says fewer than ten — by forgetting to actually put the vaccine inside the syringe first, local channel CBS 6 reports. All of the people affected have since been contacted and vaccinated, for real this time, but the incident was a horror story in the making, in which unvaccinated people may have started going about their lives as if they were protected.

"My biggest concern was if they if they hadn't discovered it, even if there were only a few of us, you know, we all thought we'd gotten vaccinated," a man who was injected with a syringe full of air told CBS 6. "And we really weren't. That's a false sense of security. So I'm very happy that somehow they figured out what happened."

Kroger initially told CBS 6 that the needles were full of saline rather than a vaccine, later clarifying that they were actually empty. Getting injected with an empty syringe is dangerous. If they're in the circulatory system, air bubbles can block blood and therefore oxygen from getting where it needs to go, leading to serious injury. But there's no indication anything like that happened this time.

"It stung a little bit going in. I always get my flu shot, and it kind of hurt a little bit more than that," the same man told CBS 6. "But when I got the real shot, it was significantly different. I felt it immediately."

Kroger did not respond to CBS 6's inquiry as to how the incident, which the company called an "honest mistake," happened in the first place, but did say that it retrained all of its vaccinators and is now working closely with the Virginia Department of Health.