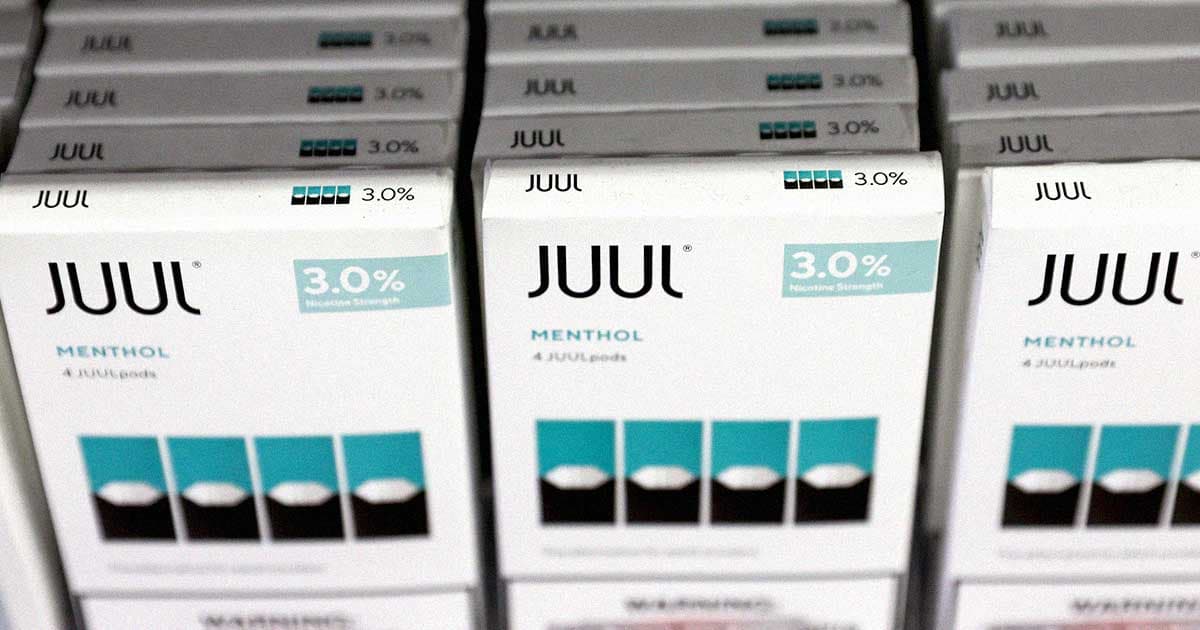 As predicted, the US Food and Drug Administration has ordered popular e-cigarette maker JUUL off the US market, a notable turning point in the regulation of vaping products.

That means the JUUL device itself, as well as tobacco and menthol flavored pods that provide the nicotine hits, will no longer be sold in the United States going forward. The sale of all sweet and fruit-flavored e-cigarette cartridges was already banned back in early 2020.

"Today’s action is further progress on the FDA’s commitment to ensuring that all e-cigarette and electronic nicotine delivery system products currently being marketed to consumers meet our public health standards," said FDA commissioner Robert Califf in a statement.

The regulator also pointed at the fact that JUUL may have gotten a substantial number of minors hooked on nicotine.

"We recognize these make up a significant part of the available products and many have played a disproportionate role in the rise in youth vaping," Califf said.

According to the statement, the regulator found that JUUL's premarket tobacco product applications "lacked sufficient evidence regarding the toxicological profile of the products to demonstrate that marketing of the products would be appropriate for the protection of the public health."

In fact, some "insufficient and conflicting data" led the FDA to conclude that JUUL had not done its homework to ensure that "potentially harmful chemicals" were not leaching from the company's offerings.

"As with all manufacturers, JUUL had the opportunity to provide evidence demonstrating that the marketing of their products meets these standards," said Michele Mital, acting director of the FDA’s Center for Tobacco Products, in the statement. "However, the company did not provide that evidence and instead left us with significant questions."

"The goal of the potential rule would be to reduce youth use, addiction and death," the FDA said in a statement.

What remains to be seen, however, is how the JUUL ban will affect overall sales as the FDA's decision will now allow the e-cigarette maker's biggest competitors to flourish.

More on JUUL: The FDA Is Reportedly About to Shut Down JUUL