Two Women Will Undergo Three-Parent Baby Therapy in the UK

It will allow two women to have children who don't inherit their rare genetic disorders. 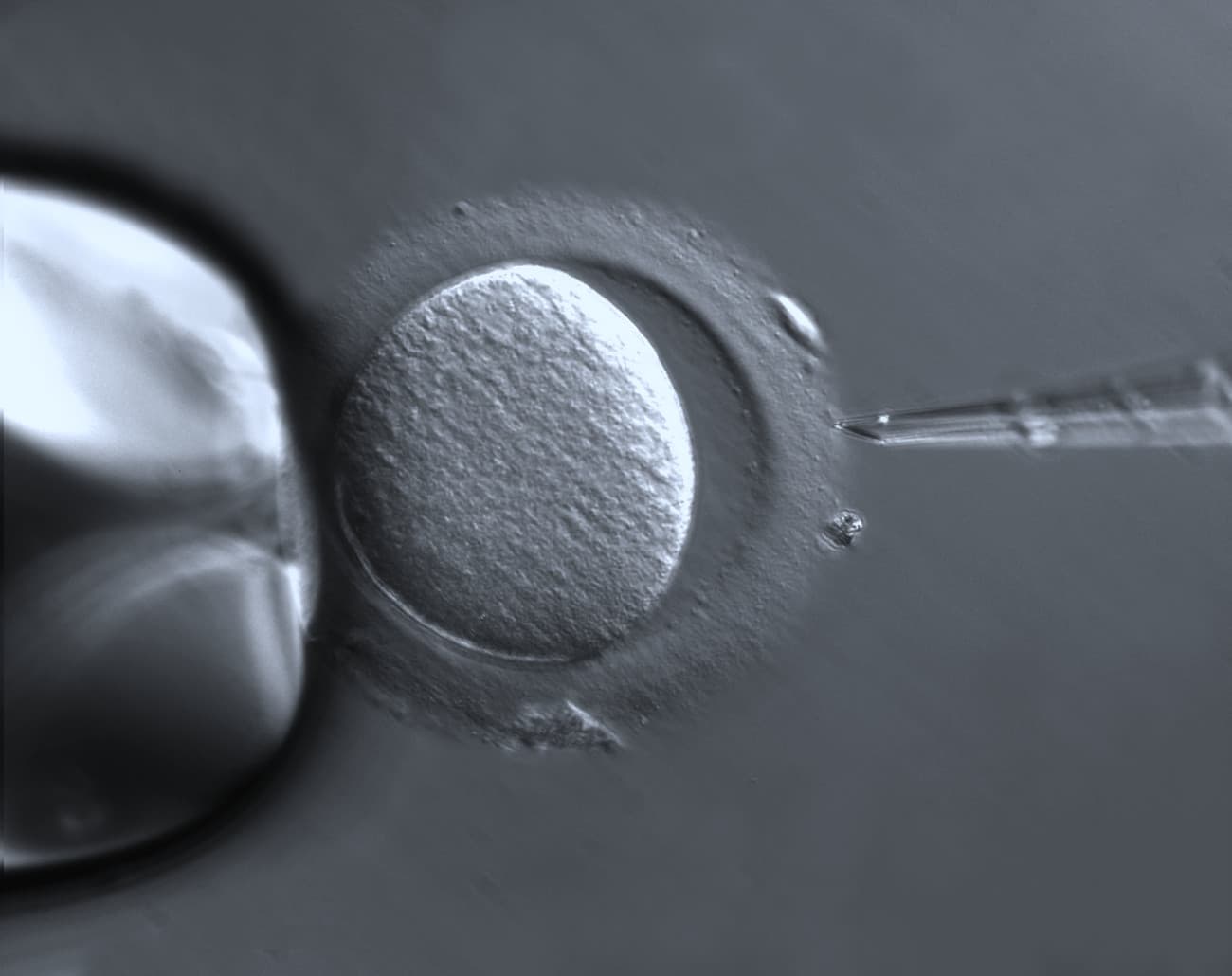 Regulators in the United Kingdom have given doctors the green light to perform mitochondrial donation therapy on two British women. The controversial form of IVF results in "three-parent babies," and the women will be the first in the U.K. to undergo the procedure.

The Human Fertilisation and Embryology Authority (HFEA) confirmed the approval on February 1. Mary Herbert, professor of reproductive biology, will oversee the procedure, and it will be carried out at the Newcastle Fertility Centre, which is where neurologist Doug Turnbull first developed the therapy to prevent mothers from passing on mitochondrial DNA mutations.

Most of a person's DNA — 99.8 percent — is found in the 23 pairs of chromosomes that reside in the nucleus of their cells. The rest is located in the mitochondria, which sit outside the cell's nucleus.

According to minutes from the HFEA’s approval committee, the two women set to undergo the therapy carry a mutation in a mitochondrial gene that causes a rare condition known as myoclonic epilepsy with ragged red fibres (Merrf syndrome).

Mitochondria are passed from mother to child, so with traditional IVF, the Merrf mutation would have certainly been passed on to the women's children. The hope is that this unique treatment will allow them to give birth to children that are biologically theirs but that don't carry the Merrf mutation.

“It’s good to do this," Salvatore DiMauro, an expert in mitochondrial disease at Columbia University in New York, told The Guardian. "Merrf is a crippling disease. It’s the only way to be sure it is not passed on."

While this is the first time mitochondrial donation therapy has been approved in Britain, it has been performed elsewhere.

New York doctor John Zhang performed the procedure on a woman with Leigh syndrome, and in 2016, she gave birth to a child who did not inherit his mother's fatal disorder. In fact, less than 1 percent of the baby boy's mitochondria carries the mutation. In 2017, an infertile couple in Ukraine gave birth to a baby conceived via mitochondrial donation therapy.

In 2017, the United States Food and Drug Administration (FDA) forbid Zhang from performing the therapy in the U.S., which is one of the reasons the U.K. approval is so exciting. The FDA's decision was a step backward after the initial success in Mexico, but if the therapy is successful in the U.K., it could convince the rest of the world that the therapy is worthy of further exploration.

People who carry mitochondrial mutations might never get the chance to have children, and if they do, those children might suffer from debilitating, sometimes fatal illnesses. Mitochondrial donation therapy may still be very new, but it has already exhibited significant promise as a way to help these women achieve their goals of having healthy offspring.

Sure, the concept of three-parent babies might seem out of the ordinary now, but if the procedure gains traction, it could one day become as accepted as traditional IVF. Hopefully, the Newcastle procedures will go according to plan, and the two women will have the opportunity to raise healthy children of their own.

3.20.19
A Smuggler Just Got Caught With a Live Human Embryo in His Luggage
9.20.17
Scientists Edit Embryos with CRISPR to Better Understand Early Human Development
4.04.17
Genetics 2.0: Scientists Have Officially Created a New Kind of Child
3.29.17
Older Women Are Getting Pregnant Thanks to a Radical New Menopause Treatment
3.18.17
Three-Parent Babies Are the Next Big Thing in Pregnancy