You Can Track COVID Outbreaks by Google Searches, Scientists Say

Could people googling symptoms be a giveaway for the next COVID hotspot? 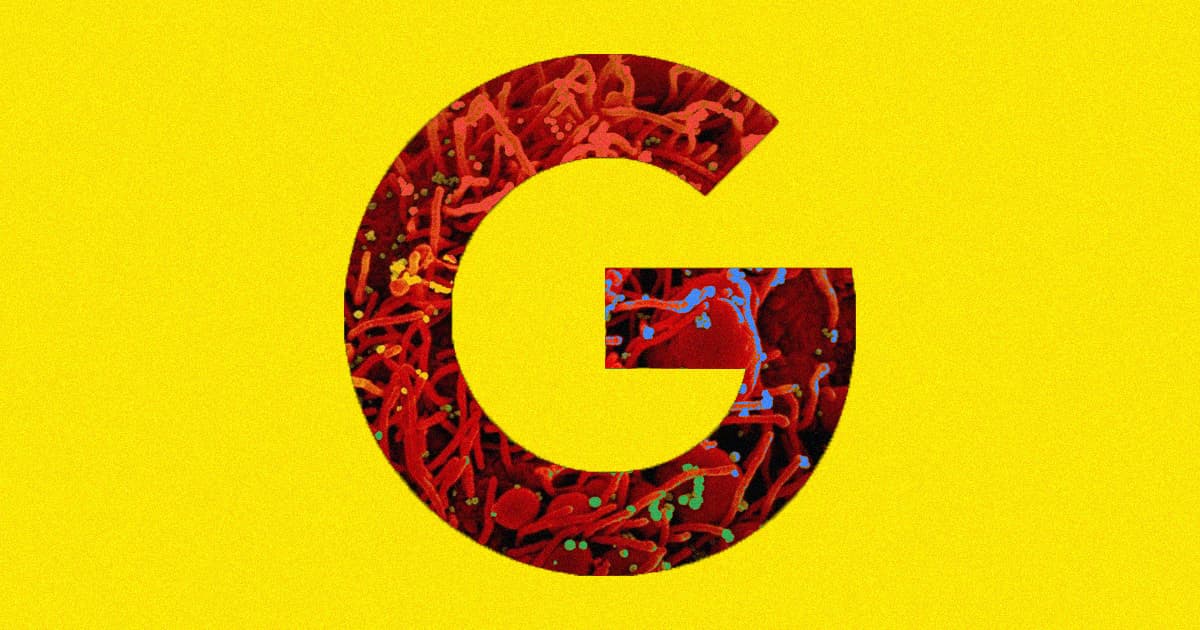 That's because the coronavirus causes, well, bad poops — gastrointestinal issues ranging from abdominal pain and loss of appetite to diarrhea. People get sick, the thinking goes, and google their symptoms whether they know they have COVID or not. And that means, according to the new research, that authorities could use geographically tagged data from Google to construct an early warning system for future outbreaks.

The Mass General researchers, in fact, relied only on publicly accessible data from Google Trends from the early months of the pandemic, where they looked for spikes in searches for terms like "loss of appetite" and "diarrhea."

They found that several search phrases seemed to be correlated with a looming outbreak, especially those associated with loss of appetite and taste (another common early symptom.)

"Our results show that Google searches for specific, common GI symptoms correlated with incidence of COVID-19 in the first weeks of the pandemic in 5 states with high disease burden," the doctors wrote in a paper about the work published in the journal Clinical Gastroenterology and Hepatology. "Specifically, searches for ageusia and loss of appetite correlated most strongly with the rise in COVID-19 cases in high-incidence states."

In a post about the research, Mass General cites earlier work by Google itself, which purported to show that researchers could track influenza outbreaks by watching for search trends associated with symptoms. That work, however, came under scrutiny after subsequent years failed to accurately predict flu hotspots, and was eventually called off in 2015, when the search giant handed off the research to various institutions.