She wanted to display it at her family's taxidermy shop next to a sign saying "wear your boots, kids." 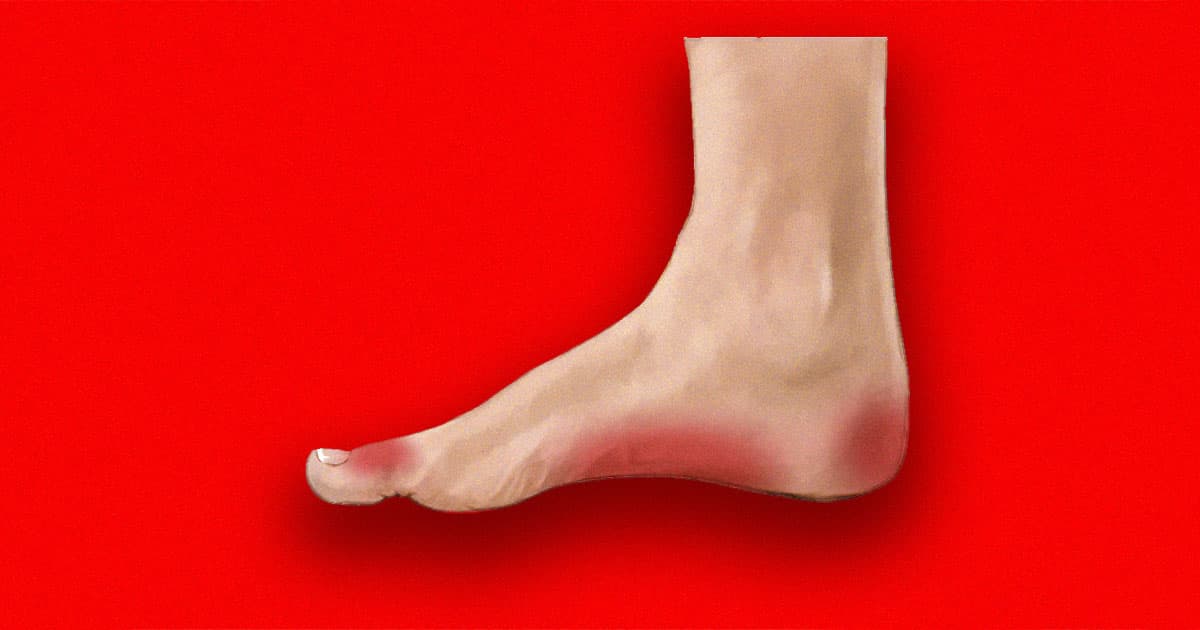 You know, we never thought "taxidermists maybe shouldn't work in the healthcare system" could be a hill that we'd die on. But considering what just happened in Wisconsin, it just might.

In a complicated and unhinged case, a Wisconsin hospice nurse and taxidermist named Mary K. Brown is facing up to 92 years in prison for both "intentionally causing great bodily harm to an elderly person" and literally just "mayhem," according to The Washington Post, after allegedly cutting off a dying 62-year-old man's frostbitten foot with gauze scissors — without the permission of the man or even the nursing home where he'd been admitted.

Brown's coworkers at the nursing home claim that Brown had pushed doctors to approve an amputation, meanwhile telling fellow nurses that she wished take the foot home and display it at her family's taxidermy shop next to a sign saying "wear your boots, kids."

According to WaPo, the man had made his way to the nursing home — the Spring Valley Health and Rehabilitation Center — back in March. He'd fallen at his home and couldn't get up, and while he was incapacitated the heat went out; by the time he was discovered, both his feet had suffered severe frostbite.

His health, however, was worse than just the frostbite, and doctors admitted the man into hospice care under the expectation that he'd soon die.

Because the man was thought to be close to death, the doctors reportedly saw no reason to amputate his frostbitten feet. Which is why, after the man died several weeks later, the Pierce County medical examiner filed a criminal complaint to investigate the fact that the man's right foot had, in fact, been removed.

The details are a bit hazy, but WaPo reports that it all went down on May 27. Several days prior, the man had apparently rolled out of his bed, which further mutilated his already injured right foot. In a grisly turn, CBS reports that after the fall, the foot was only hanging on by a tendon.

It was at this point that Brown, allegedly eager to literally hang a frostbite pun on her mantle, apparently saw an opportunity, and asked if she could amputate. Tracy Reitz, the taxidermist's superior, told her no — the man was expected to die in the next few hours. Instead, Brown was told just to stabilize the foot.

But once again, the patient defied expectations, holding on for days. And finally, on May 27, it's alleged that Brown took things into her own hands.

Per WaPo, she rallied three coworkers, who accompanied their coworker as she snipped the man's remaining tendons with gauze scissors. Brown told investigators that she didn't think the patient was able to feel the Frankensteined procedure; another nurse who was in the room, though, told them that the man had told her he'd "felt everything and it hurt very bad."

After the foot was off, Brown allegedly mentioned her desire to preserve and "bronze" it. To investigators, however, Brown has reportedly maintained that she simply wanted to help ease the man's suffering, and took action without approval only because she assumed her request would've only been denied once again.

Again, the details here are scattered, and really just overwhelmingly strange. Could amputation have helped the guy out? Maybe. But Brown allegedly acted without approval — of the nursing home, sure, but most importantly, of the elderly patient himself.

"Brown had no doctor's order to conduct an amputation," reads the criminal complain, according to CBS. "[Brown] stated that she did not have any authorization to remove VICTIM's foot. Brown did not have VICTIM's permission to amputate his foot. Administrators of the nursing home agreed that it was outside of the scope of Brown's practice to conduct such a procedure and a doctor's order was necessary prior to any amputation."

Takeways here are hard to comeby. At the end of the day, rest in peace to this man.